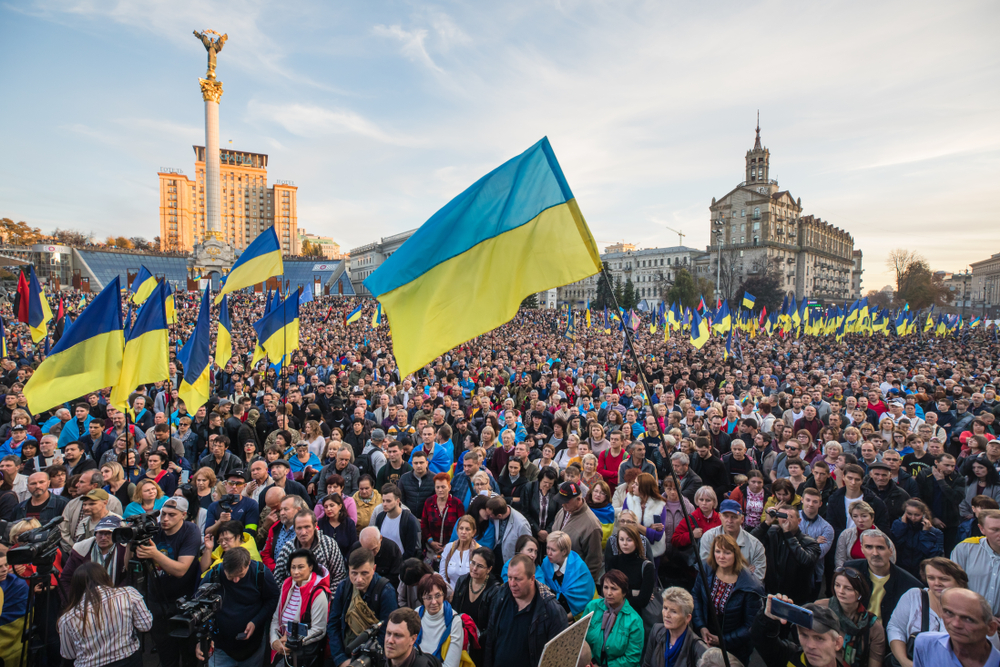 Although the U.S. has been involved in multiple endless wars, none of them have posed an existential threat. That’s because none of them have been against a serious military power, one with well-trained conventional forces and extensive nuclear weapons, like Russia.

Some American policymakers contemplated starting such a catastrophic conflict for trivial stakes, but thankfully they failed. For instance, in 2008 the ever-bombastic Sen. John McCain declared “we are all Georgians now” after Tbilisi attacked Russian forces in the breakaway province of South Ossetia. The Bush administration considered attacking Moscow’s military units moving into combat but thought better of starting World War III.

In 2016, New Jersey Gov. Chris Christie led a parade of tough-sounding Republican presidential candidates in threatening to shoot down Russian planes flying over Syria. This reckless proposal would have simultaneously thrust the U.S. into a bitter, multi-sided civil war and brought America to the brink with nuclear-armed Moscow. After his election, Donald Trump sensibly declined to follow this invitation to trigger Armageddon.

Now troops are on the march in Europe. Russia has mobilized extensive forces along the Ukrainian border, spawning a flurry of diplomatic activity. So far there has been more sound and fury than blood and guts. The betting is that no one wants war. But when tensions rise, mistakes become increasingly possible. No one would really win any resulting conflict.

The Russian Empire and Soviet Union, essentially a reengineered version of the Russian Empire, crushed individuals and peoples underfoot in pursuit of greater international glory. Nevertheless, dissolution of the USSR was extraordinarily painful to Russian nationalists. Although eventually reacquiring Moscow’s old colonial domains was well beyond reach, including geographic pockets of ethnic Russians appeared to be a more realistic ambition. So did reasserting Moscow’s influence in its “near abroad,” establishing Russia’s equivalent of America’s Monroe Doctrine, which stated that only the U.S. was entitled to oversee America’s “near abroad” of Latin America.

Still, when Boris Yeltsin resigned two decades ago, leaving his government to Vladimir Putin, such ambition was well beyond the Russian Federation’s capabilities. Apparatchik-dominated gangster capitalism replaced authoritarian communism. The U.S. and European states, reveling in their triumph, humiliated Moscow at every turn — expanding NATO despite contrary commitments, dismantling Serbia, and promoting “color revolutions” in Georgia and Ukraine. Whether or not these actions were “justified,” whatever that might mean, is irrelevant. No Russian government could have accepted them with equanimity.

By the time Washington and Brussels got around to redirecting Ukrainian commerce to Europe and promoting a street putsch against the elected (though highly flawed) pro-Russian president of Ukraine in 2014, Putin and his allies had remade the Russian Federation. In response, Moscow seized Crimea, the historic Russian province containing the important military base of Sevastopol, and backed separatist movements of ethnic Russians in the Donbass in Ukraine’s east. Although a ceasefire was eventually reached and generally held, some 14,000 people died in the fighting, which became a classical “frozen” conflict.

Neither Ukraine nor Moscow seemed to favor their negotiated solution. Both sides quickly violated the Minsk Protocols. Russia continues to support the separatists, while Ukrainian nationalists killed Kiev’s promise to provide the dissident regions with greater autonomy. Moreover, backed by Europe and America, Ukraine insists that Crimea, now integrated into Russia, be returned, irrespective of the views of the Crimean people. That won’t happen, absent Russia’s defeat in a general war, which would be devastating for everyone concerned. Nor should Crimea be transferred without its residents’ consent: Almost certainly a majority was for annexation by Moscow in 2014, though the referendum was far short of fair. And a majority probably would want to remain with Russia even today, though no one knows for sure.

Russia’s behavior was terrible, of course, but American and European officials were foolish and reckless. Pushing for the inclusion of Georgia and Ukraine in NATO was particularly heedless, adding states that would not improve allied security and could only be seen as the culmination of an aggressive advance up to Russia’s borders.

Washington would never have tolerated a similar situation in its unabashed sphere of interest of the Western Hemisphere. Had the Soviet Union pressed Mexico to orient economically to Moscow’s allies, led by Cuba, Peru, Venezuela, and Brazil; encouraged a revolution overthrowing the elected and U.S.-backed government in Mexico City; and proposed that the new rulers join the Warsaw Pact, members of the Washington Blob would have gone crazy. Enthusiastic members of the bipartisan war party like John McCain, Lindsey Graham, Joe Lieberman, Tom Cotton, and Robert Menendez would have done the Maori Haka around Capitol Hill while declaring that everyone was a Mexican now and demanding war. There would be grim comparisons to the Cuban Missile Crisis.

Russia’s conventional buildup includes 100,000 troops, 1,300 each tanks and artillery pieces, 380 rocket launchers, and 3,700 drones. Of course, as Moscow observed, it has authority to move troops within its own borders, though its claim that it was merely engaged in innocent military exercises was incredible. At the same time, a Russian invasion is very unlikely. Had Putin wanted to create the much-predicted “land bridge” to Crimea, he could have done so in 2014 with little resistance and no greater response from the U.S. and Europe. Nor would he want to rule over a hostile country of nearly 40 million people — after subtracting those in Crimea and the Donbass — which bitterly resisted Soviet and German control.

Moscow might be testing U.S. and European reactions, given the recent administration transition in Washington and coming leadership changes across Europe, most importantly in Berlin. But aggravating the Biden administration and undermining friendly forces in Europe for no evident gain would be a dubious strategy. More likely, the maneuvers are directed at Kiev — an inducement to move forward with the Minsk agreements, a reaction against a recent domestic crackdown on Russia-friendly politicians and television stations, and/or a warning to President Volodymyr Zelensky, who has dramatically hardened his position against Moscow. Indeed, Zelensky called Putin’s moves “muscle-flexing.” These might not be good reasons to unsettle the continent, but Russia’s behavior falls well within the unpleasant norms of international behavior.

Such a result, or something similar, though far from perfect, would serve the interests of all better than the situation today, a frozen conflict that continually erodes any relationship between Russia and the West and that could unexpectedly explode, with potential nuclear consequences. The U.S. doesn’t want war and would prefer to cooperate with Moscow in the Middle East, on terrorism, dealing with China, and in confronting North Korea’s nuclear weapons.

Europe also doesn’t want war and would prefer to increase commerce with Russia. The Baltic States and Poland would prefer to have a pacific, nonthreatening neighbor to their east as well as west. Ukraine would prefer to end a conflict that has cost too many lives and too much treasure, undermined domestic politics, and destabilized the nation. Russia would prefer to achieve security without conflict and see its concerns addressed, rather than dismissed, by the West.

President Donald Trump might have desired such a result, but false claims of collusion with Moscow hampered his ability to reform policy. Perhaps Biden, who called Putin to indicate his interest in creating a working relationship and holding a summit before imposing a new round of diplomatic penalties and economic sanctions, can do better and play the Nixon to China role. It might be a long shot, but already Biden has approached as well as punished Moscow.

Russia’s behavior is morally debilitating and regionally destabilizing, but not globally threatening. Ukraine deserves support in developing a stable, democratic polity and prosperous, market-driven economy. But Kiev has no claim to become yet another American and NATO defense dependent. Ukraine simply is not worth the risk of war with a determined nuclear power. If Europe feels differently, it should act, spending its money and putting its troops at risk. But America, the world’s great but essentially bankrupt superpower, must start setting priorities.