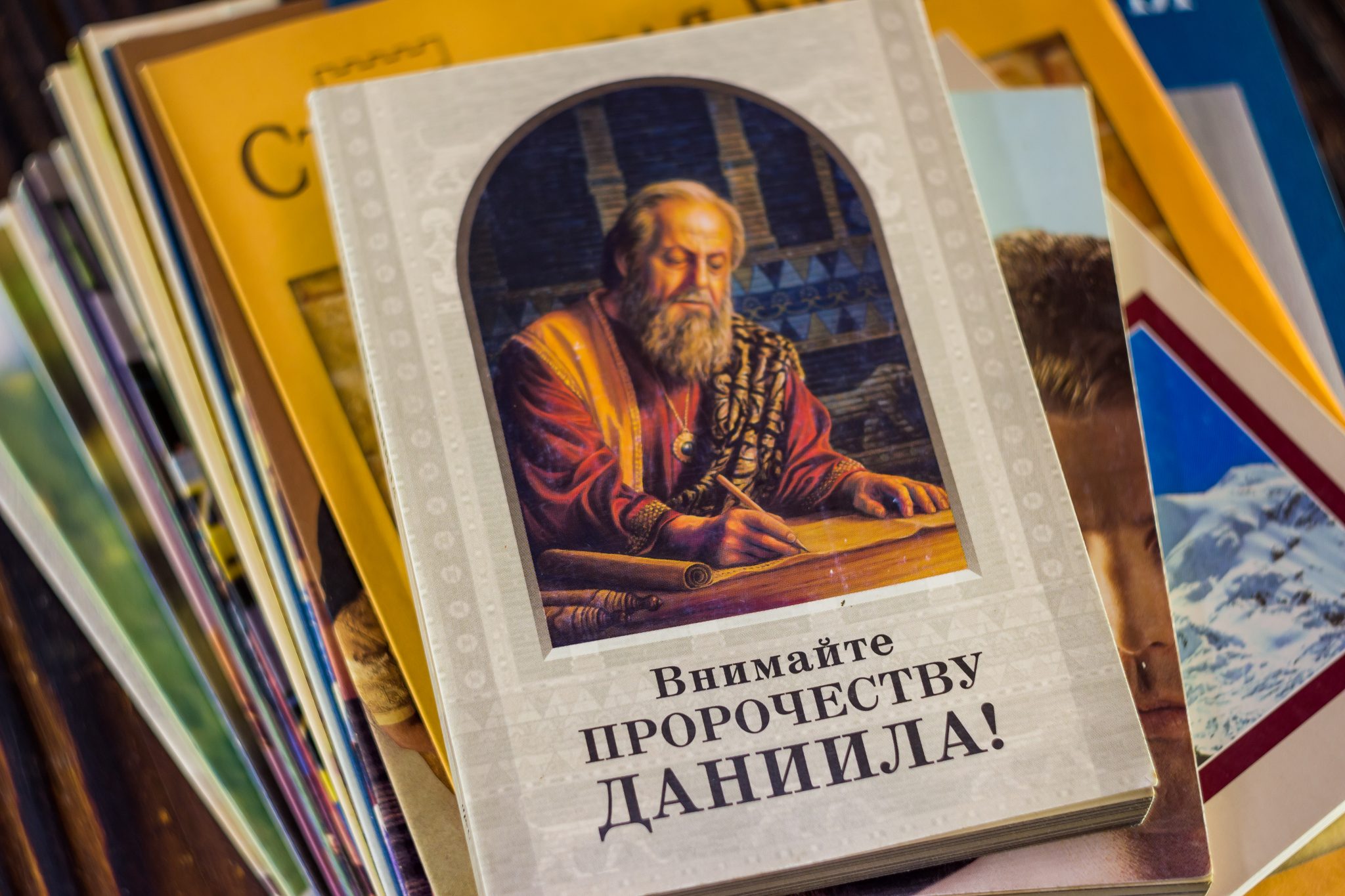 Religious persecution is on the rise internationally. No faith is exempt from both hostility and brutality. The worst persecutors are Muslim-majority states. The next largest category of governments that limit religious liberty are authoritarian, many formerly communist. Unfortunately, Russia, historic home of Orthodoxy, has become increasingly inhospitable to smaller, disfavored faiths.

Some regimes that favor one religion or another accommodate traditional beliefs. For instance, Muslim regimes often accord minimal respect to “people of the book,” meaning Christians and Jews, though fierce hostility and discrimination, if not violent persecution, often still occur. Similar has been the approach of Russia, which favors the Orthodox Church but does not ban other leading faiths.

At much greater risk, however, are smaller, non-traditional sects. Baha’is may be the most brutally mistreated religious people in Iran. Yazidis suffered especially under Islamic State rule. In Russia Jehovah’s Witnesses (JWs) have been targeted for no logical reason.

There are some 8.7 million JWs worldwide, with the largest concentrations in America, Mexico, and Brazil. Some of my distant relatives were JWs, and a “kingdom hall” was located just a few blocks away from my parents’ California home, which I passed when jogging. They are a Christian offshoot, non-trinitarian and thus not orthodox. They are mostly known for their opposition to military service and blood transfusions, and reliance on door-to-door proselytism.

JWs are not politically active but tend to irritate governments by refusing to respect symbols of state authority, including flags. They are serious about their faith: thousands ended up in Nazi concentration camps. They also were plaintiffs in two U.S. Supreme Court cases challenging the Pledge of Allegiance (the first upheld the practice; a few years later the high court reversed the earlier decision and blocked the requirement).

In Russia’s case the main issue appears to be the fact that JWs are guilty of “social hostility” in Moscow’s view. The faith is doctrinally odd and poorly understood, while believers form a distinct, even insular community. To some Russians, at least, JWs don’t fit in. Which appears to be the basis for the campaign against JWs and some other groups.

Reported the U.S. Commission on International Religious Freedom: “During 2019, religious freedom conditions in Russia deteriorated. The government continued to target ‘nontraditional’ religious minorities with fines, detentions, and criminal charges under the pretext of combating extremism. Russian legislation criminalizes ‘extremism’ without adequately defining the term, enabling the state to prosecute a vast range of nonviolent religious activity.”

JWs obviously pose no threat to the state. Indeed, a couple years ago Russian President Vladimir Putin was asked about the campaign against them. He treated the church dismissively, opining that “our society does not consist solely of religious sects. Ninety percent of citizens of the Russian Federation or so consider themselves Orthodox Christians…. It is also necessary to take into account the country and the society in which we live.” Yet he admitted the state should not “label representatives of religious communities as member of destructive, much less terrorist organizations” and he did not “quite understand why they are persecuted.” Although he allowed “this should be looked into, this must be done,” nothing has changed.

Even if originating more from a bureaucratic than presidential imperative, the attack on JWs has been sustained and severe. Observed USCIRF:

The Jehovah’s Witnesses, whom the government banned outright as ‘extremist’ in 2017, faced intensified persecution in 2019. By the end of the year, hundreds of members remained in detention, had travel restrictions imposed upon them, or were under investigation.

Throughout the year, authorities continued to enforce the Supreme Court’s 2017 ruling that banned and criminalized the activity of Jehovah’s Witnesses as “extremist” by raiding homes, seizing personal property, detaining hundreds of suspected members, and sentencing individuals to prison. There were reports that authorities physically abused Jehovah’s Witnesses and members of other religious minority groups in detention.

State cited an especially egregious case in which seven JWs were detained, stripped, and tortured.

Human Rights Watch also noted “escalating” persecution in 2019: “At least 313 people are facing charges, are on trial, or have been convicted of criminal ‘extremism’ for engaging in Jehovah’s Witnesses’ activities, or are suspects in such cases. About two-thirds of them found out about their status as suspect or accused in 2019.” Prison terms were imposed “for such activities as leading or participating in prayer meetings.”

Unfortunately, this mistreatment continued throughout 2020. As of November, Russian police had raided 1219 private homes, charged 409 JWs, restricted 196 from traveling, imprisoned 45 pre- or post-trial, and placed 32 under house arrest. Church property was confiscated and between 5,000 and 10,000 JWs are thought to have left the country. Even these awful numbers do not adequately convey the brutality of Russian enforcement practices.

The JW organization released a report in November detailing the latest abuses:

Russian authorities have been amplifying their attack on the Witnesses in a campaign of terror rivaling the Soviet era. Even in the midst of a worldwide pandemic, authorities continue to persecute and terrorize the Witnesses for merely practicing their peaceful worship.

Heavily-armed police and special forces raid homes of the Witnesses, forcibly entering as if they were dealing with hardened criminals. The authorities often point guns at the heads of the residents — including children, the elderly, and the disabled — and treat them roughly, causing emotional and physical harm. Police confiscate belongings, including Bibles, electronic devices, money, and personal items that have nothing to do with religion.

Those arrested are sometimes placed in pretrial detention. Cases can take months or years to complete. While in custody JWs face physical and mental abuse. The report noted that in February “prison guards beat and tortured five Witnesses in Orenburg. As a result of the abuse, one Witness suffered a broken rib, a punctured lung and damage to his kidneys.” All for simply holding a different belief in the nature of God.

The needless cruelty entailed by their treatment was highlighted by USCIRF in describing Christensen’s situation:

Christensen was granted parole on June 23, but the decision was quickly challenged by a state prosecutor. Rather than being released, Christensen was instead placed in a poorly ventilated punishment cell for allegedly violating prison rules. He has been eligible for early release for a year, due to time served in pre-trial detention, and his health has noticeably deteriorated in custody.

And the campaign continues. In November, CBS News reported: “Russian authorities have carried out dozens of raids and detained several people as they pursue a new criminal case accusing the country’s Jehovah’s Witnesses of extremism, the national Investigative Committee said.” Indeed, added authorities, “searches were underway in more than 20 different Russian regions in connection with the case. A video of one of the raids, posted online by the Investigative Committee … shows men in black balaclavas breaking through an apartment door and later bundles of Russian and Western banknotes are seen lying on a briefcase inside.” JWs were said to hold “secret gatherings,” study “religious literature,” and engage in “recruiting new members.” Just like members of other faiths.

All this for peaceful believers who mostly ignore rather than challenge the state.

More than 30 other countries ban JWs, mostly Islamic nations that mistreat anyone other than Muslims — or, more accurately, the right variant of Muslims. Also targeting JWs are the worst non-Muslim persecutors, most notably North Korea, Eritrea, and China.

Although an authoritarian state, Russia does not belong in this company. A nation that ostentatiously showcases Orthodoxy should not treat religion as an enemy. Putin should put his professed doubt about the attack on JWs into action and end a legal terror campaign that serves no legitimate purpose.

Religious hostility and intolerance blight the globe. Putin could win political credit by doing what is right, separating his nation from the likes of Saudi Arabia, Iran, North Korea, and China when it comes to religious liberty. That would finally do justice to thousands of Jehovah’s Witnesses who merely want to be left alone to worship God.

Doug Bandow is a Senior Fellow at the Cato Institute. A former Special Assistant to President Ronald Reagan, he is author of Beyond Good Intentions: A Biblical View of Politics and Foreign Follies: America’s New Global Empire.
Print