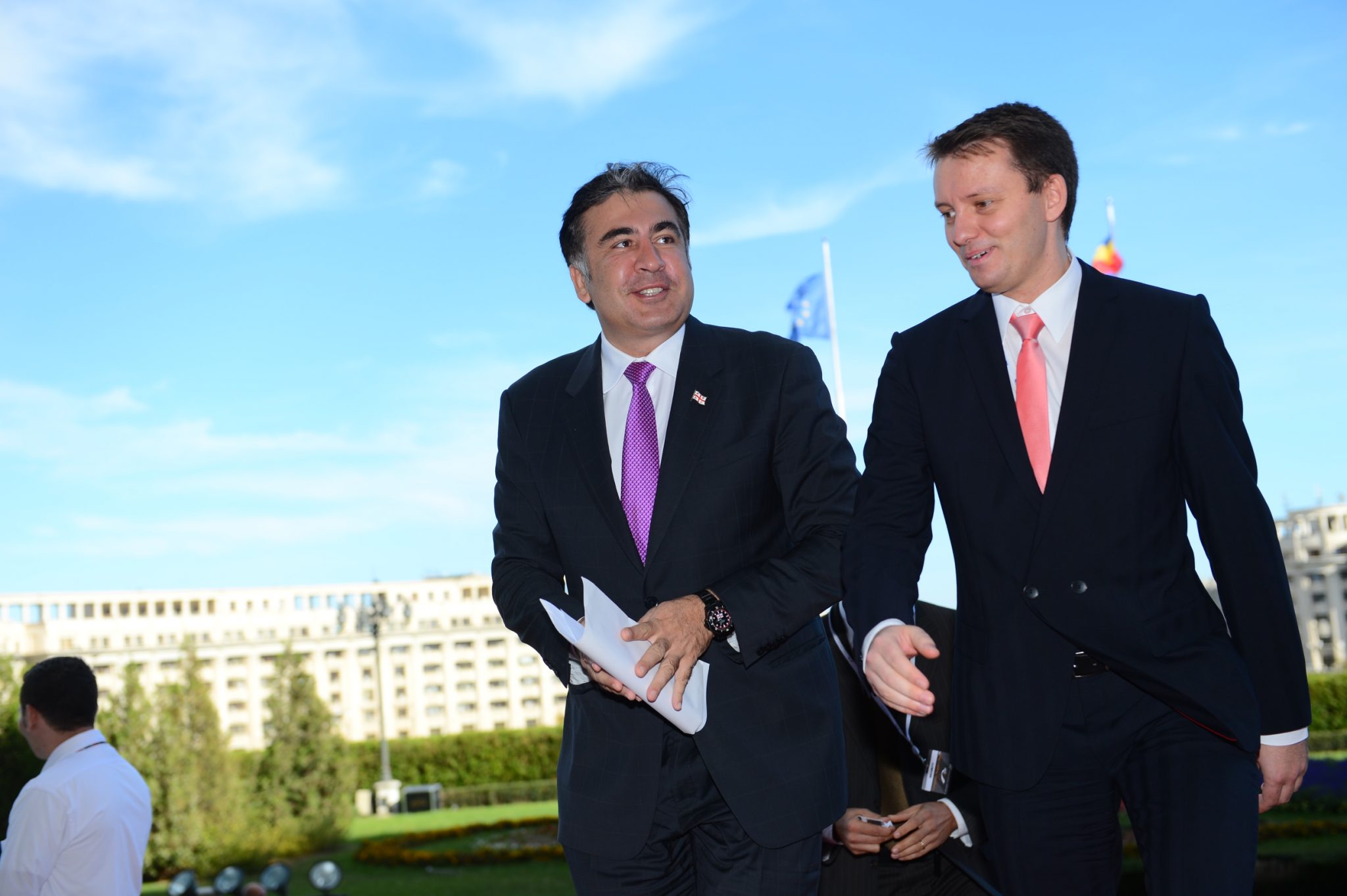 Of all the epithets my critics have called me during my nine years as president of Georgia and six years in Ukrainian politics, my favorite is “troublemaker.” For this honorific, I have to thank Brian McNicoll, whose September 14 article in The American Spectator lambasted me for causing “mischief” in the former Soviet space. But he fails to answer the main question: For whom am I making trouble? So I will answer it myself. Throughout the world, those who benefit from the status quo will always fight to preserve it. Eastern Europe is no exception. We are still struggling to cast off the Soviet legacy of corruption and kleptocracy — indeed, my region has a deeper swamp than Washington, D.C. And that’s exactly whom my reformist agenda caused “trouble” for. When I assumed office after the peaceful Rose Revolution of 2003, I immediately started to “drain the swamp” of inept communist bureaucrats and replaced them through meritocratic competition. We fired and rebuilt the entire police force from the ground up, annihilated the widespread practice of bribery for diplomas, and enacted some of the world’s most business-friendly tax and regulatory reforms.

These bold actions soon paid off. Georgia emerged as a global success story, recognized as the “top reformer” several years in a row by the World Bank. Foreign investment skyrocketed; GDP grew fourfold. No need to take my word for it: Donald Trump himself visited Georgia during my presidency, and he was so impressed with our progress that he called me “one of the great leaders of the world” on Fox & Friends in 2012.

Though Georgia benefited enormously from my reforms, vested interests lost ground. Before my presidency, the country had been ruled by an unholy alliance of venal Soviet bureaucrats and organized crime kingpins. I was a “troublemaker” for these types: I removed them from power and put criminals in jail. Predictably, this triggered backlash from everyone who had profited from the old, corrupt system. I was called a “dictator” for enforcing the law equally.

But the results of my reforms speak for themselves. In fact, that’s why I was invited by the Ukrainian government to share my experience with Ukraine after the Maidan Revolution in 2014. And that’s why President Volodymyr Zelensky appointed me to chair Ukraine’s National Reforms Council earlier this year. Like Georgia, Ukraine is a post-Soviet country with a swamp that needs to be drained. And I’m not the first to suggest that Ukraine can learn from Georgia’s recent history.

As aspiring NATO members in Eastern Europe, both Georgia and Ukraine have borne the brunt of Russia’s aggression. Another person who considers me a troublemaker is Vladimir Putin, and I am extremely proud of this. McNicoll accuses me of starting a war against Russia in 2008. In reality, Putin could not stand the fact that a former Soviet state in “Russia’s backyard” was making such swift progress toward prosperity and democracy — under the leadership of an uncompromisingly pro-Western president.

Most people who doubted that Russia would launch an unprovoked invasion of a sovereign country have since changed their minds in light of the Ukraine crisis. Once might be an anomaly, but twice is a pattern. If this does not convince McNicoll that Russia was the aggressor in Georgia, he should recall that the entire armed conflict took place on Georgia’s sovereign territory, within borders recognized by the United States. It is a well-known fact that Russian tanks were advancing from the breakaway region of South Ossetia to our capital, Tbilisi. I cannot imagine a more clear-cut example of self-defense.

While Georgia was fighting for survival against a nuclear power a hundred times larger than us, Sen. John McCain stepped up to defend us. He stood to gain nothing from his support for Georgia, a tiny, resource-poor, and obscure country on the other side of the world. He stood for his ideals alone. For this, I will always defend McCain and my long friendship with him. Of course, I did not agree with him on everything, and I avoid involvement in American internal political affairs. But I, and the Georgian people, never forget loyal friends like McCain.

Today, Georgia again looks to the U.S. for hope. The vestiges of the post-Soviet swamp have returned to power in the eight years since I left office. The country is now ruled informally by an oligarch who made his fortune in Russia: Bidzina Ivanishvili. (Because McNicoll showed such interest in my lobbyist, I should note that the executive director of the Clinton Foundation worked as Ivanishvili’s lobbyist to help him defeat me in the 2012 election.) Again, don’t take my word for it — the Republican Study Committee’s strategy document, as well as individual congressmen, openly refer to Ivanishvili as a “Russian oligarch.”

Fortunately, there is room for optimism. Only 17 percent of Georgians intend to vote for Ivanishvili’s party in the parliamentary election on October 31. Georgia will soon have another opportunity to drain the swamp and get back on track to reform. I’m ready to play my role in this, but I hope it’s the last time my “troublemaking” is needed.

Mikheil Saakashvili is the head of the National Reforms Council of Ukraine and the former president of Georgia.