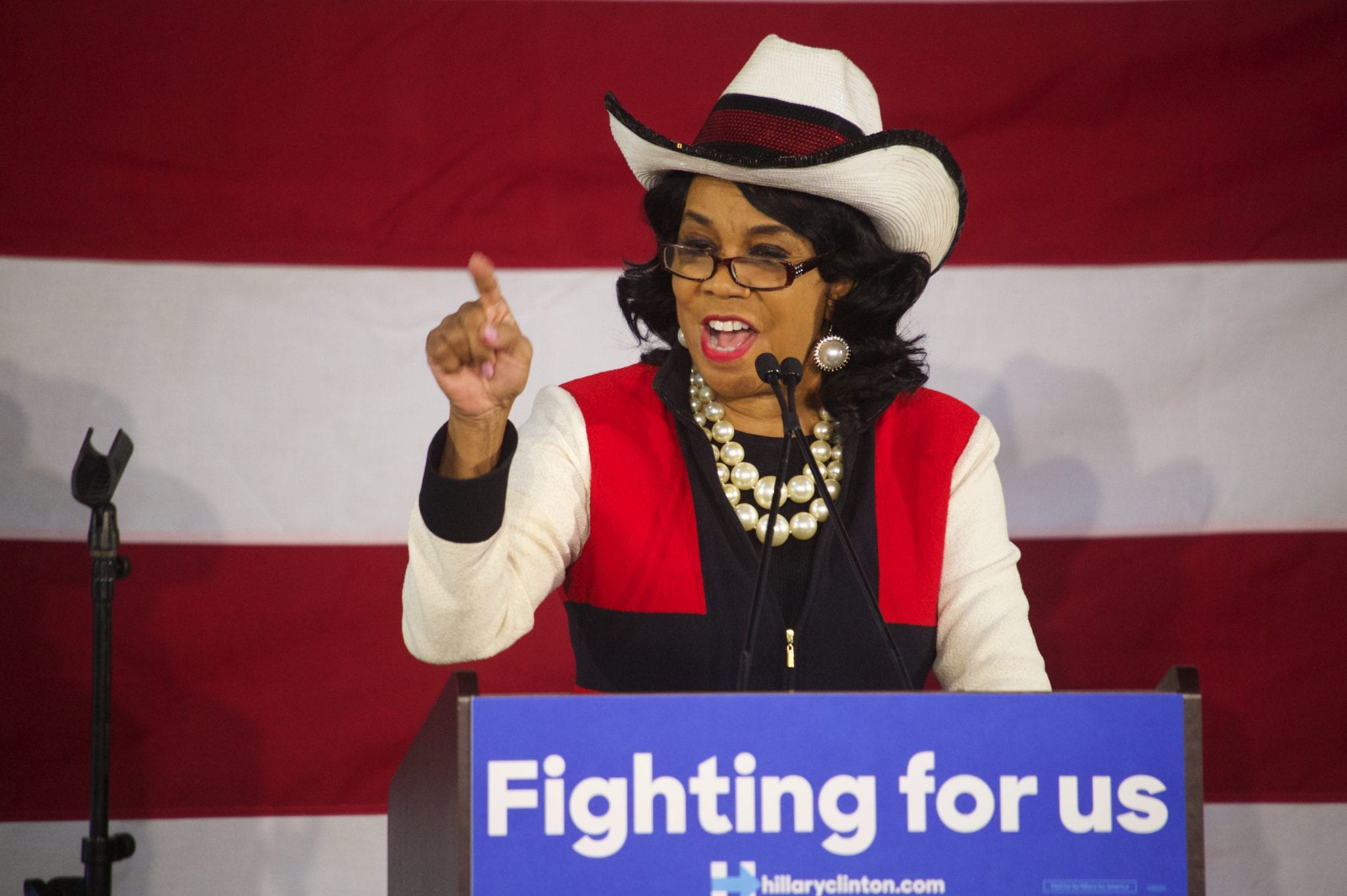 What an amazing last week we’ve had. It’s almost like half of America’s political class set out to prove George Orwell correct in every particular.

Orwell, the author of 1984 and Animal Farm, the two most cogent takedowns of socialism ever written through the lens of fiction, famously said that “there is the horrible — the really disquieting — prevalence of cranks wherever Socialists are gathered together. One sometimes gets the impression that the mere words ‘Socialism’ and ‘Communism’ draw towards them with magnetic force every fruit-juice drinker, nudist, sandal-wearer, sex-maniac, Quaker, ‘Nature Cure’ quack, pacifist, and feminist in England.”

In America, too, as it turns out, because the prevalence of cranks among today’s Democrats, who are unquestionably socialist in their political orientation, last week became a critical mass.

It wouldn’t be correct to judge where the week started, as every one of the Democrats’ unnerving errors built upon a previous gaffe. For example, there was Frederica Wilson, the abjectly, obscenely idiotic congresswoman from the Miami area, who threw a tantrum and demanded that people who make fun of members of Congress ought to be “prosecuted.”

Wilson’s laughable outburst, or at least her latest one in a never-ending string of them, built upon a similarly stupid statement by her fellow Democrat Congresscritter Alexandria Ocasio-Cortez, who amid a shameful trip to a holding facility along our border with Mexico alleged that illegal immigrants housed in that facility were forced to drink out of toilets. AOC’s statement was true only in the sense that the facility’s toilets are components of two-in-one units containing sinks, built as space-savers for cramped holding cells. The Border Patrol agents AOC abused with post-visit rhetoric fought back against her untrue statements with humor, and Wilson — the population of whose district is 44 percent first-generation immigrant — saw an opportunity to pander to Hispanic voters by taking up for AOC.

And not in a particularly artful manner.

Sadly, neither AOC nor the plastic cowboy-hat-wearing Wilson are running for president among the Democrats’ clown car. They’d fit right in. Take the erstwhile frontrunner in that field, Joe Biden, who spent the week making gaffe after gaffe, the best of which was his contention that Russian meddling in an American election would never have happened on his and Barack Obama’s watch, which … well, you know the rest.

And then there was Kamala Harris, who seems to be reeling Biden in as he reels himself out of the driver’s seat in the 2020 clown car. Harris might have seized the title of Panderer-in-Chief over the weekend when, on Saturday, she spoke at the Essence Festival in New Orleans and proposed $100 billion in grants for black people to put down payments on houses — an idea so blatantly racist and unconstitutional as to offend the senses before one even gets into the cruel and brutally deficient economics that underlie it.

Harris doesn’t sport a sequined cowboy hat as Wilson does, which means she doesn’t mark herself as an imbecile before subjecting an audience to her ideas. But if she’s the best the Democrats have for the presidential race next year, they’re in far worse shape than cooked-up polls and MSNBC cheerleading will lead them to believe.

And she might well be. After all, Harris’ Senate colleague and fellow 2020 hopeful Cory Booker spent time during the week escorting five illegal aliens — women from Cuba and Honduras — across the border from Mexico in a blatant attempt to pander to Hispanic voters who are hardly the open-borders fanatics the Democrats think they are. That came after Beto O’Rourke decided to actually campaign in Mexico; one wonders how many American voters O’Rourke thought he’d find there compared to, you know, America.

Then there was the behavior from the Democrats’ voting base.

There was what happened to Andy Ngo, the conservative journalist who was documenting the abuses of Antifa in Portland, and for his trouble Ngo was beaten to a pulp on the streets of that town to what came off a lot like the cheers of the Left’s twittering classes. Ngo’s fate was a little worse than the parents of “mini-AOC,” the nine-year-old child who had become an internet sensation by making fun of the congresswoman; they were only doxed and given death threats. And there was Stephanie Wilkinson, the Virginia restaurant owner who became famous when she denied Sarah Sanders entry into her establishment last year. Wilkinson resurfaced in the media after the president’s son Eric Trump was spit upon at a Chicago establishment in an indecorous moment in public relations; Wilkinson, asked about that incident, suggested that if Republicans don’t want to be treated in such a way they should simply stay home.

Wilkinson’s tenor was shared by one T.J. Helmstetter, who worked for the Democratic Party in communications prior to the 2016 election. Helmstetter didn’t spit upon a MAGA-hat-wearing Republican at the Hill Country barbecue restaurant in Washington, D.C., last week, but he did accost the man with abusive language and caused a row with his female companion. That earned Helmstetter the bum’s rush from Hill Country, for which he let off an unhinged rant — shame being in as short a supply as sanity on that side of the aisle.

And this happened while Washington was the scene of a patriotic Fourth of July celebration complete with a military parade that virtually everyone on the Democrats’ side denounced as something this side of Nazism.

And it happened while the Democrats’ Black Lives Matter poster child Colin Kaepernick stopped Nike from putting the Betsy Ross flag on the back of a shoe commemorating Independence Day because of its supposed racist nature and connection to slavery. That Obama featured the Betsy Ross flag at his 2012 inauguration and that Betsy Ross was a Quaker, and Quakers made up most of the early abolitionist movement in America, flew right past Kaepernick in his desperate search for relevance.

Too many more weeks like this and the paranoid tendencies of today’s Democrats won’t be quite as unwarranted as they are — as they’ll have so alienated the rest of the country as to earn the abuse and poor treatment they’ve spent every day since Trump’s election fantasizing about.

Never has an American political party been so determined to cast itself as anti-American. It’s only a matter of time before the country gets to return the sentiment during election season next year.