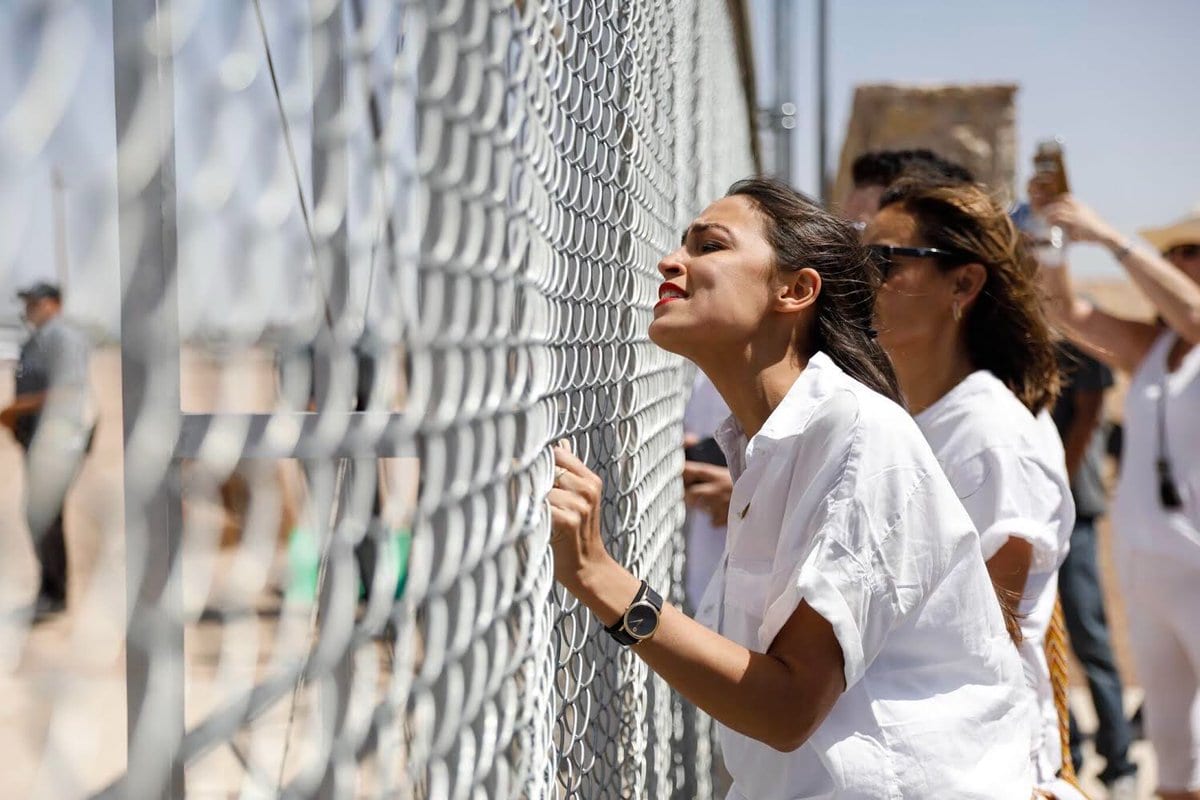 This is the time of year when, all across America, disgruntled adolescents are dragged by adults to places they do not want to go. When they aren’t posing with frozen smiles for group photos, they sit sullenly in the back seat, texting their friends about the latest hellhole they have been forced to endure by their parents. Likewise, Alexandria Ocasio-Cortez was recently shamed into visiting a couple of the border detention facilities that she has been criticizing from the comfort of Congress. Her first act upon arrival was to throw a tantrum, complete with foot stamping, yelling and screaming.

It goes without saying that, in typically solipsistic fashion, AOC was primarily focused on herself. Shortly after departing the first facility, she tweeted, “I see why CBP officers were being so physically & sexually threatening towards me.” It’s not unusual for adolescents to have such fantasies, of course, but the grownups finally lost their patience when she went on to make the now-infamous claim that “Officers were keeping women in cells w/no water & had told them to drink out of the toilets.” This resulted in fresh demands for her resignation and a new Twitter hashtag: #AOCResign.

But it would be better for the nation if Ocasio-Cortez remains in Congress. She has become the de facto head of the Democratic Party and thus increases the chances that the Republicans will regain their House majority in 2020. Indeed, she may be the best member of the GOP reelection team. No one does a better job of highlighting how disconnected the Democrats are from the American people, particularly on illegal immigration. Just weeks ago the Democrats, including AOC, claimed that there was no crisis at the border and had consistently blocked funds meant to improve the situation.

Following President Trump’s January address to the nation, in which he called the border situation a “crisis of the heart,” Senate Minority Leader Charles Schumer and House Speaker Nancy Pelosi went before the cameras and called him a liar. Schumer put it thus: “This president just used the backdrop of the Oval Office to manufacture a crisis, stoke fear and divert attention from the turmoil in his administration.” The Democrats maintained that position until the polls found that the electorate agrees with the president. Suddenly, they executed a dizzying pirouette as The Hill reported:

Democrats have done a U-turn on their claim from earlier this year that President Trump’s concern about illegal immigration at the southern border was a “manufactured crisis.” Democrats now acknowledge there is a genuine humanitarian crisis … [M]edia reports of smugglers renting children to desperate migrants to help them gain entry into the United States and stories of children dying in U.S. custody have changed the narrative.

It goes without saying that AOC was out front with the new narrative. She not only had the audacity to blame the president and even the Border Patrol agents for the crisis but also described the situation in the most irresponsible terms. This reached a crescendo on June 18 when she tweeted, “This administration has established concentration camps on the southern border of the United States for immigrants … This is not hyperbole. It is the conclusion of expert analysis.” Then a genuine expert, Ed Mosberg, who survived two Nazi concentration camps, called her out. The New York Post reported Mosberg’s response:

She should be removed from Congress. She’s spreading anti-Semitism, hatred and stupidity. The people on the border aren’t forced to be there — they go there on their own will. If someone doesn’t know the difference, either they’re playing stupid or they just don’t care. … If you’re not there, you will never know what happened. She doesn’t want to learn — she’s looking for excuses. I would like to nominate her for the Nobel Prize in stupidity.

After that devastating takedown from a man who truly knows what he’s talking about — he is the only member of his family who survived the Holocaust — any normal person would have avoided the “C” word with reference to temporary detention centers. But AOC isn’t like other people. The self-styled “girl from the Bronx” doesn’t do humility. In response to the criticism produced by her claim that illegal immigrants held in the Texas facilities were drinking out of toilets, she inevitably doubled down: “These are concentration camps.” What the hell does an old fart like Ed Mosberg know?

People like Mosberg are sooooooo 1940s. And who believes all that Holocaust stuff anyway? How can he possibly understand the trauma AOC endured in Texas? It’s hardly plausible that a little Zyklon B could be as traumatic as this atrocity: “Members of Congress had to surrender their phones before today’s CBP trip.” Welcome back to the real horror show: Alexandria Ocasio-Cortez is a member of Congress. She gets paid $174,000 a year, has a sizable staff whose members are doubtless terrified of her tantrums, and she participates in writing and passing federal law.

Her recent antics were largely due to the necessity of visiting illegal immigrants during her summer vacation. Who the hell wants to be in El Paso when there is Adams Morgan? But forget #AOCResign, and the more sophomoric her behavior the better. If the voters go to the polls in November of 2020 thinking of “AOC” and “Democrat” as synonyms, the world will be a better place the next day. Meanwhile, if you haven’t done so already, take your kids someplace edifying this summer.