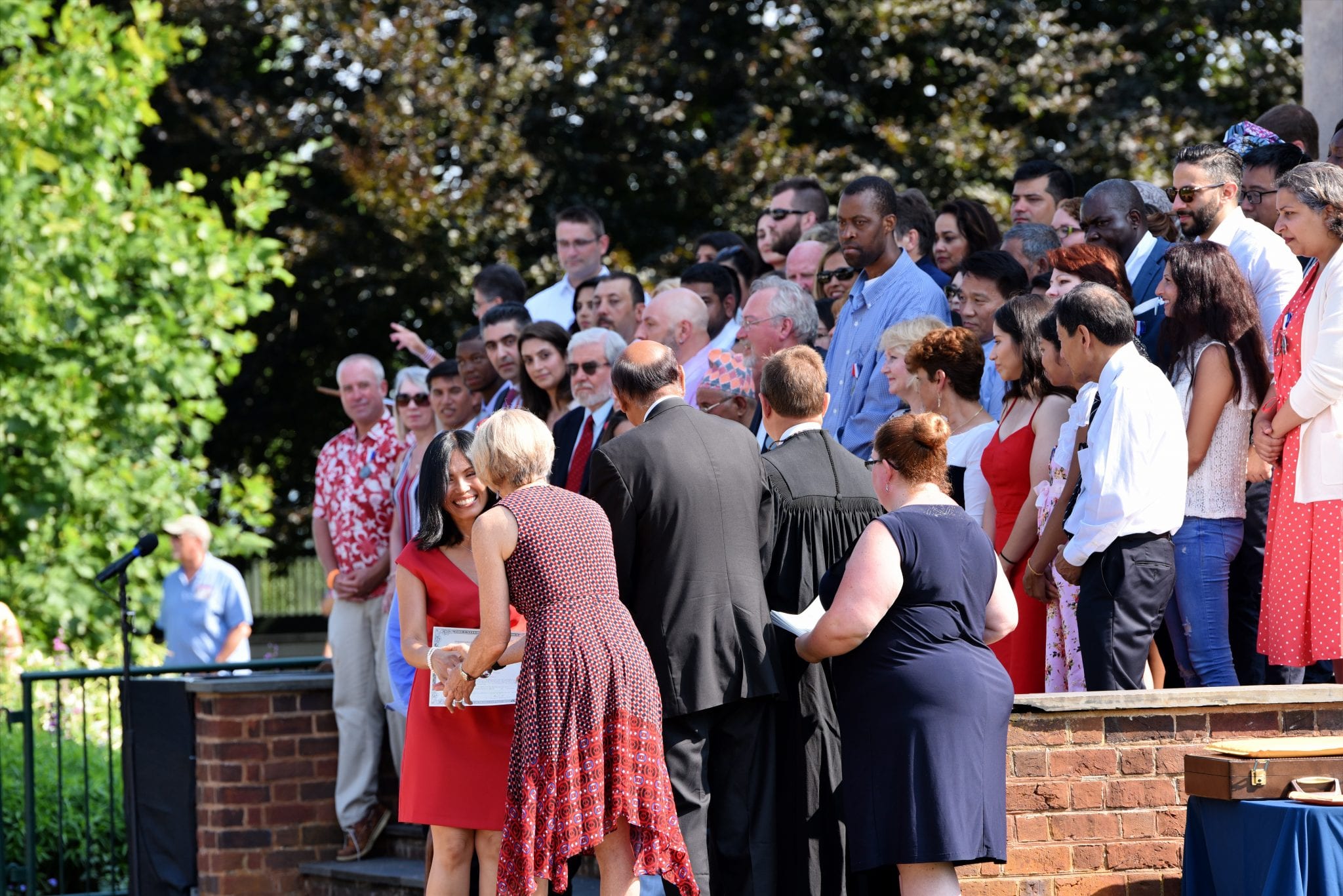 Few seem willing to admit it, but mass immigration appears to be killing democracy in the United States. Two-party democracy withstood the unprecedented mass immigration of the 1870-to-1914 period because the European immigrants tended, for one reason or another, to vote for both parties. That is not true today. In the 19th century, newcomers voted along religious lines to a remarkable degree: Irish Catholics 80 percent Democrat and all Catholics 70 percent Democrat. But after the Civil War, Germans and Scandinavians, heavily Lutheran, voted Republican, as English Canadian and British immigrants did. In the famous turning-point presidential election of 1896, urban working-class immigrants tended to vote Republican, organized by the active and powerful political machines in big cities like New York, Philadelphia, and Chicago. Very few in the mass migration of that day moved to the American South, which remained solidly Democrat. The two-party system survived throughout most of the country as both parties had urban political machines that provided social services to immigrants.

The present massive wave of immigration that began in the 1970s, largely as a result of the extended family clause in the 1965 Kennedy immigration reform bill, has had remarkably different results. The new immigrants are voting overwhelmingly Democrat: Hispanics 2 to 1, Asians about 70 percent (all election figures from the Pew Research Center). The children of Asian immigrants voted 82 percent for Barack Obama in 2008. In addition, black Americans who used to vote Republican now vote 90 percent or more Democrat, as do black immigrants.

California not long ago was a state Republicans could win. Two presidents, Richard Nixon and Ronald Reagan, came from California and major offices such as governor were regularly won by Republicans. Today California is a permanently blue state, with its wealth of electoral votes. Its U.S. senators, governor, and most of its members of Congress are Democrats. Democrats have a supermajority in both houses of the Legislature and have changed the constitution so that party primaries have been banned in favor of “open” primaries in which Republicans are likely not to finish higher than third, thus not making the November ballot. In the last two U.S. Senate races, 2016 and 2018, voters were offered Democrat No. 1 and Democrat No. 2 as choices. Unsurprisingly, Democrats won both elections, and one of the winners, Kamala Harris, is now running for president.

The demographic tidal wave of mostly Third World immigrants who vote heavily Democrat is now running legally at a million a year, an all-time record, and is turning red states purple and then blue. Arizona is going, Colorado and Georgia are going, Virginia is gone, North Carolina is tipping, and Florida is a dead heat but the immigration trends (south-of-the-border Latinos and Puerto Ricans) are against the GOP. Even Texas is drifting leftward as Latinos bid to become a solid majority there. There is the myth, of course — offered by members of the Bush family — that Hispanics will see the light and begin voting like Indiana Republicans. In fact, Hispanics have voted Democrat since 1960, and they went for Obama in 2008 by 67-31 percent and for Hillary Clinton in 2016 by 66-28 percent. So much for the Bush theory. Asians voted 77 percent for Obama in 2012 and 79 percent for Clinton in 2016. So much for the two-party system.

Furthermore, the much-quoted estimate of 11 million undocumented aliens in the U.S. may be woefully short of the truth. A new study by Yale University suggests the true number of illegals is probably in the 20-to-30 million range, more than enough to kill the two-party system at one stroke, if they eventually receive the citizenship amnesty promised by Democrats.

The two-party system in the U.S. has been healthy since 1796, when Thomas Jefferson took on John Adams in the presidential contest. They met again in 1800 in a more famous showdown, by which time the earliest political parties had formed and taken on ideological hues that still exist today. The ideal situation for a healthy democracy and a workable two-party system is a stable population. If the population is stable (and growing slowly), each party has an opportunity to persuade the public of its merits. That opportunity is disappearing quickly because the population is not stable. We are not far from the time when the U.S. will have a Latino majority and will, regrettably, be a one-party state. Apparently, that is what Democrats want.

James Delmont, author of The Great Liberal Death Wish, has been published in Financial Times, USA Today, the Baltimore Sun, the Weekly Standard, the Saturday Evening Post, the Daily Caller, the Minneapolis Star-Tribune, the Omaha World-Herald, and other publications. He has taught at the University of Nebraska-Omaha, the University of Minnesota, and other institutions.