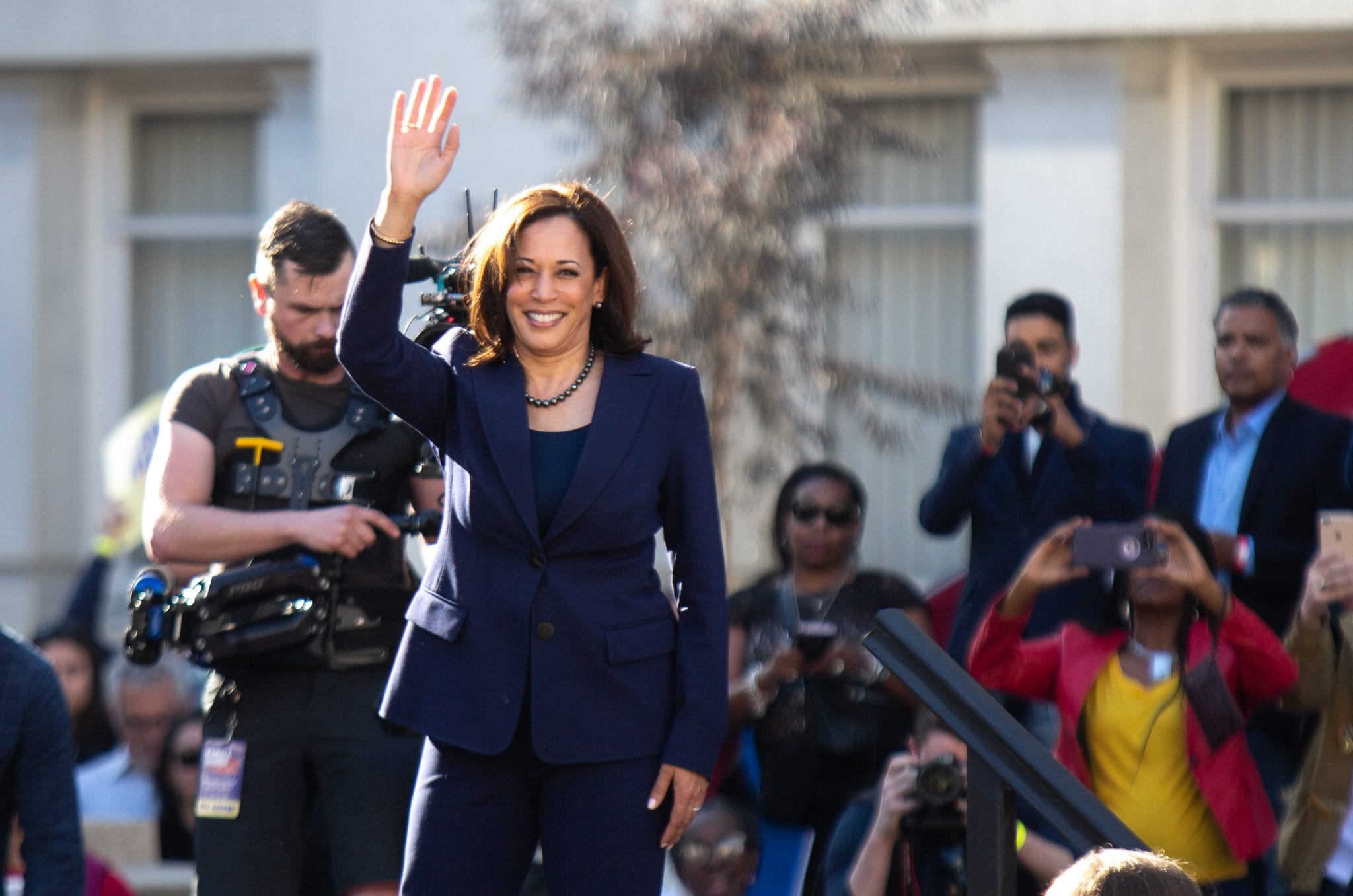 So, let’s see if we understand this.

Former Vice President Joe Biden has been under attack from California senator, fellow Democrat, and presidential hopeful Kamala Harris for working in his early Senate career with fellow Senators James Eastland and Herman Talmadge, the then-senators from Mississippi and Georgia. Both of the latter hardcore segregationists. Which is to say, Biden worked with two fellow Democrats, something that his critics somehow, some way, tried ever so quietly to overlook.

Over at MSNBC, host Kasie Hunt said this:

Still to come, Joe Biden references his relationships with two former Republican colleagues at an event in New York City. The only problem? They were both segregationists.

Um. No. They were Democrats, not Republicans. A fact Hunt later corrected.

But let’s connect some dots here. As said in this space many times (here, for example), the Democrats have moved from their horrendous support of slavery, then on to segregation and Jim Crow laws — and now? Now it’s identity politics, the son of segregation and the grandson of slavery. Which is to say, identity politics is plain old-fashioned racism, in which all Americans are to be divided and judged by race.

The Democratic Party, historians like Northwestern’s Gary Wills have long recognized, was built “on the slave power’s deep roots.” Which is to say, from the get-go the party was steeped in a culture of race. Its power came from, as is said today, playing the race card. Its pre-Civil War presidents were themselves slave owners. Its political platforms supported slavery outright. With the war winding down and President Lincoln and his Republicans pressing for the passage of the Thirteenth Amendment, which would put an end to slavery, a full 50 out of 64 voting House Democrats would oppose ending the race-based horror. In the Senate, Republicans were unanimous in support, with only two Democrats in favor.

While slavery was officially ended, the culture of race that created the Democratic Party remained — and created segregation. One “Jim Crow” law after another was passed by Democrats. These laws did everything from segregating schools and public accommodations to restricting the rights of African Americans to vote. All of this in a bid to get around the GOP’s passage of the 14th and 15th amendments to the Constitution and GOP-passed civil rights laws in 1866 and 1875.  The 14th amendment gave the ex-slaves due process, the 15th the right to vote. The 1866 law gave blacks the right to own private property; the 1875 law prohibited discrimination in public accommodations. Not until 1964 was segregation and the ability of blacks to enjoy full citizenship in an officially colorblind America finally ended for good with the passage of the 1964 Civil Rights Act and, later, passage of the 1965 Voting Rights Act. Both of which were a re-do of the earlier GOP amendments and laws that the Democrats had spent a full century fighting and ignoring.

But alas, the culture of dividing and judging Americans by race not only did not vanish from the Democratic Party, but it merely shape-shifted into new form — identity politics. Identity politics, as said here repeatedly, is the son of segregation and the grandson of slavery.

And just who are the leading proponents of this move to re-segregate America by judging everyone by race?  The most prominent to step forward has been – yes indeed – California Senator Kamala Harris. Here is a recent Politico headline:

NEW ORLEANS — Sen. Kamala Harris accused critics of “identity politics” of weaponizing the term to diminish issues of race, gender and sexual orientation, pressing Democrats on Friday to address those issues head on.

To call out the sheer racism on which identity politics is based is now, per Senator Harris, “to diminish issues of race, gender and sexual orientation.”

Perhaps because Harris was not born until 1964, she is unaware of the vigorous agreement with her position on race from a prominent Democrat of that period — agreement about the importance of not diminishing the issue of race. In fact, this particular Democrat was, like Harris, very up front in demanding that the importance of race not be diminished in American life. Ever.

Delivering his inaugural address as governor of his state in January of 1963, over a year before the future champion of identity politics Ms. Harris was born, the new governor said this:

That was, of course, the new Democratic Alabama Governor George C. Wallace demanding, just as Harris does today, that it was wrong to diminish the issue of race. He was demanding, as does Harris, that Americans be judged exactly by their skin color.

Later that year in 1963, still over a year before Kamala Harris was born, Dr. Martin Luther King would stand on the steps of the Lincoln Memorial and sharply disagree with Wallace, famously saying:

There is a reason why Kamala Harris sounds like George Wallace. Both came and come out of a party with a long — very long — political culture that is based on judging Americans by skin color. Wallace demanded “segregation forever” and lost the battle. Today, Harris is demanding “re-segregation forever” — but inside her political party, she is winning the battle.

She is not alone, of course. Fellow Democrats who share her passion to re-segregate America along the lines of race (and gender and sexual preference) include New Jersey Senator Cory Booker, New York Congresswoman Alexandria Ocasio-Cortez, Minnesota Congresswoman Ilhan Omar, and Michigan Congresswoman Rashida Tlaib.

There are more, of course. But, to a person, the re-segregationists are determined to do exactly what George Wallace and his fellow segregationists were trying to do. There is considerable irony that Harris says this of Joe Biden after Biden talked about working with segregationist senators like Mississippi’s Eastland and Georgia’s Talmadge:

Let’s be very clear that the senators that he is speaking of with such adoration are individuals that made and built their reputations on segregation.

Correct. Just as it is vividly clear that Senator Harris and a number of her fellow Democrats are making and building their reputations on re-segregation identity politics.

All of it stemming exactly from the very same culture of race that created the Democratic Party of George Wallace, James Eastland, Herman Talmadge, Kamala Harris, Cory Booker, Alexandria Ocasio-Cortez, Ilhan Omar, Rashida Tlaib, and so many more Democrats past and present in the first place.

Or in other words? The more things in the Democratic Party change — the more they stay frighteningly the same.