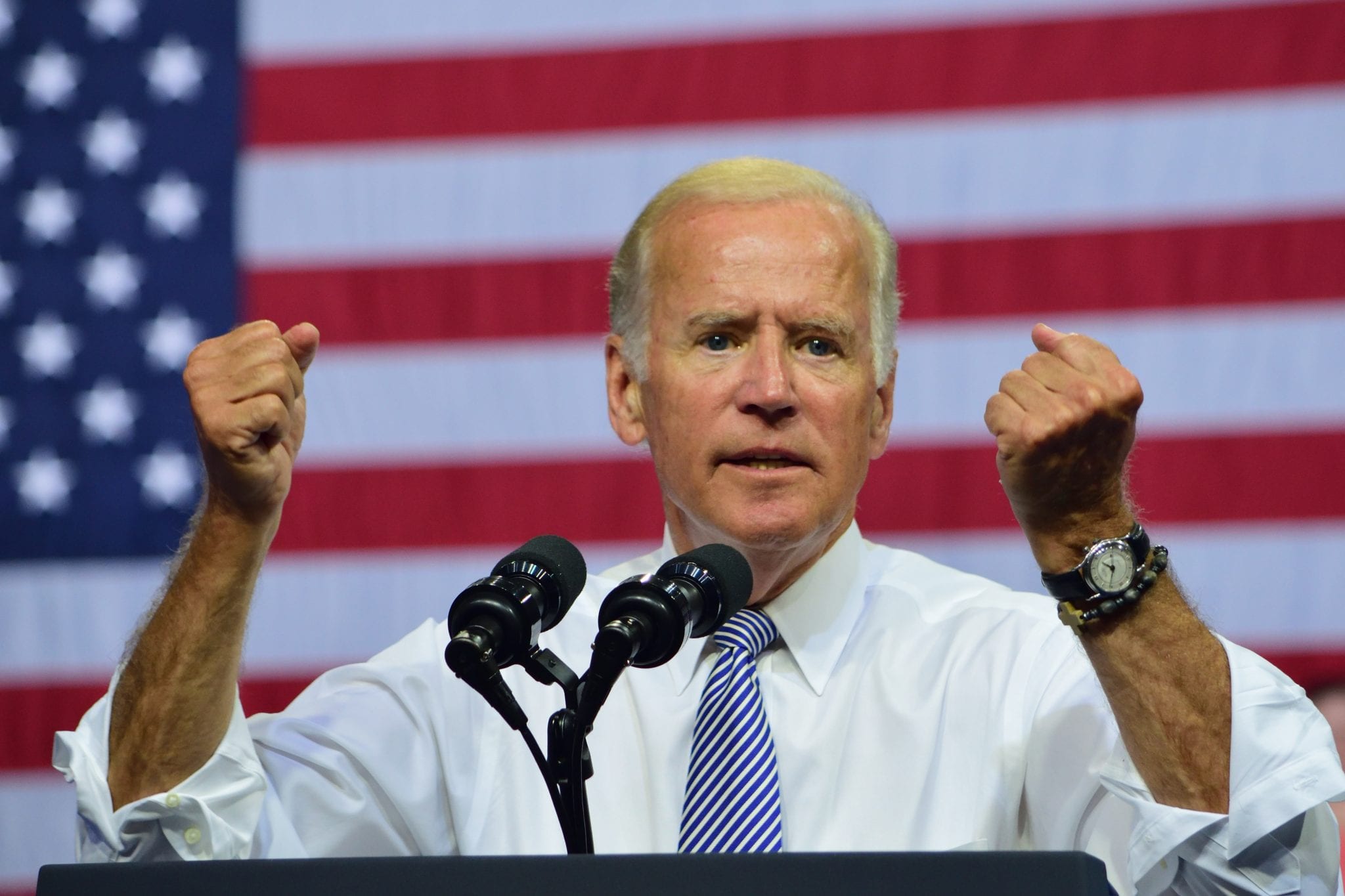 During the 2008 presidential campaign, Barack Obama famously became so frustrated by his running mate’s logorrhea that he asked an aide, “How many times is Biden going to say something stupid?” According to authors Mark Halperin and John Heilemann, the VP’s stock had dropped so low by late 2011 that the Obama reelection team considered replacing Biden with Hillary Clinton on the 2012 ticket. And, as his busing blunder clearly demonstrated, Biden still has the old gift for gaffes. According to a new Washington Post-ABC poll, however, if the 2020 election were held today, Biden would beat President Trump by 10 points.

If this inspires skepticism, it won’t be ameliorated by the finding in the same survey that Trump’s approval rating is at the highest point of his presidency. The new poll found that 47 percent of registered voters say they approve of Trump compared to 42 percent in April. Meanwhile, Biden’s lead among the contenders for the Democratic presidential nomination is dwindling. According to a Reuters/Ipsos poll, for example, Biden’s support has slipped from 30 to 22 percent. This is obviously the result of his flaccid response to the attack leveled on him by Kamala Harris during the June 27 Dem debate. Good Ole Joe just isn’t a brawler.

The former VP has since tried to regain the momentum he lost during that debate, but he has inevitably continued to indulge his affinity for imprudent remarks. He struck again during his recent CNN interview, when asked by Chris Cuomo if his health-care plan would include the reinstatement of Obamacare’s fine for failing to buy health insurance. Biden brayed, “Yes, I’d bring back the individual mandate.” This answer secures Biden a place in history alongside such political virtuosos as Walter Mondale, who promised to raise taxes during the 1984 election, and Hillary Clinton, whose 2016 strategy included insulting 30 million voters.

The mandate was the most reviled of Obamacare’s provisions. The concept was so politically toxic in 2008 that Biden opposed the idea and Obama repeatedly denounced it. Both executed post-election pirouettes on the issue, of course, which contributed to the subsequent decimation of the Democrats at the ballot box in 2010 and 2014. The mandate won’t be any more popular this time around. Trump will doubtless be delighted to call Biden out on his pledge to reinstate it. And, if Biden can’t handle Harris in a debate, Trump will crush him. This brings us to his excuses for the Harris debacle, as he phrased them in the CNN interview:

CUOMO: Here’s the tough question for Democrats, they need a warrior, OK, because not to aggrandize, not to lionize, but this president knows how to fight in the ring one on one. Kamala Harris is friendly fire … How can Democrats have confidence that you can take the biggest and the baddest when you’re having trouble sparring in-party?

This word salad was probably not very reassuring to most Democrats, particularly combined with his confession that he didn’t expect anyone to come after him aggressively: “I wasn’t prepared for the person coming at me the way she came at me. She knew Beau, she knows me.” In other words, he actually thinks Kamala Harris is his friend. Perhaps Biden has forgotten the old Beltway adage, erroneously attributed to Harry Truman, “If you want a friend, get a dog.” If so, he’s probably no match for Trump. But what about the polling data leaked from the president’s reelection campaign that show Biden leading Trump in key battleground states?

Well, ABC did publish some leaked data, but there are several issues with this report that should cause skepticism about its relevance to the outcome of the election. First, the polls in question were conducted in March — three months before the results were published by ABC. The data in question were hopelessly stale by that time and are hardly indicative of the situation on the ground at present, much less 17 months from now on Election Day. Moreover, those polling data don’t reflect important subsequent events that have certainly shifted the numbers in President Trump’s direction. As Trump campaign manager Brad Parscale told ABC News:

These leaked numbers are ancient, in campaign terms, from months-old polling that began in March before two major events had occurred: the release of the summary of the Mueller report exonerating the president, and the beginning of the Democrat candidates defining themselves with their far-left policy message.

Parscale goes on to point out that there have been huge swings in the president’s favor across 17 states, based on the policies now espoused by the Democrats: “For example, the plan to provide free health care to illegal immigrants results in an 18-point swing toward President Trump.” This is validated by public polling. A CNN survey, for example, found that 59 percent of the respondents were against providing free health care to “undocumented immigrants.” Biden was the last to raise his reluctant hand when the candidates attending the second debate were asked if they favored doing so. This is why Biden clings to his ever more tenuous lead.

The perception among Democratic voters is that he is an astute, formidable politician and thus the only candidate able to beat Trump without driving the country over the socialist cliff. The Democrats don’t like Trump, but they do like peace and prosperity, which they mistakenly believe emerged from what the former VP calls the “Obama-Biden” agenda. But sooner or later, as the old Sinatra song puts it, he’ll spoil it all by saying something stupid. And if he manages to get the Democratic nomination, a couple of rounds in the ring with Donald Trump will make him nostalgic for the old days when Senator Harris kicked his posterior.

Joe Biden is a fraud. He has learned nothing from his decades on Capitol Hill, he has never been a heavyweight, and he hasn’t a prayer of beating President Trump.