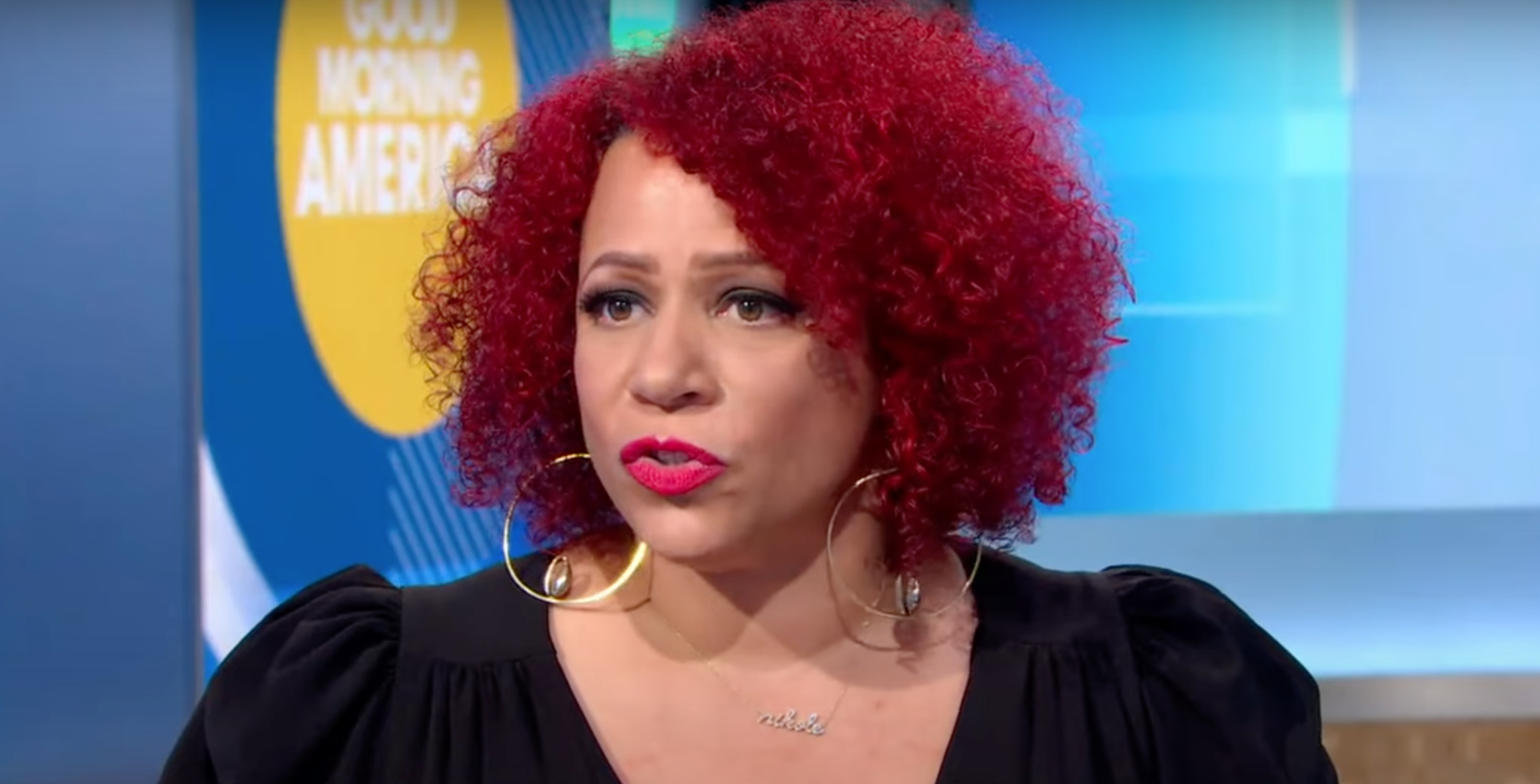 Toward a More Perfect Union: The Moral and Cultural Case for Teaching the Great American Story
By Timothy S. Goeglein
(Fidelis Publishing, 208 pages, $26)

One of the worst sins of the present — not just ours but any present — is its tendency to condescend toward the past, which is much easier to do when one doesn’t trouble to know the full context of that past or try to grasp the nature of its challenges as they presented themselves at the time.

— Wilfred M. McClay, Land of Hope: An Invitation to the Great American Story

Jay Leno used to do a regular schtick, “Jaywalking,” in which he would interview random persons on the street, often young ones, and ask them questions about American history, such as: “Who did America fight in the Revolutionary War?” “How many branches of the U.S. government are there?” “What year was the War of 1812?” Invariably, they could not answer the question, standing mute with Leno’s impertinent microphone pointed at their gaping mouths, or they gave a ridiculous answer.

As deflating as these performances were, it turns out that the state of American education is even worse than Leno documented. Not only does ignorance characterize so much of the citizenry, but Americans are now also imbibing, i.e., being taught, pernicious lies or partial truths about the founding and history of the United States from a tendentious, ideological, and solidly left-wing perspective.

This sorry state of affairs is documented in excruciating detail in Timothy S. Goeglein’s enlightening, depressing, and, ultimately, hopeful new book, Toward a More Perfect Union: The Moral and Cultural Case for Teaching the Great American Story. The distortion of history now routinely fed to elementary and high school students, as well as those attending hopelessly “woke” universities and colleges, has produced many young people who are “cynical, entitled, and aggrieved.” Continues Goeglein:

We have created “a citizenry divorced both intellectually and emotionally from its heritage.” Further, “[w]hen we disassociate history—and memory—from facts, we are lost,” writes Goeglein, a former special assistant to President George W. Bush, a former Senate staffer, and, presently, vice president of external and government relations for Focus on the Family.

Our predicament is exemplified by the absurd, anti-historical 1619 Project of the New York Times, an initiative repudiated by many respected, liberal historians. It is being taught in roughly 4,500 schools nationwide. In a feat of historical and moral inversion, it maintains that the American Revolution was designed primarily to protect the institution of slavery from being destroyed by the British Empire. Such a one-sided view of history will alienate Americans from one another, given the dissolution of a common identity and love of country, and disregards those who struggled to make the Declaration of Independence a reality in spite of its obvious flaws, such as slavery.

On the matter of slavery, always a leading complaint against America’s founding, the Washington Post’s George Will has rightly observed that the founders’ Constitution “gave slavery no national validation. It left slavery solely a creature of state laws and therefore susceptible to the process that, in fact, occurred — the process of being regionally confined and put on a path to ultimate extinction. Secession was the South’s desperate response when it recognized this impending outcome that the Constitution had facilitated.”

So, it comes as no surprise that, as “a 2020 Pew Research study found a month before the presidential election, roughly eight in ten registered voters in both camps said their political disagreements with others were about core American values, with roughly nine in ten—liberal and conservative—worried [that] a victory by the other would lead to ‘lasting harm’ to the United States” [emphasis added]. We are now in a situation in which tribe is pitted against tribe, race against race, rich against poor, red against blue states.

We have succumbed to the “termites of self-loathing,” to use a term coined by Ben Stein. There is hardly a historic personage — Lincoln, Washington, Jefferson, Columbus, St. Junípero Serra — who is not vilified, “canceled,” and banished into outer darkness by woke activists and educators. One should be grateful that at least Frederick Douglass and Dr. Martin Luther King Jr. are spared such treatment, given their devotion to American ideals in the Declaration of Independence, classical literature, and Scripture. They are just ignored.

Recently, a friend whose daughter attended one of the tonier prep schools in Washington, D.C., related that his conversations with her on U.S. and Western history were disappointing. She, and her friends, showed no “piety” toward her country or heritage.

It was an interesting word choice and recalled my own school days studying Virgil’s Aeneid, an epic poem written between 29 and 19 B.C. It tells the story of the Trojan Aeneas, who fled the destruction of his city, traveled to Italy, and would later become the ancestor of the Romans. I remember my Jesuit instructor lauding “pius Aeneas,” “pious” being the most used adjective throughout the poem. In following the will of the gods — he even left the captivating Dido in Carthage — Aeneas demonstrated “pietas,” a virtue in the eyes of Virgil and my teacher, in his devotion to family, country, and mission. Such piety is no longer encouraged in our educational institutions, or so it would seem.

What brought America to this sorry state? In the beginning there was the “Original Zinn” — Howard Zinn, that is, a Boston University professor of political science and “the godfather of the radical attack on America’s history,” as Goeglein outlines in a pivotal chapter of Toward a More Perfect Union. Zinn’s “epic screed,” A People’s History of the United States (1980), and his supplemental book for high schoolers, A Young People’s History of the United States (2007), have had an unparalleled impact on social studies teachers. The historian “refram[ed]” and “reimagin[ed]” facts to fit a Marxist critique of the U.S. and a Western civilization marred, claimed Zinn, “by the religion of popes, the government of kings, the frenzy for money.” For Zinn, “standards of historical analysis are merely ‘technical problems’ to be dismissed.”

“You wanna read a real history book?” Matt Damon’s titular character, Will, asks Robin Williams’ Dr. Sean Maguire in the movie Good Will Hunting (1997). “Read Howard Zinn’s People’s History of the United States. That book’ll f***ing knock you on your ass.” Indeed, it does. It also boggles the mind. Zinn claims that the nation “has been taken over by men [the founders] who have no respect for human rights or constitutional liberties.” Again, in service to ideology, Zinn does not believe in objective history as documented by Mary Grabar, Ph.D., a refugee of communist Yugoslavia, on whom Goeglein draws heavily.

Nikole Hannah-Jones, the main author of the 1619 Project, backtracked after respected historians critiqued her work. She claimed that the project was not about history but about “memory.” This is not historically grounded memory but memory saturated with ideology and politics. This is pure Zinn in methodology. Hence, noted historians such as Arthur Schlesinger Jr., Eugene Genovese, and Michael Kammen — hardly a crowd of right-wingers — criticized Zinn as a “polemicist, not a historian.”

“His ultimate goal is not a historical one but a political one,” writes Goeglein. “[H]e wanted to depict the United States as an illegitimate enterprise, one demanding a revolution.”

According to the American Council of Trustees and Alumni, today, only 18 percent of colleges require that students take a U.S. history or government class to graduate. Maybe that is a blessing, given what passes for “history” in today’s woke environment. Ultimately, however, this is devastating to national unity. Goeglein describes survey after survey that all indicate Americans’ ignorance of their rights under law and history. When the Constitution is taught, it is derided as being not radical enough in terms of the outcomes desired by left-of-center teachers and advocates.

Toward A More Perfect Union does not specify a political agenda for reform, although it does note efforts made by some governors to reign in educational bureaucracies on, say, critical race theory. It does make a plea for parents to make a concerted effort to teach and counsel their children on the history of the nation and to pay close attention to what their schools are teaching. It points to excellent resources available with which parents can educate themselves and their children on the complete story of American exceptionalism, not excluding the darker chapters. Parents who can afford the cost should look for alternatives to public schools that sacrifice true learning for the sake of ideology. “Classical” schools, home schooling, and parochial schools — all of which boomed during the COVID lockdowns — are possible options.

Parents who cannot afford private schools or who have special-needs children “must be extra vigilant and expect to receive the full wrath of Leftist activists if they stand up and demand that civics be taught while also standing against the indoctrination their children are receiving.” Specifically, they need to insist on the rights to inspect curricula, to opt out of the teaching of certain subjects, and to insist that controversial issues be discussed impartially. No easy tasks these.

[W]e must rededicate ourselves to the teaching of history—true, verifiable, factual history, with all its glories and tragedies. We need not fear to teach the ugly truths about America alongside the beautiful ones because America’s founding vision is pure and her ideals are noble. Our failures do not change that.

Toward a More Perfect Union makes a compelling case that the country’s future, as one nation, demands a reclamation of our educational system and a recovery of the authentic teaching of history and constitutional government rightly understood.