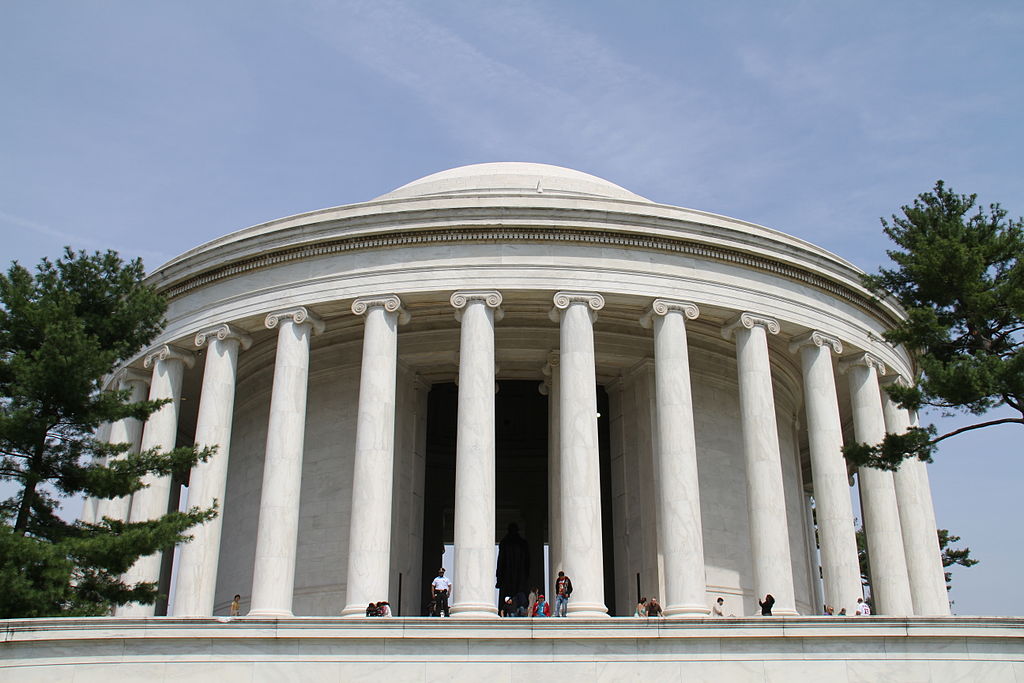 Here I am in Washington, my hometown. The most beautiful city in the world. Just a super city of broad boulevards, a magnificent grassy Mall, spectacular neoclassical buildings and monuments, the Athens of our era.

It was conceived, planned, and built by geniuses who saw in America a re-creation of the highest and best ideals of ancient Athens and Rome, civic virtue, self-discipline, and respect for knowledge. Those great civilizations disappeared because they became infested with ignorance, show, and greed. Their citizens became obsessed with sloth and cowardice. Panem et circenses. Bread and circuses.

And now the same is happening in our precious America. The greatest creation of mankind, the USA, is disappearing under the weight of its critics, its thieves, its termites of self-loathing, its fantastic indebtedness, its racial divisions.

Let’s remember something too. Ancient Rome and Athens were built largely by slaves.

They were never freed. Much of DC was built by black slaves. The dominant race, the whites, fought a huge civil war, killing about 600,000 of the anti-slavery whites. No other dominant race has EVER done anything like that.

This beautiful city is the capital of the most beautiful nation there has ever been. The haters are throwing it away with both hands and eating it with bloody teeth.

We must pray for our beloved, beautiful land. And we must fight for it never with violence but with better ideas. The ideas of Jefferson and Lincoln. Ideas worthy of the magnificent city I am in tonight.