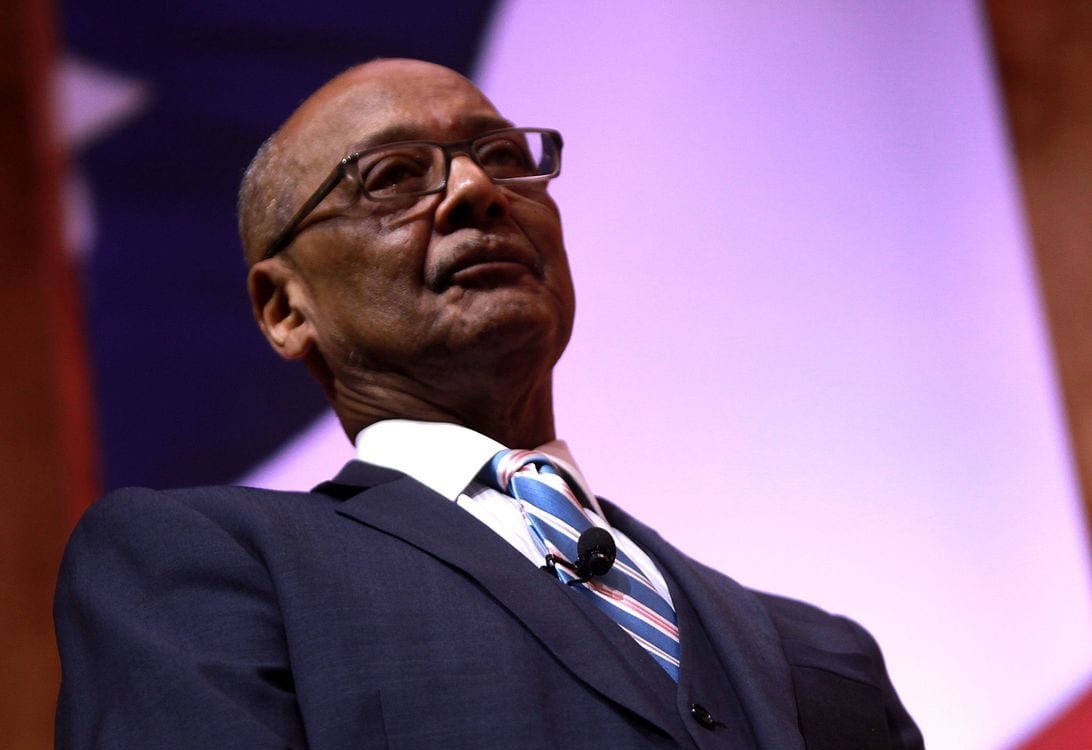 The Times rolled out its woke narrative of America the racist nation as a Sunday magazine in August. Then it swiftly disseminated the collection of essays, along with teacher guides, lesson plans, and other educational aids, to thousands of classrooms nationwide, according to the Pulitzer Center, which crafted the curricular materials.

Woodson and his colleagues are very concerned about the “lethal” impact of this race grievance ideology on children who are being taught that blacks are forever second-class American citizens, lacking agency to improve their lives.

The 1619 Project postulates that the actual founding of America occurred not in 1776 with our independence from Britain, but rather in 1619 when the first slaves arrived on our shores. Distorting the historical record, it argues that the Revolutionary War was fought to preserve slavery and characterizes Lincoln as a racist who “opposed black equality” and believed that free blacks “were a ‘troublesome presence’ incompatible with a democracy intended only for white people.” The project promotes the idea that America’s success, politically, economically, and culturally, happened on the backs of subjugated blacks. Despite the abolitionist movement, the more than 360,000 Union deaths in the Civil War, more than 50 years of affirmative action, white participation in the civil rights movement, the 1964 Civil Rights Act, and the election of a black president, 1619 Project authors claim that African Americans have fought against racism basically alone. The Times accuses whites of sole responsibility for the condition of blacks today. Worse yet, the 1619 Project asserts that the United States today is a nation where all whites are powerful victimizers and all black people are powerless victims, and is therefore hopelessly racist.

“1776 Unites” will offer its own K-12 educational materials and scholarly articles to put the history of racism in America in the context of a broader examination of our democratic principles and the institutions that nurtured the abolition of slavery. These provided the foundations for achieving individual freedom, equal rights, and opportunity for all — the promise of America. African-American scholars such as Glenn Loury, Carol Swain, John McWhorter, Jason Hill, and Wilfred Reilly will present stories of resilience and upward mobility, documenting the successes of black Americans — stories that while recognizing America’s failures, also celebrate her promise. They and other African Americans plan to provide an “aspirational and inspirational” counternarrative to the Times’ negative messaging, which discourages self-improvement and provides an excuse for failure. Loury, a professor at Brown University, said, “Something tells me [that the 1619 Project authors don’t] believe in America [and] they don’t believe in black people.”

And they don’t seem to believe in the truth, either. Since it was published last summer, the 1619 Project magazine has evoked significant critical commentary from highly respected generally liberal academics. Civil War historian James McPherson said the Times presented an “unbalanced, one-sided account” that “left most of the history out.” Princeton University history professor Sean Wilentz highlighted “falsehoods, distortions, and significant omissions” by the project’s authors. American Revolution expert Gordon Wood characterized the material as “so wrong in so many ways,” arguing that there is no evidence to support the contention that America separated from England to protect slavery, but there is evidence, that, to the contrary, “the Revolution unleashed antislavery sentiments that led to the first abolition movements in the history of the world.” He expressed concern that “the NY Times would put its authority behind a project that has such weak scholarly support” and worried that the 1619 Project’s narrative is “going out into the schools” and “will color the views of all these youngsters.”

Ignoring the criticism, the Pulitzer Center, the Times’ collaborator on the school curricula, has been marketing the material to schools and teachers since the magazine’s publication. It describes its efforts as “transformative,” reporting that “tens of thousands of students in all 50 states” received copies of the 1619 magazine and engaged with free, Pulitzer Center–generated curricular resources, including reading guides, lesson plans, and extension activities. Within several months, five large school systems adopted the project materials district-wide. Teachers are using them in their classes to teach subjects ranging from English to social studies and even food science. One educational program designed by Pulitzer discusses the legacy of enslavement “in our present day, from the brutality of U.S. capitalism to the spread of sugar in diets” to urban traffic patterns and the resistance to universal health care.

The Times is showcasing the 1619 Project to boost subscriptions as part of its The Truth Is Worth It campaign promoting its “journalistic rigor” and “unwavering commitment to the truth.” The newspaper bought a 30-second ad based on the project for $2.6 million during this year’s Academy Awards “to convince more of its 150 million monthly readers to pay for a subscription,” said senior marketing vice president Amy Weisenbach. Its marketing includes extensive social media and print advertising, a podcast, a book for young children, and a future merchandise collection.

Nikole Hannah-Jones, the Times reporter who spearheaded the project, dismissed criticism of the endeavor as the words of “old white male historians.” But Carol Swain is hardly male, Coleman Hughes is not old, and Jason Hill is not white. Thanks to Robert Woodson and his “1776 Unites” group, Hannah-Jones and the New York Times do not speak for all black Americans — and won’t be allowed to rewrite their history, either.