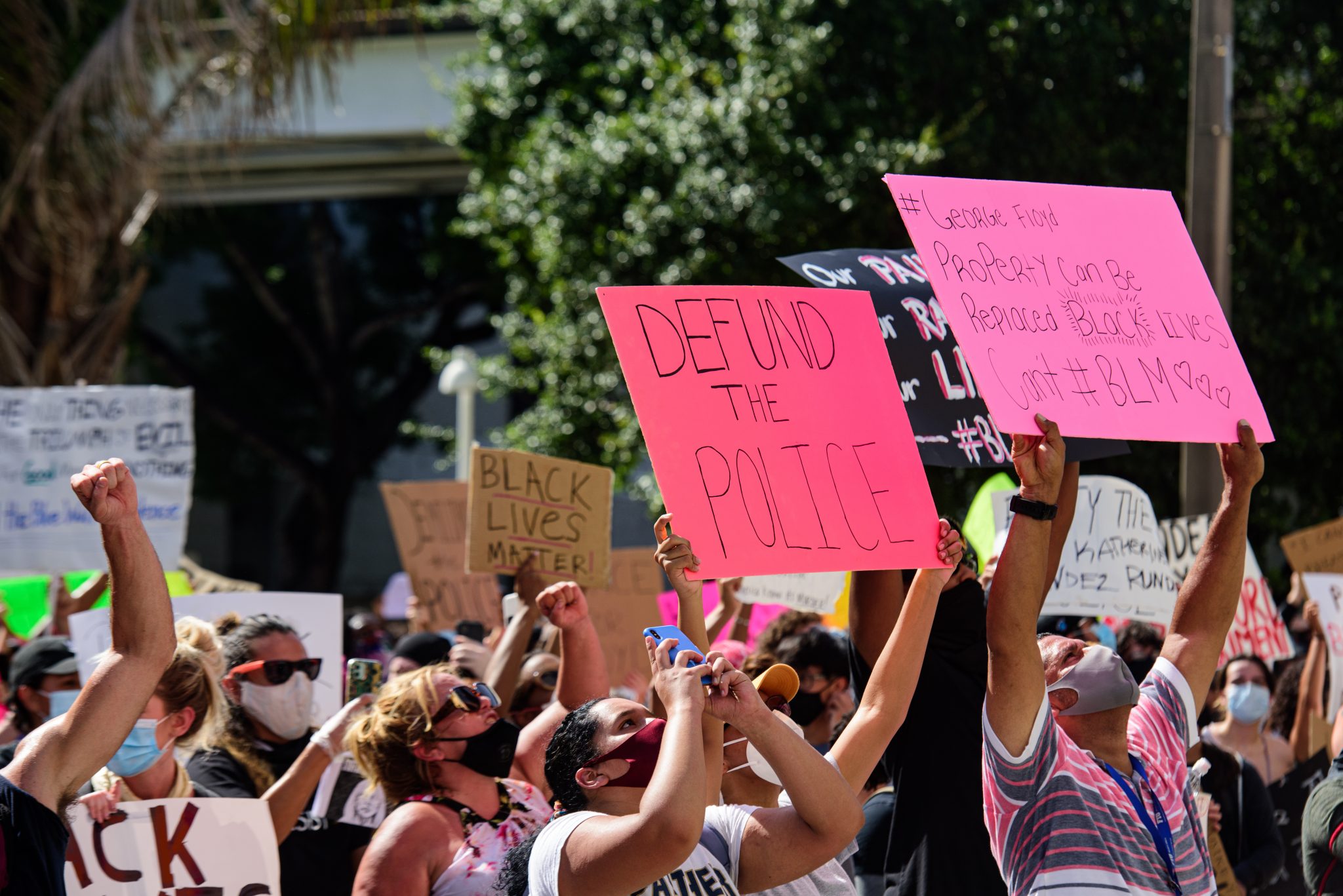 A week ago, the million-dollar question was “What do the rioters want?” They were clearly out to change things: namely city blocks into infernos and store owners into gun owners. Yet to the extent that any greater purpose motivated the protesters, both nonviolent and otherwise, it seemed to boil down to flaccid and unactionable slogans like “Black Lives Matter” or “White Silence is Violence.”

Enter “Defund the Police,” which has brought the disparate elements of this leaderless movement into rapid alignment as if by some irresistible magnetic pull. The Black Lives Matter website features a #DefundThePolice petition on its front page. A former Clinton staffer tweeted the phrase, inviting instant backlash. CNN is giving the idea generous airtime. Young activists on the ground are painting it onto roads and walls. This has all occurred within the last week.

More remarkable still are the vast reservoirs of political will that have been suddenly discovered and deployed in order to turn this proposal, which would have been unthinkable in more innocent times (like April), into a reality overnight. Minneapolis already has a veto-proof majority of City Council members committed to dismantling its police force, though there’s no word yet on alternative ways of securing public safety. Mayor Eric Garcetti of Los Angeles, not quite on board with disbanding his city’s police department, announced that $150 million would be diverted from its budget. Top officials in other cities, including Mayor Bill de Blasio of New York, have promised police defunding without yet offering any specifics.

The speed with which Defund the Police activism has entered the mainstream means that nobody, not even its supporters, has a firm grasp on what exactly it entails. Reformists claiming that protesters would be perfectly happy with diverting a small portion of funding are being undercut, hilariously, by radicals calling for the total abolition of all police. Asked how they would deal with the inevitable assaults, rapes, and robberies, the response has ranged from silence to suggesting that “social workers with defensive armor” should be dispatched instead of police to stop violent criminals, presumably with karate moves.

Coincidentally, this “police abolitionist” faction appears to have also originated in Minneapolis with the 2017 MPD150 project, an “effort by local organizers” which conducted a “150-year performance review” of the Minneapolis Police Department and concluded that abolition was the only viable way forward. When NPR asked one of its organizers, Tony Williams, how a community would make necessary arrests without police, Williams awkwardly changed the topic and asked listeners to go to the MPD150 website, which concedes that a “small specialized class of public servants” might be needed “to respond to violent crimes.” Just don’t call them police officers.

Of course, the absurdity at the heart of this entire issue is that systemic police racism, as imagined by progressives, is a myth. In case you haven’t heard the numbers already: fewer than 10 unarmed African Americans were killed by police in 2019, and half of them were in the process of attacking someone when slain. Even when the deaths of armed individuals are factored in, the number of lives taken is several orders of magnitude smaller than those lost to the inner-city violence, against which police departments are frequently the last line of defense.

This is not to excuse even one of the deaths that happen each year at the hands of police officers. Ideally, every situation could be de-escalated and every bad cop could be vetted out or, better, never hired. But defunding the police, especially so haphazardly in a time when emotions are running high, will bring about unforeseen (or rather, unheeded) consequences. Just ask the residents of Baltimore, who saw police presence pulled back in many parts of the city from 2015 to 2018 after activist pressure. When murders spiked, community leaders blamed the lack of policing and denounced the “progressives” and “liberal journalists” who had campaigned to curb police power. The following year, 2019, saw Baltimore’s highest-ever recorded murder rate, clocking in at around 11 times the national average. This, it seems, is the price that cities across America must now pay for the death of George Floyd.