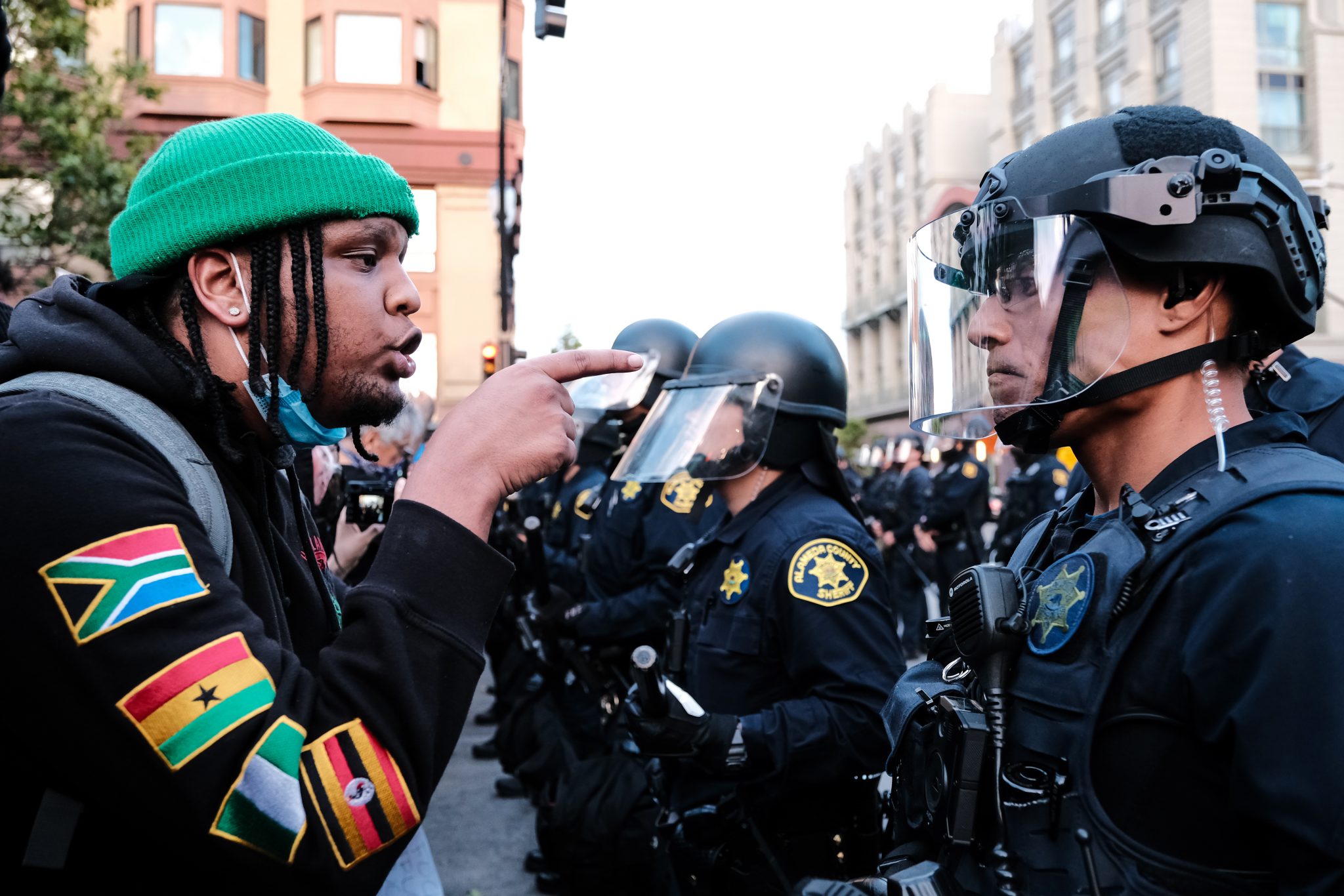 Martin Luther King Jr.’s claim that “a riot is the language of the unheard” has been invoked by apologists for every race riot dating to the ’60s. Fire and rage make for great television — cable news certainly thinks so. Yet one wonders what unheard words this destructive behavior is supposedly substituting for.

George Floyd’s death was police brutality at best and murder at worst. While the truth will be best discerned through careful investigation, few dispute the basic injustice of Floyd’s treatment. But the officers involved have been fired, and Derek Chauvin, the man responsible, has been arrested and charged. The gears of justice, though not fast enough for some, are turning.

The looting and burning and sloganeering nonetheless continue. What do the protesters want?

To be fair, it seems that a substantial portion of them just want a free coffee machine from Target, judging from on-the-ground footage. But a large number, presumably the majority, are peaceful and want genuine social change. Their demands deserve to be heard and addressed, if only because this would be a better use of the media’s time than encouraging violence.

Let’s begin from the top: firstly, the protesters want Derek Chauvin’s head. Activists had been camped outside Chauvin’s house before he was jailed, covering the road in graffiti denouncing the former officer. They were supposedly preventing food deliveries from reaching him, with one protester declaring on social media that they “hope he’s f***ing scared.”

The expectation that the proposed reforms would meaningfully address the main grievance of many of the protesters — the perceived disproportionate force used by police against black people — is, at best, scantily supported by evidence.

It seems obvious that Chauvin deserves punishment for his misuse of power or worse. But in a functioning society, these punishments ought to be doled out by the justice system and not an angry mob. Moreover, they ought to be dispensed meticulously. As John C. Wohlstetter noted in The American Spectator on Sunday, pressure from the mob rushed the county attorney into filing charges and declaring that he “didn’t want to wait any longer to share the news that [Chauvin is] in custody and charged with murder.”

The first of the demands therefore amounts to the insistence that the judicial process be abridged and mob rule be accepted, for this particular murder among many each year. This clearly violates the due process owed to even the worst criminals, and, as Wohlstetter argues, “when you reward bad behavior, expect more of it.”

Secondly, the protesters want police reform. Indeed, every time there is unrest of this sort, the favored refrain from the media, activists, and politicians alike is to insist on “reform.” Major corporations are getting behind this effort, with YouTube pledging $1 million yesterday.

What, exactly, does reform look like? The answer varies based on which organization or activist you listen to, but there are a few recurring themes. A petition started last week, with close to 85,000 signatures at the time of this writing, calls for independent civilian review boards to investigate police misconduct, as well as de-escalation training and implicit bias training. Other common proposals include more body cameras, demilitarization, and greater minority representation within police forces.

Many of these proposals are fair and worthy of at least further investigation. Demilitarizing the police, for example, is a point on which many liberals and conservatives can agree. Yet the expectation that such policies would meaningfully address the main grievance of many of the protesters — the perceived disproportionate force used by police against black people — is, at best, scantily supported by evidence.

Take body cameras for example, a key reform pushed by activists and policymakers in the aftermath of the Ferguson riots in 2014. Body cameras for police officers are a popular idea among American civilians, and there is some evidence that they improve civilian–police interactions. But there is little evidence that they reduce the rates of officers applying lethal force, and no evidence at all that body cameras reduce the disproportionate rate at which black suspects are shot and killed. In fact, a 2016 study found that bodycammed officers were more likely to kill black suspects, not less.

The argument for greater minority representation, that black neighborhoods should be patrolled by black officers, runs into the same problem. The best study to date on this subject found that, contrary to expectations, “nonwhite officers kill both black and Latino suspects at significantly higher rates than white officers.”

Weakest of all might be the calls for implicit bias training. Putting aside the fact that the entire implicit bias industry is a baseless grift designed to keep diversity administrators employed, the best available evidence suggests no overall bias against black suspects. In fact, high-quality simulations of life-or-death situations have found a small bias overall against white suspects, with officers being quicker to shoot them and more likely to accidentally kill an unarmed white suspect than a black one.

None of this is to say that police reform is not worth pursuing. There is, however, no evidence to suggest that further reforms will do anything to bring the rate of black deaths at the hands of officers in line with the white rate, and therefore no chance that the anger of these protesters and rioters will abate.

Last Friday, Joe Biden sent out a short YouTube clip addressing the protests. Among various platitudes, the presumptive Democratic nominee called for “real police reform.” It must therefore be the case that mandatory body cameras and increased minority hires were fake police reforms. Why else would they not work?

Beyond reforms, there is the third and final major grievance of the protesters: material inequality. It has been obvious, between the looting and the calls to “shoot the white folk,” that the ire of the protesters extends far beyond any one institution, let alone any one police officer. The enduring difference in wealth between white and black neighborhoods remains the single greatest source of racial tensions among many.

That’s why the official response of the Black Lives Matter movement features the following statement: “we demand investment in our communities and the resources to ensure Black people not only survive, but thrive.” The petition is directed at no one in particular, but the subtext is clear — this is yet another call for reparations. Everyone else will foot the bill, of course.

How much in reparations? Newsweek provided us with a helpful estimate earlier in May: $10 trillion to $12 trillion, give or take, to bring black wealth into proportion with white wealth. Perhaps the protesters ought to adopt “Give Us $12 Trillion” as their newest slogan. It would make an honest discussion easier for everyone involved, though the wealthy white liberals supporting these riots might find themselves suddenly less enthusiastic.

Irresponsible, unjust, or ineffective: These appear to be the options for our response if America wishes to stop this sort of degrading violence from being relived every two to three years.

To be fair to the protesters and their allies, I may have gone looking for concrete demands where none existed in reality. Right on cue yesterday, a series of megacorporations issued statements bravely condemning racism and insisting that “we must unite.” This seems to be the extent of the dialogue to many on the ground: an unarticulated feeling of rage and injustice directed at everybody and nobody. Because of this, American cities must burn once again.

At what point are rioters no longer unheard, but merely out of useful things to say?