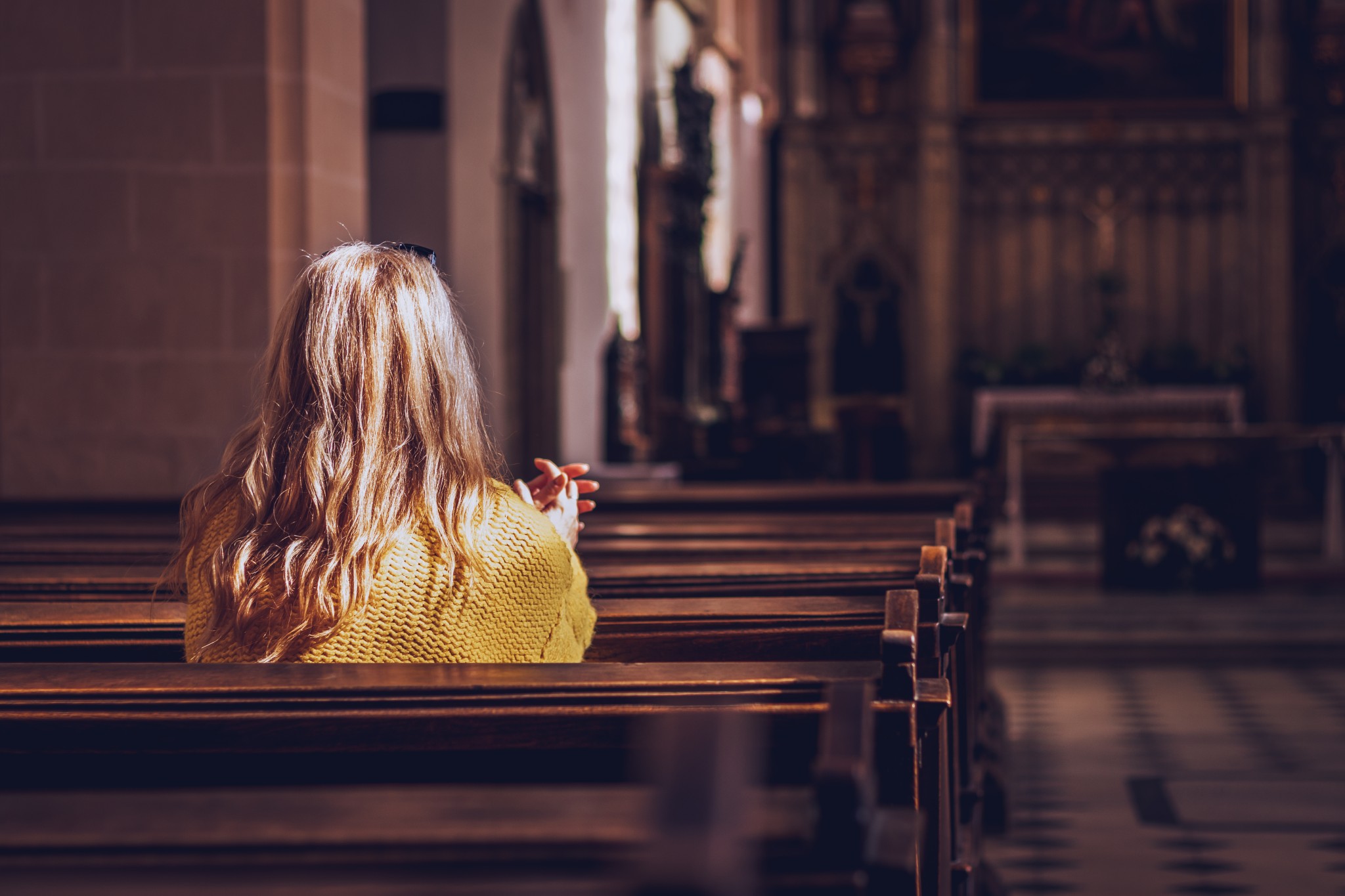 “The biggest story about American religion and politics is that Democrats (specifically white ones) are becoming much, much less religious now.”

That’s Ryan Burge, religious pollster par excellence, in a year-in-review Twitter post that summarizes one of his most retweeted graphs of 2022. He puts statistical meat on the bones of religious disaffiliation: while in 1988 only 6 percent of white Democrats identified as atheists or agnostics, that number jumped in 2021 to 32 percent. That’s nearly one-third of all white Democrats.

The percentage of nonwhite Democrats who have fled God has also risen, but much less dramatically. It increased from 3 percent in 1988 to 8 percent in 2021.

When we peer into the future, we see the ‘God gap’ expanding. About 40 percent of millennials (born 1981–1994) and Gen Zers (born 1995–early 2010s) self-identify as “nones” (people who say they are atheists, agnostics, or “nothing in particular”). These are the same cohorts that rushed to the polls in the 2022 midterms and pushed many toss-up races to the Democrat ledger. While some studies suggest that the rate of “none-ness” in these generations may be leveling off, the fact that 40 percent of young people in this country claim no religion does not augur well for people of faith. (READ MORE from Tom Raabe: Losing the Youth Vote)

The bottom line is that in the last 30 years, the “God gap” between Democrats and Republicans has become a God chasm, and it’s likely to get deeper and wider as the years pass.

This brings to my mind Martin Luther’s favorite question, to wit: “What does this mean?”

It means, first of all, that the Democrats should find religion. And by “religion,” I mean religion that includes, you know, God, and not one that directs worship toward a putative entity whose name also starts with an uppercase “G” — Gaia.

As unlikely as it may seem, some in the political arena are advocating just that. After the Democratic Party passed a resolution a few years ago praising religious “nones,” Stephen Prothero, a well-known American scholar of religion, told the Deseret News’ Kelsey Dallas that it was an unforced error. Democrats are already known as the anti-God party; why are they focusing on the nonreligious?

“One of the reasons for the success of the Republican Party in my adult lifetime,” Prothero said, “is because they were able to position themselves as Christians and position Democrats as godless.”

Prothero wants Democrats to tap into the God market, if only to expand their political holdings.

If past be prologue, it’s not going to happen. This is the party that booed God at its 2012 convention, after all. (In 2008, the Democrats removed mention of God from their party platform; when in 2012 some tried to add God back, many in the assembly booed.) It also boasts a social platform that pushes against historic Christian morality at nearly every turn — including on abortion, same-sex marriage, gender identity, end-of-life issues, and religious freedom.

In November, the Senate passed by a 61–36 tally the ignominiously named Respect for Marriage Act, codifying same-sex marriage with all Democrats but one (Sen. Raphael Warnock sat this one out) and 12 Republicans. The American Spectator’s George Neumayr lamented:

The “gay marriage debate” is a zero-sum game that the “woke” have won and Christians have lost. Their banishment from the public square will now accelerate. In the eyes of the government, they will occupy the same moral category as segregationists, and the state will mistreat them accordingly.

The religious liberty battles surrounding same-sex weddings bear witness to this. The Left (in reality, a term synonymous with “Democrats”) offers no quarter to Christian wedding vendors wishing to honor their consciences, instead focusing obsessively on furthering nondiscrimination protections for their LGBTQ supporters. In case after case — be it involving bakers, florists, photographers, web designers, etc. — militant leftists bring charges against a lone Christian wedding vendor whose beliefs forbid him or her from servicing their weddings, even though plentiful compliant vendors are available nearby. Jack Phillips of Masterpiece Cakeshop fame operates in suburban Denver; there must be plenty of bakers within walking distance of his shop willing to comply with requests for custom-made gay wedding cakes. (READ MORE: The Insane Persecution of the Christian Baker Jack Phillips)

Whether it’s following one’s beliefs as a wedding vendor (Jack Phillips, Lorie Smith, Barronelle Stutzman), praying in public as a government employee (Joe Kennedy), conducting business as a company (Hobby Lobby), or practicing religious faith as an adoption provider (Catholic Social Services of Philadelphia), the Left targets freedom of religious expression with unrelenting tenacity. Its preservation hangs by the thread of a single vote (sometimes two) in the Supreme Court.

Although spoken six years ago, the words of U.S. Civil Rights Commission Chairman Martin R. Castro sum up the Democrat stance on religious liberty: “The phrases ‘religious liberty’ and ‘religious freedom’ will stand for nothing except hypocrisy so long as they remain code words for discrimination, intolerance, racism, sexism, homophobia, Islamophobia, Christian supremacy, or any form of intolerance.”

Speaking of intolerance, consider the full-court press that the Biden administration has applied against religious freedom. Since assuming office, the Biden team has made noise about requiring doctors to perform medical procedures that violate their consciences; requiring the inclusion of abortion and sex-change operations on company health plans; requiring schools to hew to the transgender agenda in bathroom use or lose their federal lunch money; and a host of other threats to Americans’ religious activities.

As if that is not enough, look at the Democrat campaign to shut down religious meetings during the pandemic. The onerous, inequitable forced cancellation of worship services, or even group Bible studies or get-togethers (sometimes outside!), when “essential services” — which included malls, retail shops, casinos, hair salons, and even tattoo parlors in some places — were allowed to remain open, has had lingering effects on church attendance. Many churches report current attendance well shy of pre-pandemic numbers. Democrat governors and health officials kept churches shuttered long after it was necessary, if it ever was. Again, in many instances, a vote or two in the Supreme Court were all that restrained Democrat politicians from hitting religion even harder. Let’s hope that vote is still there when the next pandemic hits.