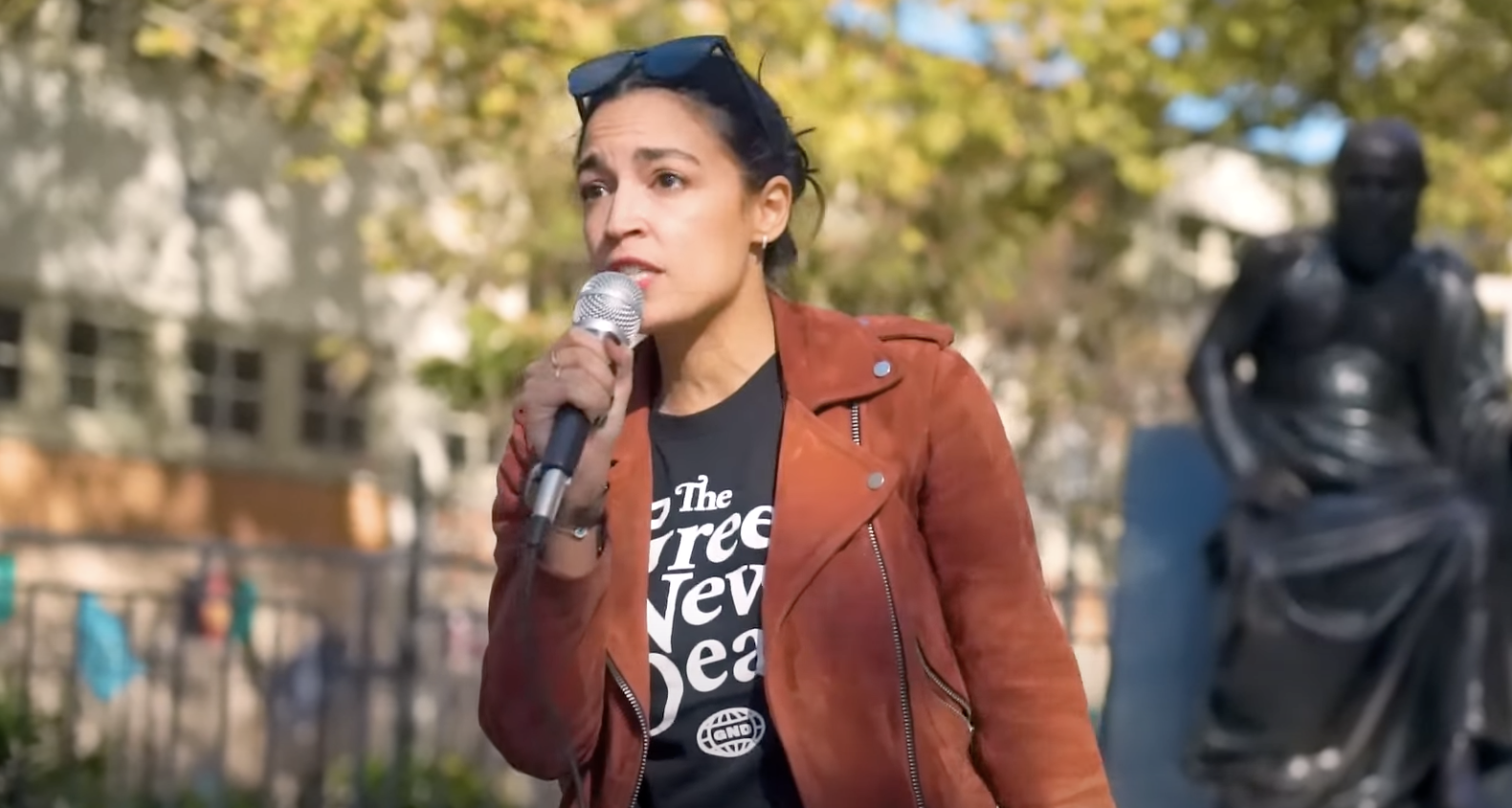 In the days following the Nov. 8 election, the claim echoed across the political landscape. Credit the kids, the 18-to-29-year-olds, for turning the red wave pink or — because in some places they’re still counting — possibly even powder blue.

From Alexandria Ocasio-Cortez to more seasoned politicians to youth-advocacy groups the nation round, influential voices were heaping praise on Gen Z and younger millennials for staving off the red tide and “saving” many Democrat incumbents.

Said AOC, “The role of young people in this election cannot be understated. Turnout delivered on many of these races.” Or Varshini Prakash, of the climate group Sunrise Movement: “Young people saved this election. Two elections in a row, young people proved that Gen Z is a vital voting bloc that can and will be the bedrock of the Democratic Party.” Or Victor Shi, a youth voting advocate: “Young people literally prevented a Red Wave & saved Democrats. Full stop.” Joe Biden himself jumped on the youth demo thank-you bus: “I especially want to thank the young people of this nation,” he said, praising youth for their turnout efforts. “They voted to continue addressing the climate crisis, gun violence, their personal rights and freedoms, and student debt relief.”

But is it true? Should Gen Z be taking a victory lap?

The problem the youngsters have with Biden is that he is ineffective; he isn’t pushing through leftist policies fast enough.

When stacked up against other dependable left-leaning cohorts — single women, who went a staggering 37 points more for Democrats than Republicans this cycle; blacks; Hispanics; Asians; college-educated voters — the youth vote may seem less than crucial. Youth composed 12 percent of the vote this time around, down slightly from the record midterm number, in 2018, of 13 percent. And 27 percent of the nearly 52 million eligible voters in the under-30 crowd cast a ballot, down from the 2018 record of 31 percent as well, but, in nine hotly contested states, the 2022 figure was indeed 31 percent. The 2018 and 2022 turnout figures are higher than any other turnout figures in nearly 30 years. Add anecdotal evidence from college towns around the country, where photos showed students waiting to get into polling places, their number slinking off onto the horizon, and indeed, the kids’ vote was a factor.

And they voted, in great number, for — surprise! — liberals. In the House races, they went 63 percent to 35 percent for Democrats, down slightly from 2018 — which was 67 percent to 32 percent — but still potent. In some of the swing states, their vote was a killer: In Pennsylvania, they went 70–28 percent for John Fetterman; in the Mark Kelley–Blake Masters contest in Arizona, the spread was 76–20; in New Hampshire, it was 74–23 percent for Democrat Maggie Hassan.

But kids always veer left. It’s what makes them kids — liberals at 20; conservatives, mugged by life, at 40. It’s a cliché, true, but the ideological proclivities of the older cohorts bear it out: Voters in the 30-to-44 age range split red and blue, while Republicans begin taking the lead when people hit 45 and increase it as they pass through the golden years.

Some say this cohort is different, though. A few days before the election, the director of polling at the Harvard Kennedy School Institute of Politics, John Della Volpe, said: “I’m not sure if we will see a Red Wave or Blue Wave on November 8 — but we will see a Gen Z Wave…. Youth today vote at levels that far exceed millennials, Gen X, and baby boomers when they were under 30.… Gen Z is ushering in a new era of sustained political engagement.”

And they based their votes on just the topics we hoped they wouldn’t. Inflation, while important to them, didn’t prompt them to blacken the “R” circles on their ballots. It was fear that their rights — specifically rights of women, exacerbated by the Dobbs decision, and of minorities and LGBTQ people — were being threatened by Republicans that informed their vote. All those scare ads, and the ubiquitous “democracy under threat” emphasis, provided plenty of traction for the Left.

The future doesn’t look much brighter, either. According to one study, among the youth critical of Biden and Democratic members of Congress — who garnered only 39 and 41 percent approval, respectively — a predominant complaint is that the Democrats are not moving fast enough enacting their policies. “Gen Z voters are liberal and left-leaning but tend to be more liberal and left-leaning on cultural issues,” said John Cluverius, an associate director at the University of Massachusetts Lowell Center for Public Opinion Polls. “The solution that Gen Z voters see is to elect more Democrats and to elect more progressive and insurgent left Democrats.” The problem the youngsters have with Biden is that he is ineffective; he isn’t pushing through leftist policies fast enough.

“They speak a different language than all previous generations,” said Jamie Cohen, assistant professor in the media studies department at the City University of New York Queens College. “They interpret media completely different than millennials, Gen X or boomers, and as Bo Burnham would say, they see the world almost cynically or ironically.”

The Democrats went all-in attempting to exploit this “different language” for these midterms. Despite its provenance in mainland China, and the dangers it poses to national security, the Democrats are all over TikTok, the favored Gen Z social network. The Pew Research Center says 26 percent of the under-30 demo get news from the site, a figure that has roughly tripled, from 9 percent, two years ago.

According to the Washington Post, the Democratic National Committee has an account on the platform. It also has a full-time content strategist dedicated solely to TikTok; the strategist posts news clips, explainers, and trending memes. In 2020, TikTok for Biden (now known as Gen Z for Change) gathered a group of 500 TikTok creators who agreed to endorse Biden in his contest against Donald Trump.

Biden had eight prominent “influencers” to the White House in October — TikTokers with a combined following of 67 million — to instruct them how to influence their followers, what to say to convince them to vote Democrat. One influencer boasted a following of 10.2 million. They took selfies with the president, hung around the Oval for an hour, and even, the grandest perk, were permitted a session with Barack Obama — in the Presence, if you will.

TikTok is, not to put too fine a point on it, problematic. Trump tried to get rid of it, and it has been banned from government-issued phones in some high-level government and military branches. Banning it, which two prominent Republicans are talking about, is almost certainly a political loser for Republicans in their efforts to court the youth vote. But Sen. Marco Rubio and Rep. Mike Gallagher are concerned that its rampaging popularity would allow the Chinese Communist Party to “subtly indoctrinate American citizens” and collect info on users. “Unless TikTok and its algorithm can be separated from Beijing, the app’s use in the United States will continue to jeopardize our country’s safety and pave the way for a Chinese-influenced tech landscape here,” they said. Sen. Josh Hawley called it “incredibly irresponsible” of Biden to ask “teenagers to do his job for him” on a social media app owned by the Chinese.

But the world of social media is exceptionally fluid; it was only yesterday, it seems, that Instagram ruled the app world, and, before that, Facebook. New platforms pop up constantly to render old platforms passé. It would happen to TikTok too.

How best to counter the youthful dash to the left posed by Gen Z is another issue entirely. Anyone who didn’t see this coming hasn’t been paying attention to the K-12 public school education world for the past three decades. Children, beginning in elementary grades, are immersed in pedagogy that plumps leftist ideas and programs and demeans conservative philosophy. Critical theory and the promotion of transgenderism are only the latest results of a trend that has been building for more than a generation.

One positive coming out of Nov. 8, the election to many school boards of conservatives, might help blunt that youthful dash. But any noticeable progress on that front is decades off.