by Paul Kengor
California Department of Corrections and Rehabilitation 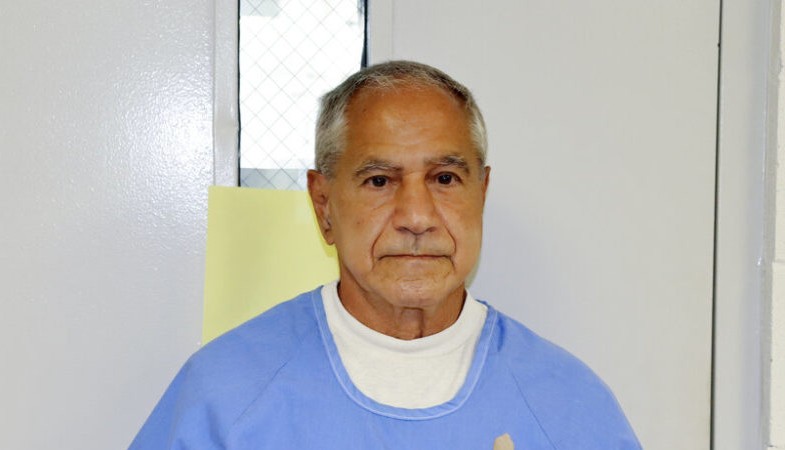 It transpired shortly after midnight on June 5, 1968, at the Ambassador Hotel in Los Angeles. It should have been a great night for Bobby Kennedy, one of celebration. He had just achieved a grand political victory, having won California in the Democratic primary. He was surely on his way to becoming the party’s presidential nominee.

After giving his inspiring victory speech, Kennedy was led from the podium and toward the hotel exit via a carefully pre-selected back route through the kitchen. But someone was waiting, hiding along that path.

As people pressed in to see the senator, a 24-year-old Palestinian-Jordanian immigrant named Sirhan Sirhan jumped out from behind a cart stacked with trays next to an ice machine and began firing a .22 revolver. He lodged three bullets in his target, one of them directly in the head, which entered behind the right ear and pierced into Kennedy’s brain. The New York senator went down and would never stand again. He lay there on the floor in blood, a rosary in his hand, placed there by a busboy named Juan Romero, a 17-year-old Mexican immigrant who had rushed to his side.

Why did Sirhan Sirhan pull the trigger? The young Palestinian was seeking vengeance against the New York senator for his support of Israel in the Six-Day War the previous June. Sirhan was already vehemently anti-Israel, and when the Jewish state defeated the Arab states in the Six-Day War, he vowed revenge. Bobby Kennedy was the chosen outlet for his anger.

History has forgotten that Sirhan Sirhan, like JFK’s killer Lee Harvey Oswald, was a communist. “Long live communism,” Sirhan had penned over and over again in his diary. “Long live communism!” He affirmed: “I firmly support the communist cause and its people—whether Russian, Chinese, Albanian, Hungarian or whoever.” He quoted the final words of Marx’s Communist Manifesto: “Workers of the World Unite, you have nothing to loose [sic] but your chains and a world to win.”

Communism was part of this tragedy in more than one way. The deadly act was prompted not only by the evil of Middle East terrorism but also — though this has been forgotten — by the evil of Soviet communism. What did the Soviets have to do with this dirty deed? The Six-Day War had been shamelessly provoked by the Kremlin.

Soviet officials were looking to exploit divisions in the Middle East and further exacerbate America’s foreign policy problems at the time (especially in Vietnam), so in May 1967, they cooked up false intelligence reports which claimed that Israeli troops had been moved into the Golan Heights and were readying to invade Syria. Moscow peddled the malicious disinformation to Egypt and other Arab states hostile to Israel. The Kremlin wanted to provoke a military confrontation with Israel. And it worked.

Moscow had precipitated the Six-Day War in June 1967, which, in turn, had prompted RFK’s assassin in June 1968.

Looking back, this was perhaps the first major manifestation of Middle East terrorism in the United States, long before September 11, 2001.

(A much lighter side note: the founder and editor-in-chief of The American Spectator, R. Emmett Tyrrell Jr., had just a few weeks earlier, on April 24, 1968, been with RFK and led him off the stage and to his car after he spoke to a packed auditorium at Indiana University in Bloomington. Characteristic of Tyrrell, when a grateful RFK extended his hand in thanks for getting him safely to his car, Tyrrell placed a “Reagan for President” button in the senator’s hand. RFK laughed. Those were better days.)

Today, 50 years later, the shooter is still with us. Bobby Kennedy is long gone. Who knows what might have been? The moment truly changed history. The president in 1968 would be Richard Nixon, who had barely lost an election to RFK’s brother in 1960. That brother, of course, was likewise assassinated.

Last week, a parole panel in California voted in favor of Sirhan’s release from prison. The decision is not yet final, and will ultimately go to the California parole board and the governor of California, Gavin Newsom.

The Kennedy family is divided over the matter. Some feel that Sirhan, now 77 years old, has done his time after 53 years in prison. He’s no threat (they believe) and should be released. Other Kennedy children feel differently. Six of them issued a statement Friday saying they were “devastated” by the panel’s ruling. “We are in disbelief that this man would be recommended for release,” said the statement signed by Joseph P. Kennedy II, Courtney Kennedy, Kerry Kennedy, Christopher Kennedy, Maxwell Kennedy, and Rory Kennedy.

Will Sirhan Sirhan soon be a free man? We shall see.