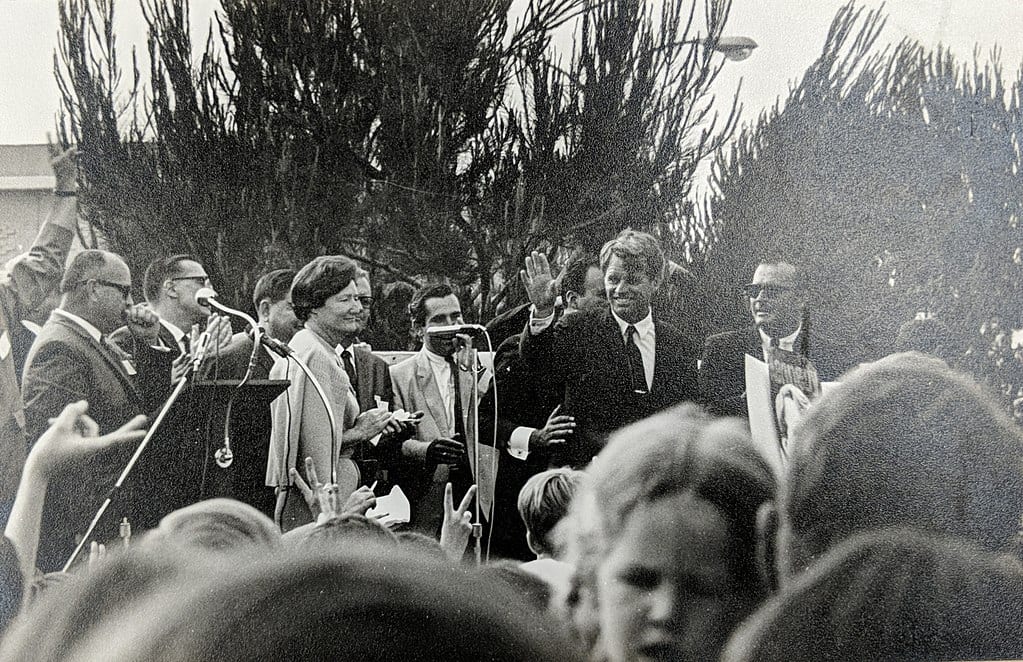 This month marks the 50thanniversary of the assassination of Robert F. Kennedy, one of the defining events of 1968 and a profoundly influential one for American politics since. Kennedy was a skilled politician whose entrance into the 1968 presidential field upended the race, and, were it not for his tragic death, he may well have won the presidency.

His impact has resonated well beyond 1968, however. As my late friend Jeff Bell argued in his book, Populism and Elitism, Robert Kennedy’s short-lived campaign drew strongly on populist impulses — that is, an optimism about the ability of people to make decisions about their own lives, rather than relying on elites to do it for them. This approach seemed to be giving Kennedy the momentum in the race, until that fateful moment on June 5th:

Kennedy’s assassination on the night of the California primary put a halt to that effort, not just for 1968 but (in large part) for the decades since. No subsequent liberal leader has made an effective effort to develop a form of left populism… Subsequent polling in 1968 found many white Kennedy voters lining up for Richard Nixon and George Wallace, although, with great difficulty, [Hubert] Humphrey got some of them back by the November election. But no Democratic presidential nominee has ever done as well as Humphrey with these voters in the five elections since. In short, the effort to keep the Democrats’ majority coalition together with a more populist appeal began and ended in the three months of Robert Kennedy’s campaign.

Ever since the death of Kennedy, and by extension liberal populism, American politics have been turned upside-down, with both major parties undertaking a complete role reversal from what had been the status quo prior to that year.

In 1964, with the nomination of Barry Goldwater, the Republican Party had taken its first tentative steps towards a conservative populism. Since the 1950s, it had been defined by such leaders as Dwight Eisenhower and Nelson Rockefeller, who could best be described as conservative elitists. However, beginning with the tumultuous election campaign of 1968, this ground quickly began to shift. Richard Nixon and his “silent majority” powered a counter-conservative Republican populism, culminating in the election of Ronald Reagan a decade later. Meanwhile, the Democratic Party came to be dominated by elite progressives, who had begun to gradually take over vast swaths of the culture and American institutions.

Since then, this state of affairs has come to predominate, though not without a few twists along the way. After Reagan, the conservatives who had found success with him during his presidency formed their own elite establishment, best represented by institutions such as the Chamber of Commerce, which dominated conservative policymaking, elevating business-friendly policies to the detriment of more populist issues — at least until 2016.

Now, it is Donald Trump who has proven to be the populist heir of Kennedy and Reagan, albeit with a different form than either. Rather than liberal or conservative, the populism of Trump is anti-progressive, a reactive movement against today’s leftist elites and their attempts to marginalize traditional American sentiments. While conservatism still serves to undergird much of the particular aims of Trump’s movement, it is this progressive versus anti-progressive conflict that is likely to define American politics in the years to come.

However, despite these ideological changes, the dynamic still retains much of the shape it first took on 50 years ago. With the death of Robert Kennedy, populism migrated to the right while elites moved leftward, a development leading us directly to the age of Trump. And as with all of history, we can only wonder what may have happened had one event turned out differently.