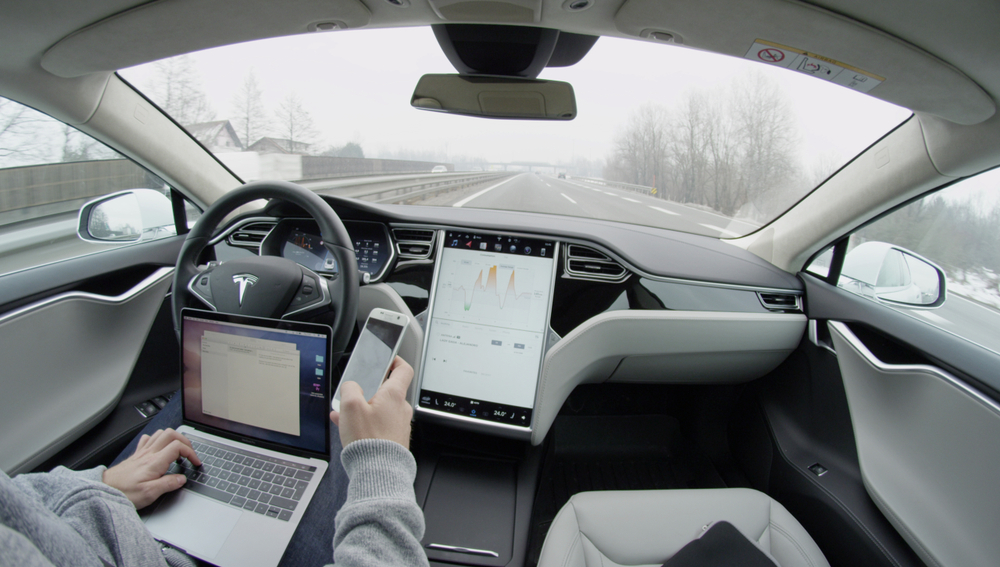 Teslas continue to crash into things, automatically. There have been at least 23 crashes of Teslas likely driving in auto-pilot mode, including three recent ones (more here). One of those occurred in Detroit about a week ago, when a Tesla Model Y drove into a stationary state police car.

So that’s at least two in the course of about 10 days. 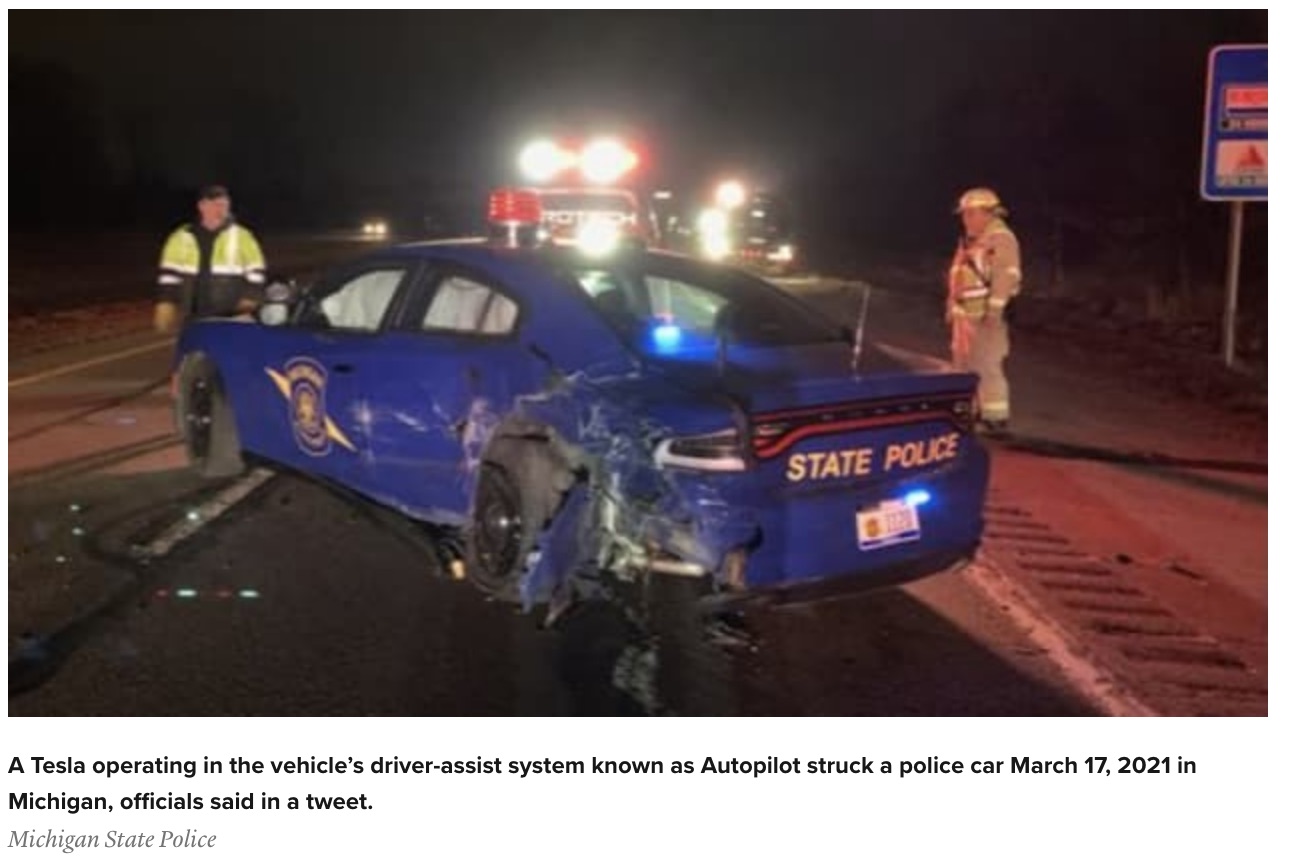 The federal “safety” apparat — the National Highway Traffic Safety Administration (NHTSA) — is reportedly “investigating” these crashes — some of which have resulted in death and demonstrable harm. The federal apparat is usually completely zero-tolerance when it comes to transgressions of federal folderol that caused no deaths and no demonstrable harm to anyone. Think of the infamous “case” of the Cheating (but harming no one) Volkswagen Diesels, which were all taken off the road, notwithstanding. But with auto-crashing Teslas, they’re merely “investigating.”

Of course, VW’s diesels were harming something, if not people and property — they were harming the case for electric cars like Teslas. So they had to be shut down.

It’s hard to make a case for an electric car that costs nearly $50,000 — like the Tesla Y that auto-crashed into the parked Michigan cop car — when you could buy a $25,000 car like a diesel-powered VW Jetta or Golf capable of traveling 700 miles on a tank. And those non-electric cars only took a few minutes to refuel and would never need a $6,000 battery in order to remain functional.

Those kinds of cars did a great deal of good.

So the VWs had to go, in order to make way for cars like the auto-crashing (and auto-immolating) Tesla.

Here’s how the NHTSA responded to the Detroit crash: “Consistent with NHTSA’s vigilant oversight and robust authority over the safety of all motor vehicles and equipment, including automated technologies, we have launched a Special Crash Investigation team to investigate the crash.”

“Vigilant oversight” over the “safety of all motor vehicles and equipment”?

Well, how about the defective Takata air bags? They’re still in wide circulation because the federal apparat has decreed that every new car made since the mid to late ’90s must come with air bags. For that reason there are still hundreds of thousands of defective air bags in cars being driven right now, but their drivers are not even allowed to have a temporary turn-off switch installed until the defective air bags can be replaced.

And — apparently — never mind that NHTSA has allowed Tesla to use the public roads to test a technology that is known to be dangerous, having resulted in crashes that have killed people.

What is there to “investigate”?

A thought experiment will hopefully clarify.

Imagine the “case” of a car — a non-electric car — that was known to suffer fairly regular brake failure, resulting in crashes and deaths. There’s no question about the fact of the failure: something about the way the car’s brakes were designed or installed resulted in them sometimes not working and the cars crashing.

Even if just one of out 10,000 cars crashed, is there any doubt in anyone’s mind that all of the cars so equipped would be robustly recalled by the federal “safety” apparat? And the manufacturer of the cars would be dragooned before various investigatory bodies to determine the hows and whys.

This is exactly what happened to Ford over the Pinto, which burst into flames far less regularly per capita than Teslas auto-crash into things. And that’s what happened to Audis that crashed because some owners mistook the accelerator pedal for the brake pedal. The car itself was blameless.

But with Tesla’s auto-crash problem, we have a technology that is known not to work sometimes — and with sometimes fatal consequences. And which when it does work inarguably promotes zero-attention “driving,” notwithstanding the oily legalese about the driver “always being ready to intervene.”

The infamous catalytic converter “test pipe” was banned, but autopilot, which makes a crash much more likely by encouraging “drivers” to use the technology so they don’t have to drive — and can literally go to sleep at the wheel — is “investigated.”

It says much about NHTSA’s “vigilant oversight.”