Americana,News,Politics John Bel Edwards,Politics Not To Be - The American Spectator | USA News and Politics
Menu
Americana
Not To Be 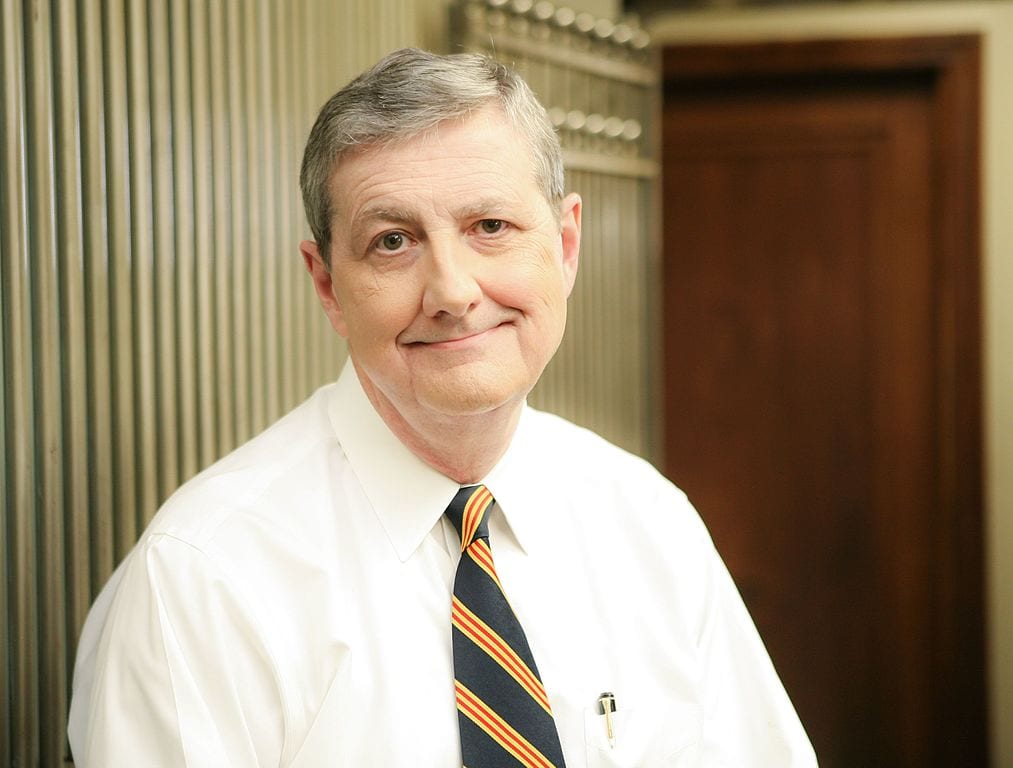 Nationally, what John Neely Kennedy is known for is his status as The Nation’s Most Quotable Senator, and his short cable news appearances have rapidly made him a go-to for sound bites and hot takes on current events. But in Louisiana, from which he hails, Kennedy has become better known as the likely Republican candidate to right the demographic wrong of 2015, when John Bel Edwards emerged from an unusual set of circumstances to win the state’s gubernatorial race and become the only Democrat governor of a Deep South state.

For months Kennedy openly toyed with an entry into the Louisiana gubernatorial race, which will take place next year with a jungle primary in October and a runoff in November. He has inserted himself ubiquitously in state political issues to the consternation of Edwards and his camp, he’s trashed members of Edwards’ administration — for example, after a legislative audit in November turned up $86 million in waste from the state’s Medicaid program Kennedy called the Louisiana Department of Health “lazy” and demanded the resignation of its secretary Rebekah Gee — and he’s gratuitously suggested he would be announcing a run against Edwards.

Kennedy even announced a date by which he would be deciding on a gubernatorial run. He gave December 1 as his deadline to decide. And prior to that date his camp put out the word in Republican circles around the state that the other potential hopefuls — state Attorney General Jeff Landry, for example, or state senator Sharon Hewitt, U.S. Rep. Ralph Abraham, multimillionaire businessman Eddie Rispone or Louisiana Association of Business and Industry president Stephen Waguespack — were either unqualified or politically incapable of beating Edwards. Kennedy’s preparations were so complete that politicos around the state had been scooped up for a prospective run. Kennedy even released polling data showing that he would beat Edwards in a head-to-head race. Landry and Waguespack both responded by publicly vacating the race, citing a need for Republicans to galvanize around a single candidate in opposition to the incumbent.

But last week Kennedy moved his deadline back, from Saturday to Monday. And amid rumors that he was getting cold feet about running, the Senator then announced Monday morning that his “to be or not to be” deliberations were concluded in the negative.

Virtually everyone within the Louisiana GOP seethed over the decision, while asking “Now what?”

It isn’t so much that Kennedy won’t run, though for some reason governor seems like the only Louisiana political job he’s not interested in. It’s that he made this decision after more than half a year of signaling to everyone in the state that he would.

Kennedy all but cleared the field for most of 2018, which would have been the year prospective candidates would have been jockeying for political and financial support in advance of the 2019 campaign, and his exit leaves a vacuum Edwards and his camp are triumphantly celebrating.

The governor couldn’t contain his glee at Kennedy’s announcement and celebrated his good fortune by taking a characteristically undignified shot at the Senator. “For Sen. Kennedy, this was never about the people of Louisiana,” Edwards said. “This was about focusing the spotlight on himself. There are more than 4.5 million good people who call Louisiana home. They deserve to have elected officials who will work together to put Louisiana first.”

It’s one of the scant few times Republicans in Louisiana might agree with Edwards.

It should be recognized, of course, that the concept of a sitting U.S. Senator running for governor of his state is absurd on its face. That doesn’t happen hardly anywhere but Louisiana, and had Kennedy made a different decision Monday it would have happened in two consecutive gubernatorial cycles. David Vitter opted to enter the gubernatorial race after just under two terms as a Senator in 2015, a decision driven by a desire to impose a raft of conservative reforms on a state badly needing them (and a recognition he’d largely stalled out in the Senate); that didn’t work very well, as Vitter found himself embroiled in a four-way race with Edwards and a pair of Republican opponents who hounded him about a decade-old prostitution scandal he thought had already been litigated in his 2010 Senate re-election campaign.

So the complaint isn’t so much that Kennedy opted to stay where he is. It’s that he sucked the oxygen out of the room for as long as he did without actually running. We’re in the late stages of the pre-campaign now, and nobody in Louisiana has a clue who the lead Republican dog in the race will be.

Abraham said last week he’s leaning toward running, and state GOP officials are now pushing him for an announcement this week. He’s an intriguing candidate, but he’ll need development — and the fact he represents a mostly-rural district which hasn’t produced a Louisiana governor since John McKeithen in the 1960s isn’t a good sign.

Rispone has already said he’s in, and he has $5 million of his own money pledged to the campaign. But last week wasn’t good for Rispone either, as his campaign team lost its quarterback. That would be political consultant Blake Harris, who successfully steered GOP Tennessee businessman and rising political superstar Bill Lee to victory in that state’s gubernatorial race this year; Harris had signed on to attempt to duplicate the Lee campaign for Rispone, but instead opted to serve as Lee’s chief of staff.

Rispone has built one of the best industrial construction companies in America and has the potential for a Donald Trump-like narrative, but he’s burning valuable time which could be spent building name identification and defining himself as an executive who can fix what decades of politicians have broken. So far he isn’t ready to debut that campaign, and the vacuum on the GOP side isn’t likely to wait very long for him.

That means the field is wide open and it’s as likely as not to be filled by a multitude of pretenders and attention-seekers with little chance to win. Recent statewide campaigns in Louisiana, like the senatorial race Kennedy won in 2016 and the special election race for Secretary of State this year (which will be decided in a Dec. 8 runoff), have seen a field full of candidates who shouldn’t be running, and this has all the makings of something similar without a true Republican frontrunner. And it’s worse than those races — because this one has a Democrat incumbent rather than a vacant seat.

And that’s why Edwards and his camp are triumphant following Kennedy’s announcement. They’re expecting they can sit on a $12-15 million war chest through a jungle primary crowded with underfunded Republicans beating each other to a pulp and then unleash that war chest on the battered, bruised and broke second-place finisher in the runoff.

But for all the celebrating Democrats might be doing in the aftermath of the senator’s demurral, two historical factors should give them pause.

First, Democrats don’t get re-elected as governors in Louisiana. That hasn’t happened since 1975, when Louisiana was still a one-party state and Edwin Edwards was riding high amid an oil boom economy.

And second, Louisiana voters have an almost pristine history of electing underdogs in gubernatorial races. Nobody gave Edwards a chance to beat Vitter until shortly before the primary in 2015. He was a long shot, but he followed in a tradition of long shots that included Kathleen Blanco, Mike Foster, Buddy Roemer and Dave Treen in quick succession. So if it’s Ralph Abraham, Eddie Rispone, Hewitt or some other ugly duckling, nobody should discount the possibility of what would be considered an upset in a red state.

But the irritant for Louisiana Republicans is Kennedy had all but promised it wouldn’t be an upset to beat Edwards. And but for those promises the field would long since have developed in a race the GOP — not just in Louisiana — needs to win.