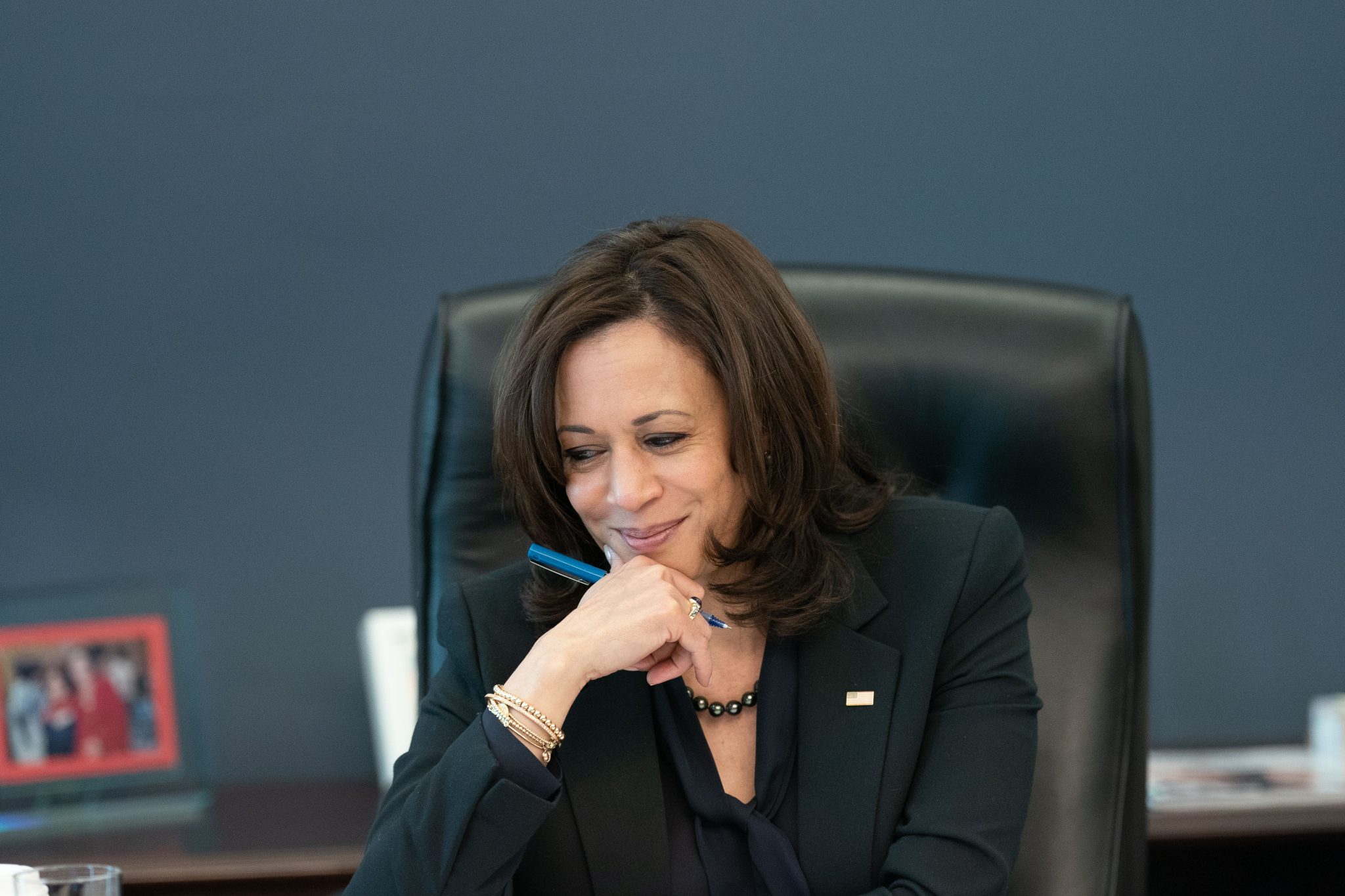 The bad news is that it took the Biden–Harris administration 100 days to begin reconciling their preoccupation with climate change, face masks, racial and gender “equity,” and free money for the masses with their supposed support for America’s space program. The worse news is that they are beginning to figure it out.

Unattributed senior White House officials chose May 1, May Day — an international signal for impending aviation disasters and a calendar date coopted by violent anarchists, arsonists, and domestic terrorists — for a background press call to announce Kamala Harris’s appointment to lead the National Space Council. In an uncharacteristically patriotic statement acknowledging her new post, Harris tweeted, “As I’ve said before: In America, when we shoot for the moon, we plant our flag on it.” She was referring to a one-liner she delivered during a celebratory inauguration event last January, apparently taking credit for the Apollo 11 landing of Neil Armstrong and Buzz Aldrin under President Richard Nixon.

But in basking in the glow of borrowed glory, Harris was being less than honest. Harris doesn’t care about American exceptionalism or the historic accomplishments of (white, male) legacy astronauts. Her interest in space is colored by identity politics and militant feminism, and her public expressions of support are limited to lauding female and minority “firsts”: lauding astronaut Peggy Whitson’s American record for most total days in space; co-sponsoring a bill to award Congressional Gold Medals to “Hidden Figures” frontwomen Christine Darden, Mary Jackson, Katherine Johnson, and Dorothy Vaughan; and promoting a resolution to celebrate the world’s first all-female spacewalk by astronauts Christina Hammock Koch and Jessica Meir — and that was when she was a junior senator from California.

As “first black female vice president,” Harris gushed over black astronaut Victor Glover’s assignment as the “first African American to be on the International Space Station for a long duration of time” to celebrate Black History Month. As “first female vice president,” she gushed over female astronauts Shannon Walker and Kate Rubins for “just being women in space” on the International Space Station (ISS) for Women’s History Month. She actually showed a bit of restraint in not gushing over Japan Aerospace Exploration Agency (JAXA) astronaut Soichi Noguchi in her role as “first Asian female vice president” — but that could be because he left the space station before Asian Pacific American Heritage Month kicked off (it’s unlikely that his lack of American citizenship would have forestalled her from promoting yet another racial avatar).

But make no mistake, Harris’s appointment to lead the National Space Council does not signal a continuance of President Trump’s vision of a space council that helps ensure that all aspects of the nation’s space power — national security, commerce, international relations, exploration, and science — are coordinated and aligned to best serve the American people.

When Obama gutted NASA budgets and doomed our country to 12 years of reliance on Soviet rockets to reach the ISS, NASA’s core mission to “preserve and protect America’s leadership in manned space, manned and robotic space exploration” and “to pioneer the future in space exploration, scientific discovery, and aeronautics research” was perverted to fighting poverty, promoting world peace, and protecting the environment.

One of President Trump’s campaign promises was to put NASA space exploration back on a viable track, and he tended to keep his campaign promises. He put real teeth and real dollars into Obama’s ghost program to stimulate a commercial crew launch capability and backed SpaceX to the point where the United States of America was no longer dependent on Russian rockets. He reestablished the National Space Council to foster close coordination, technology, and information exchange across our nation’s space enterprise, and he created the United States Space Force to protect and defend American access to low-Earth orbit and beyond.

In announcing Harris’s leadership of the National Space Council, White House officials stressed that she will prioritize fighting climate change, enhancing Science Technology, Engineering, and Mathematics (STEM) access from “underrepresented diverse student populations,” and promoting diversity in the space industry’s workforce and economic development. Vague assurances that she will be “advancing peaceful norms and responsible behaviors in space” and “achieving peaceful exploration objectives with our allies and partners” echo the Obama transition team burdening NASA with “promoting world peace.”