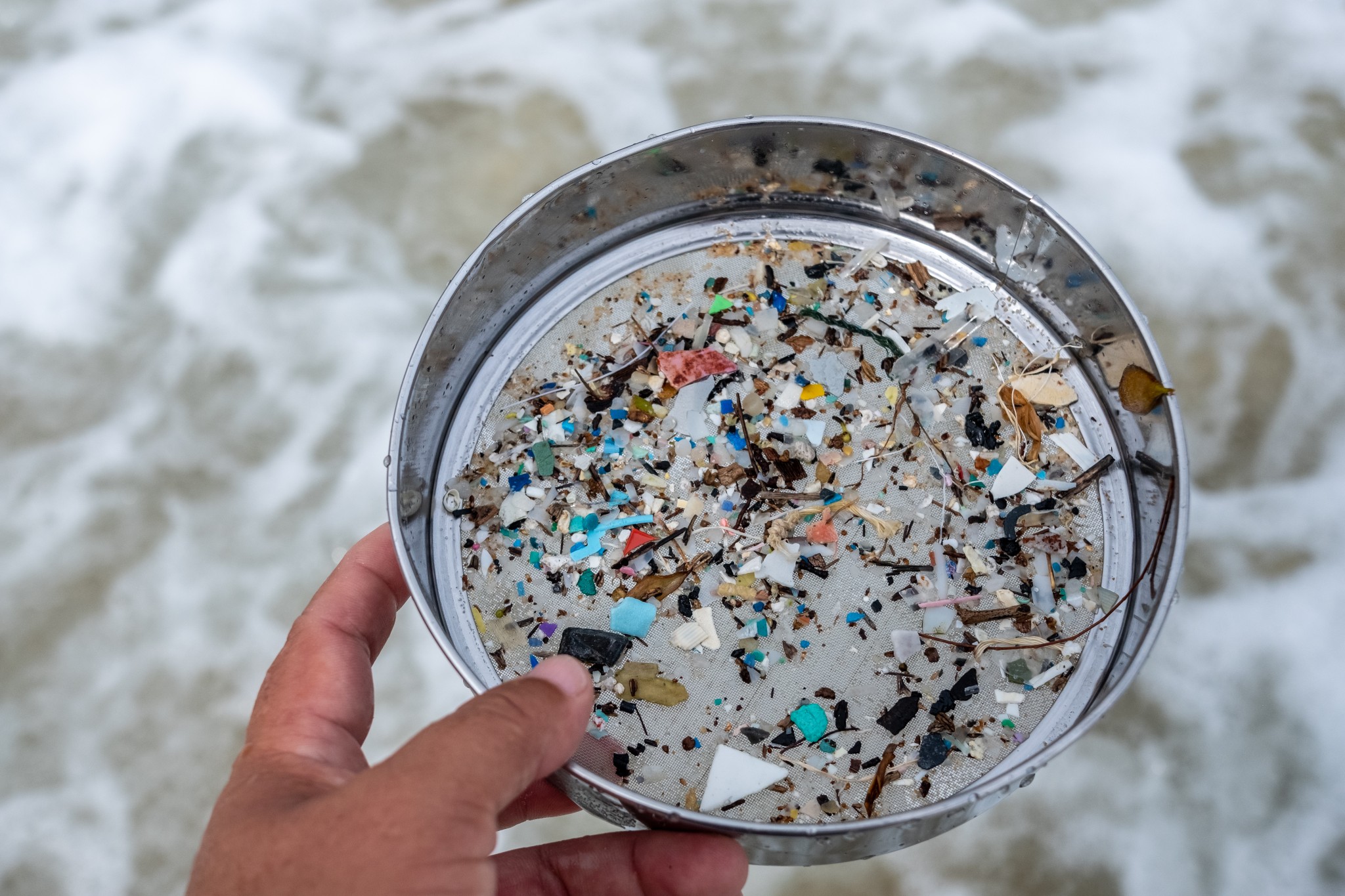 Despite the advice given Dustin Hoffman’s character in The Graduate, plastics have always been a favorite environmentalist whipping boy. Way back in 2010, the New Yorker ran an article by physician and scientist Jerome Groopman titled “The Plastic Panic.” Before that, I was writing a series of articles debunking myths about bisphenol A, an industrial chemical that has been used to make certain plastics and resins since the 1950s. It was being blamed for everything from obesity (convenient) to shrinking alligator phalluses (make your own joke.)

Environmentalists have never liked plastics, and why should they? There’s no better metaphor for “man-made,” which is always bad, and depending on your definition, plastic is a petroleum product. Fossil fuels or other substances we know are evil. Therefore, it was just a matter of time before we were told not just that plastic is packing landfills (true, but irrelevant since there’s plenty of landfill space), posing harm to marine creatures in the form of six-pack holders and other ways (sometimes true), but they actually may be killing us. Emphasis on “may” because it appears nobody is actually saying they are. Turns out there’s a reason.

Plastic Oceans International tells us: “We’re Under Attack Through Land, Air and Sea, Consuming Toxins that Absorb Into Our Bodies and Are Most Harmful to Children.” The Plastic Pollution Coalition declares: “Report: Plastic Threatens Human Health at a Global Scale.” One of America’s highest circulation newspapers, the New York Post, is on a crusade with such headlines as: “You’re Eating A Credit Card’s Worth Of Plastic A Week — And It’s Killing Your Gut.” The first part, as we shall see, is more than questionable and the second part is meaningless.

Start with the credit card. At the very least, we’re not eating magnetic strips or that embedded chip. As to the volume, that got a lot of attention from a report funded by the World Wildlife Fund and released only on their website. Unfortunately, researchers do tend to be influenced by their benefactors.

But “Their estimation is above the 99th percentile of our distribution and hence, does not represent the intake of an average person,” said an article last year in Environmental Science & Technology. That’s scientific lingo for “So far off the path that it can’t be right.” It goes on to note that “Other types of nano- and microparticles are also widely present in our diet, such as titanium dioxide and silicates,” and says in comparison microplastic “intake rates are insignificant.” But if you want to stay with credit cards, it finds the consumption to be about one per 30 months. (Both MasterCard and Visa accepted.)

It does say: “However, this comparison does not imply that the toxicological profiles of these particles are similar.” That is, we know that intake comparable to lethal levels of our favorite murder poisons such arsenic, cyanide, and strychnine are vanishing low.

While Medical University of Vienna researchers are studying the impacts that nano- and microplastics have on the body, they also discovered how these tiny plastics weasel their way into our gut tissue. When in the gut, the plastic particles trigger an immune response and activate inflammation, with mounting evidence suggesting that nanoplastics specifically “trigger chemical pathways involved in the formation of cancer.

Nature is left-leaning and very environmentalist. Question any aspect of the global climate change paradigm and it quickly labels you a “denialist.” But “Everyone eats and inhales sand and dust, and it’s not clear if an extra diet of plastic specks will harm us,” states its May 4, 2021, investigation. “Most of what you ingest is going to pass straight through your gut and out the other end,” Tamara Galloway, an ecotoxicologist at the U.K.’s University of Exeter told the journal.

Eating something hardly means absorbing it. The gastrointestinal system often destroys that which we wish it didn’t. That’s why about 10 percent of the medications we take can’t be swallowed but have to be injected or absorbed in some way. (It generally depends on molecule size.) Or conversely, it simply passes it out because we humans have no capacity for absorbing it — even if other animals do.

You would starve to death eating grass, and probably the most classic example is corn. If you sneak a peek after defecating, you may conclude that whole kernels pass right through you. No, corn on the cob is not the ultimate diet food. All you’re seeing is the cellulosic coating, which in fact is sometimes used to make plastics. We lack cellulosic enzymes and hence break down neither grass nor corn. Point being, if you don’t absorb the coating of kernel corn, why would you presume you’re absorbing a Diner’s Club card?

As for microplastics in lungs, it wasn’t until this year that tests were developed sensitive enough to find them. And they have. Typically, the media went wild, in part probably because COVID was falling out of the news cycle and monkeypox hadn’t yet entered.

As tests become more sensitive, they will eventually find everything everywhere. But what does it mean? Cellulosic and plastic fibers have been found in human lung tissue since 1998. Smaller particles are usually considered more worrisome, since they are not passed out of the body so quickly. But not always. “We’ve identified there are microplastics in the air we breathe. We’ve found microplastics in the lungs. The next step is — so what? Does it matter that there’s plastic in the lungs?” Laura Sadofsky, a researcher in respiratory medicine at Hull York Medical School in the U.K. told NBC News. “We don’t know the answer to that question at the moment.”

We do know that human lungs have been contaminated with foreign material at least since the invention of fire, which releases particles of various sizes. Maybe the forever-maskers are right, albeit with regards to pollution and not pathogens. Or maybe we need to accept that we can’t avoid everything that’s risky, much less that which may prove risky. Throughout the world, we continue to see migration from areas with essentially pristine air to those that are so pollution-choked that wearing a mask during certain times of day is hardly an overreaction. (But neither is it enforced by government edict.)

Likewise, just last month tests became sensitive enough to detect microplastics in blood. The blood and lung testing explain why we’ve been hearing so much about microplastic pollution — including this article. But see above. That testing has improved doesn’t convert something from benign to malignant. This is a problem we’re now encountering with cancer testing in that we’re now able to detect a tiny number of cancer cells that will probably be overcome by the immune system because they are so tiny.

Despite efforts over the past few decades to convince us that the least amount of anything toxic can kill us, be it a fiber of asbestos or a molecule of something that’s carcinogenic in lab animals, the immune system works amazingly well unless it’s absolutely overwhelmed. Even small amounts of something natural like immortal cells (aka “cancer”) are usually eliminated. Plastic, unlike cancer cells or the pollutants in cigarette smoke, are not natural and therefore much more likely to be perceived by the body as something to be contained or eliminated.

But to the extent plastics do pose any problems, they will grow. Currently over 400 million tons of plastics are produced each year, a mass projected to more than double by 2050. Even if all plastic production were magically stopped tomorrow, existing plastics in landfills and the environment — a mass estimated at almost 5 billion tons — would continue degrading into tiny fragments that are impossible to collect or clean up, constantly raising microplastic levels. Dutch research Albert Koelmans calls this a “plastic time bomb.”

“If you ask me about risks, I am not that frightened today,” he says. “But I am a bit concerned about the future if we do nothing.”

The Nature review concludes: “For the moment, levels of microplastics and nanoplastics in the environment are too low to affect human health, researchers think. But their numbers will rise each year — whether carefully disposed of in sealed landfills or strewn across land.”

The reason parallels why expensive “greenhouse gas emission” reductions in the West are essentially futile. The populations of China and India are moving into the middle class so quickly that their output will swamp anything we can do.

But technology is coming to the rescue. Maybe.

Researchers are working on two main methods of breaking down plastics so they can be recycled over and over, not just once as it now stands. (Or conversely converted into something completely different like plastic 2X4s.) One uses bacteria and the other enzymes. To date, nobody has commercialized either process, but a French company, Carbios, claims to be two years away from commercialization for fully degrading PET, thankfully short for polyethylene terephthalate. It’s a polymer found in most consumer packaging, including cookie containers, soda bottles, fruit and salad packaging, and some fibers and textiles. It makes up 12 percent of all global waste and 97 percent of all plastic bottles.

Meanwhile, German researchers have recently published a paper on an enzyme they mutated to break down PET in less than 24 hours, as has a team at the University of Texas, Austin. They use an enzyme called a hydrolase that reduces PET into its component molecules.

“Our process can function at far lower temperatures [than the French technology] which has energy advantages and separations advantages downstream,” Dr. Hal Alper one of the University of Texas scientists told me by email. “Our future work is in areas outside of PET as well.”

The problem is that despite the environmentalist spiel, very few products are cheaper to recycle than to make from virgin material. They’re mostly metals — hence the problems of stolen Internet copper cable and catalytic convertors. If it’s being stolen; it’s recyclable. Otherwise, notes a recent article: “Traditional mechanical recycling processes are expensive and inefficient, requiring waste to be sorted, shredded, cleaned, melted and pelletized — and discarding any batches contaminated with food or incompatible materials.” Further, “Chemical recycling processes can often create their own toxic byproducts.”

Carbios specifically has said it is counting on good will for people to pay somewhat more for their products. Or they’re seeking government subsidies or mandates. But in today’s crony capitalist countries, subsidization is omnipresent. It may prove to be less onerous to subsidize plastic recycling than to comply with the myriad laws already in force, not to mention those being proposed.

Michael Fumento (www.fumento.com) has been an attorney, author, and science journalist for over 35 years. His work has appeared in the New York Times, the Washington Post, the Sunday Times, the Atlantic, and many other fora.