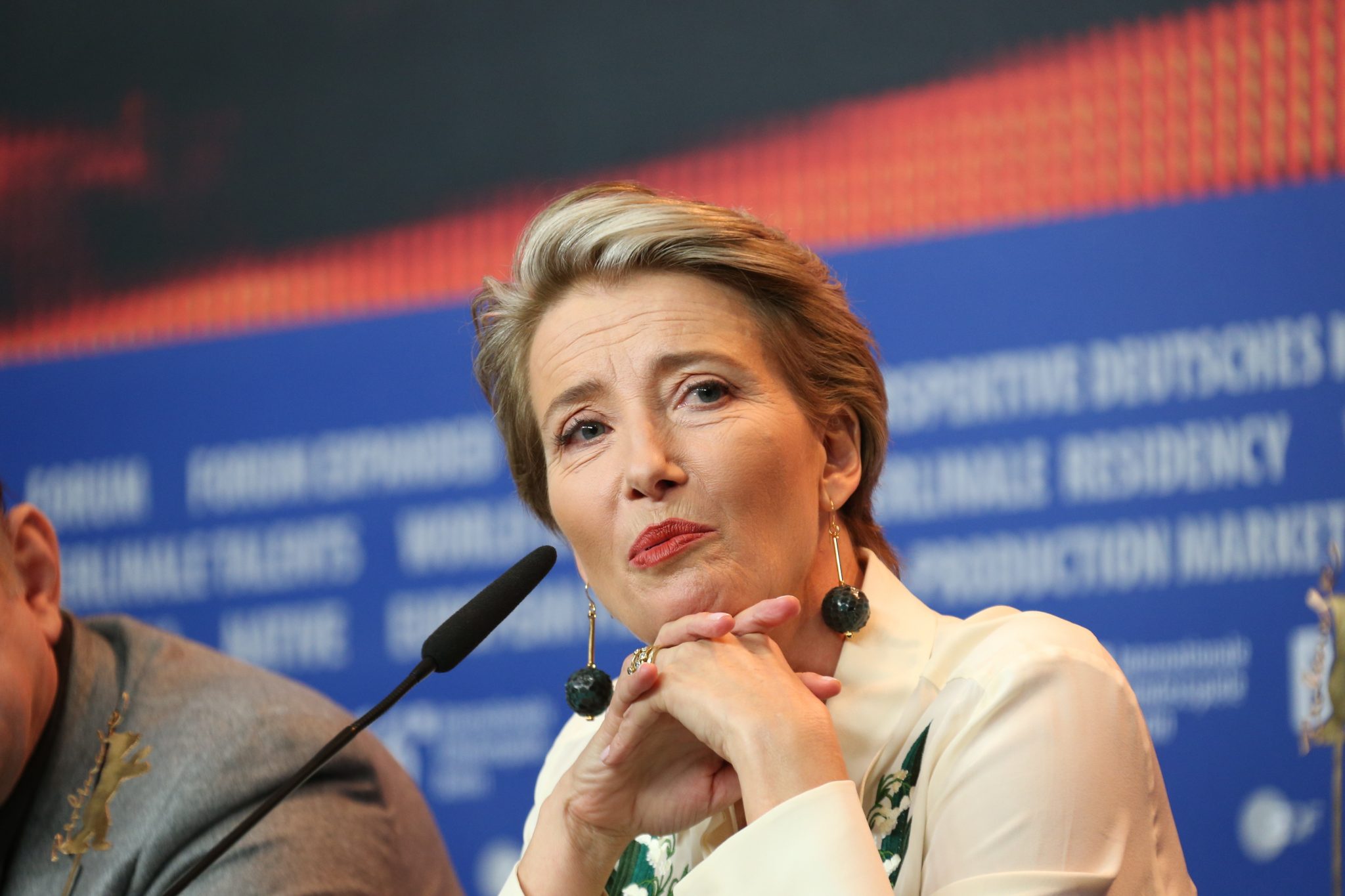 The British are coming – to rescue art from leftist madness. Someone must be tossing red pills into the Thames River because last week the brilliant actress Emma Thompson became the fourth English entertainment luminary to blast intersectionality run amok in the culture, even at the expense of their golden goose, Hollywoke. Thompson follows comedy genius Rick Gervais (The Office creator), television star Laurence Fox (Inspector Lewis), and Harry Potter author J.K. Rawling in going against the intersectional tide. The previous three came under severe liberal counterattack last year – Gervais for hilariously mocking ignorant virtue-signaling celebrities at the 2020 Golden Globes ceremony, Fox for invalidating the all-purpose “racism” canard, Rowling for distinguishing biological women from transgender fantasists (as the bestselling fantasy writer of all time, she recognizes the difference).  Fox has received death threats and become a victim of career-threatening Cancel Culture. But he and the others remain defiant.

Hopefully, Emma Thompson too will stand her ground, unlike her American peers such as Halle Berry, who knelt down to it. Of course, Thompson’s transgression was far more egregious than wishing to play a “transgender male”. She dared criticize her Industry’s obsession with masculinizing women to the point of absurdity, while at the same time denying their inherent feminine power (a charge I’ve been leveling for some time in my fiction and nonfiction). “It’s not good enough simply to give the women the guns,” Thompson said on the UK Culture Blast podcast. “Now women have to be badass. If they’re feminine in the way that they used to be, and they’re not badass, then they’re not welcome. Also, they’re not allowed to cry, apparently, anymore, because we’ve just got to be like the men.”

Thompson, who’s also an Oscar-winning screenwriter (for her adaptation of Sense and Sensibility), challenged other female writers to break the politically-correct illusion with reality: “What’s the female heroine? Who is that? What does she do? Because she hasn’t got the wherewithal to do the Superman, to do the Godfather, that’s not the point. That’s not where our heroism lies. So how do we make it heroic?” Adding insult to injury, Thompson lambasted Hollywoke’s contempt for motherhood. “Why are there no films about giving birth, for crying out loud?” she added. “Does anyone even know about that? No. No. It’s all hidden. All our heroism is hidden, because what we’ve done is we’ve just given women the same parts as men.” I made the very same point in my Christmas column last month, and in my 2018 novel, Paper Tigers: “I love how feminists want women to do men’s work while knocking the one labor they can do that men can’t.”

“All our heroism is hidden, because what we’ve done is we’ve just given women the same parts as men.”

Thompson has also put her money, and possible future income, where her mouth is with a filmography-full of classical feminine heroines, such as Beatrice in Shakespeare’s Much Ado About Nothing, Miss Kenton in Kazuo Ishiguro’s The Remains of the Day, and Elinor Dashwood in Jane Austen’s Sense and Sensibility. She won the 1993 Best Actress Oscar for the role of Margaret Schlegel in the screen version of E.M. Forster’s Howard’s End. So she knows of what she speaks, professionally at least. Politically, she’s a diehard liberal, like Rowling and Gervais though not Fox. Last year, she decried US anti-abortion laws as dragging our country “back to the stone age.” Yet the four British artists understand the damage woke culture is doing to art, replacing truth with delusion, and forcing it on an unreceptive public. Thompson is only wrong about one aspect of her profession. She suggests that the “badass women” delusion could be solved with more female writers and directors. The true solution lies in fewer feminist writers and directors of either gender, and more traditionalist ones of either gender, a longstanding crusade of mine.

All that’s needed are enough smart investors outside the Hollywoke bubble to back them and reap the financial rewards. At last, help is on the way on both sides of the Pond. Here in America, the fast-growing conservative website, The Daily Wire, is expanding into the entertainment business. In announcing the move, Daily Wire co-founder, Ben Shapiro (with Jeremy Boreing), cited our mutual mentor Andrew Breitbart’s most famous catchphrase, “Politics is downstream from culture,” stating, “So Daily Wire will, in 2021, be jumping into the world of entertainment content. We’re going to be bringing out movies — edgy, entertaining, awesome movies that won’t mock your values. We’re going to be producing TV shows — comedies and dramas that take you seriously, and that don’t take advantage of your viewership to promote Leftist causes.” And they have the best man for the job in house – Andrew Klavan, a great American novelist (Dynamite Road, True Crime, Empire of Lies) and screenwriter (A Shock to the System, True Crime, Don’t Say a Word). Like me, Klavan has long called for conservative investment in the arts, and will now make our case.

Meanwhile, over in Britain, Laurence Fox is launching a political-cultural party, the Reclaim Party, “to reclaim a respectful nation where all are included and none are ashamed to have somewhere to call home.” By coincidence, United States Ambassador to the UK Woody Johnson declared Sunday, “Great Britain invented Free Trade, now the US and UK will take it to the next level.” Thanks to brave visionary artists like Klavan, Fox, Rowling, Emma Thompson, and others, plus its own progressive intransigence, Hollywoke is about to get a lot smaller, poorer, and even more isolated.