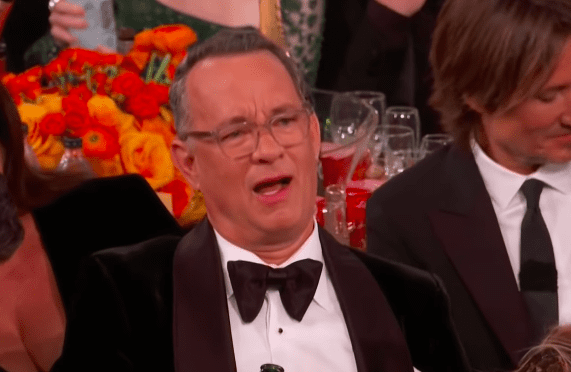 Last Sunday night, Ricky Gervais damaged Hollywood more than all of us conservative writers put together. We’re just a basket of deplorables to the celebrants, but Ricky, he’s in the club. And as host of the 77th Golden Globes Awards Ceremony, he really let them have it. Whereas columns like this one will never puncture their progressive bubble, Gervais surely did, and right to their faces. You could see how grim Tom Hanks looked — no more Mr. Rogers.

Most of my colleagues have already covered Gervais’ explosive speech, so I’ll excerpt just the detonative part: “You’re in no position to lecture the public about anything. You know nothing about the real world. Most of you spent less time in school than Greta Thunberg.” With those few lines, Gervais blasted Tinseltown’s baseless moral sanctimony and intellectual ignorance, while knocking its latest false idol (Thunberg) and idolatry (climate change).

Yet his wise admonition fell on deaf, and dumb, ears. Best Actress in a Limited Series or TV Movie (Fosse/Verdon) Michelle Williams (a rather plain starlet who for some PC reason keeps getting cast as much hotter sex symbols such as Marilyn Monroe and Gwen Verdon) went into a rambling sermonette about abortion rights. “As women and as girls, things can happen to our bodies that are not our choice. I’ve tried my best to live a life of my own making, and not just a series of events that happened to me … And I wouldn’t have been able to do this without employing a woman’s right to choose. To choose when to have my children, and with whom.”

An unwoke translation of Williams’ rant evokes two emotions: disgust, that she counts pregnancy among “just a series of events that happened to her,” and horror, that she thinks winning what Gervais called “your little award” was worth killing her unborn child for, to the point of championing the same abomination for others. Nonetheless, Williams’ fellow Dawson’s Creek alumna, Busy Philipps, teared up on camera.

At least Williams kept her stupidity somewhat personal. A bloated Patricia Arquette, Best Supporting Actress in a Limited Series or TV Movie (something called The Act), had a grander scale in mindlessness — the presidency of Donald Trump. Trump would be the entertainers’ anti-Christ if they believed in the actual Christ. “We will see a country on the brink of war,” Arquette said. “The United States of America, a president tweeting out a threat of 52 bombs, including cultural sites, young people risking their lives traveling across the world, people not knowing if bombs are going to drop on their kids’ heads, and the continent of Australia on fire … I beg of us all, give them a better world. For our kids and their kids, we have to vote in 2020, and we have to get, beg, and plead for everyone we know to vote in 2020.”

Arquette’s terror was understandable — ridiculous, but understandable — because two days earlier, a Trump-ordered drone strike had taken out Iranian general and terrorist mastermind Qassem Suleimani at Baghdad Airport, causing an outbreak of Trump Derangement Syndrome in Hollywood. The lovely Rose McGowan (Charmed) went berserk, tweeting out a picture of the Iranian flag with these words: “Dear #Iran. The USA has disrespected your country, your flag, your people. 52% of us humbly apologize. We want peace with your nation. We are being held hostage by a terrorist regime. We do not know how to escape. Please do not kill us. #Suleimani.” When an often underdressed actress denounces the safest country on Earth for women before one of the most brutally misogynistic states extant, you know she has gone off the deep end.

A far less attractive film personality, Michael Moore, went even lower, to border on treason. He wrote the Supreme Leader of Iran a groveling message in Farsi, then tweeted the gist of it: “I have just sent the Ayatollah of Iran a personal appeal asking him not to respond to our assassination of his top General with violence of any kind, but rather let me & millions of Americans fix this peacefully.” Clearly, like most of their peers, Moore and McGowan despise America more than its truly vile foes. The enemy of their enemy is their friend, even when they’re throwing homosexuals off rooftops.

Herman Melville knew something about that. His immortal creation, Captain Ahab, sacrifices his ship and life to destroy the object of his hatred, the white whale Moby Dick. Ahab’s dying curse could be any Hollywood denizen’s tweet about Trump, if they had his eloquence: “To the last, I grapple with thee. From Hell’s heart, I stab at thee. For hate’s sake, I spit my last breath at thee.”But Trump didn’t cause their disdain; he exposed it, thereby increasing it. The real focus of their rage is not him, after all. It’s us. It’s every patriotic, God-fearing, common sensible American who refused to enter their fantasy world, where infanticide is just a choice, climate change will kill us all, and men can be both toxically male and female. They know we voted in the best man to fight their disorder, and will again this year, and they can’t handle it. I know. I have lost Industry “friends” for supporting Trump, pre- and post-election.

What makes the Hollywood elite loathe the very land that enriched them is a mystery long in the moviemaking. It dates back to the Cold War and the intelligentsia’s concept of moral equivalence — internationally between East and West, domestically between Left and Right. Iconic spy novelist John Le Carré practically patented the former type of equivalence, equating U.S. and UK dirty work to that of the Soviet Union. Communist-friendly Hollywood ran with this in countless productions, such as The Spy who Came In from the Cold (1965), Fail Safe (1964), The Bedford Incident (1965), Funeral in Berlin (1966), and Scorpio (1973). The last, best expression of it in espionage cinema came in the 1975 masterpiece, Three Days of the Condor, most clearly the finale. After being hunted by renegade CIA killers for the whole movie, agent Turner (Robert Redford) asks agency honcho Higgins (Cliff Robertson), “Do we have plans to invade the Middle East?” “Absolutely not,” says Higgins. “We have games, that’s all. We play games. What if? How many men? What would it take? Is there a cheaper way to destabilize a regime? That’s what we’re paid to do.”

Ronald Reagan ended moral equivalence, if only for a decade, in the real world and consequently on screen. Reagan called the Soviet Union “an evil empire” and also said, “Here’s my strategy for the Cold War. We win, they lose.” Hollywood types didn’t like it, but they knew an overwhelming majority did. So they did what they no longer do — try to please the audience with thrillers like Firefox (1982), Rambo: First Blood Part II (1985), and The Hunt for Red October (1990), all three huge hits. Russians had become film villains at last.

I saw Rambo: First Blood Part II in a crowded theater in 1985. The film opens with Rambo (Sylvester Stallone) in prison for his violent acts in the first picture. His ex-CO and friend, Col. Trautman (Richard Crenna), offers him a pardon if he’ll join a CIA operation into Vietnam to find still-held POWs. Rambo asks him one question: “Sir, do we get to win this time?” Trautman answers, “This time — it’s up to you.” Raucous cheering erupted from the mostly male audience I sat with. Just 10 years after the fall of Saigon, the sting of that defeat had lingered for these men, many of whom must have served in the Vietnam War. I realized then the power of cinema to uplift and celebrate the real America, about which, as Ricky Gervais suggested, today’s entertainers know nothing.