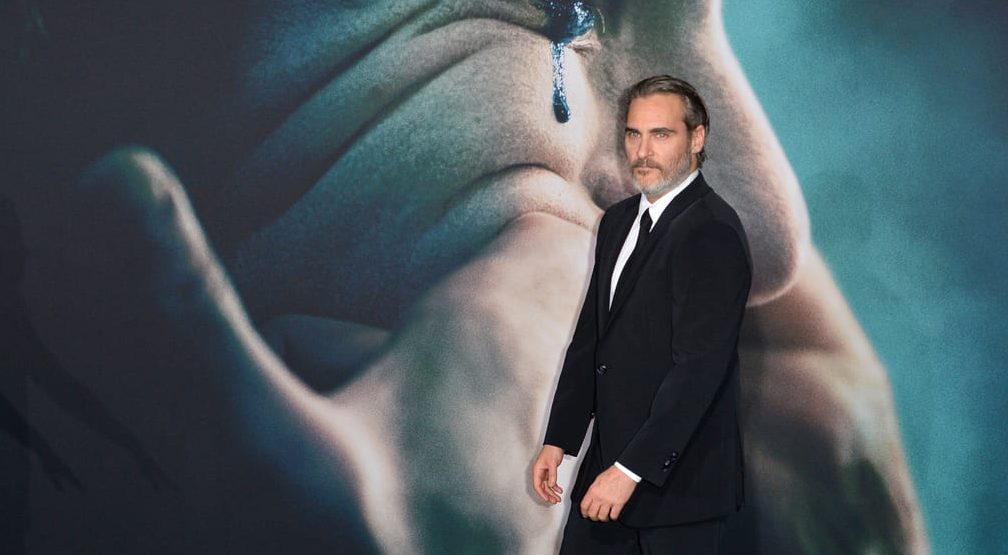 “I have not always been a virtuous man,” Joaquin Phoenix confessed during his Golden Globe acceptance speech for his starring role in the Joker movie. “I’m learning so much,” Phoenix continued, “so many of you in this room have given me multiple opportunities to try to get it right.” He then encouraged his fellow congregants, “sometimes we have take that responsibility on ourselves and make changes and sacrifices in our own lives, and I hope that we can do that. We don’t have to take private jets to Palm Springs for the awards or back. Please. And I’ll try to do better and I hope you will, too.”

Christians will recognize this sort of contrition. It is the kind of communication they might share with one another at a small group Bible study where fellow members discuss their stumbling walk with Christ. What religion does Mr. Phoenix belong to? What failures in what system must he atone for?

What a morose Golden Globes. The women looked severe with pulled-back hair and spare makeup. The fashion a hodgepodge. The speeches dour.

I’m grateful for the acknowledgment of the choices I’ve made, and I’m also grateful to have lived at a moment in our society where choice exists because as women and as girls, things can happen to our bodies that are not our choice. I’ve tried my very best to live a life of my own making and not just a series of events that happened to me, but one that I can stand back and look at and recognize my handwriting all over — sometimes messy and scrawling, sometimes careful and precise, but one that I carved with my own hand. I wouldn’t have been able to do this without employing a woman’s right to choose. To choose when to have my children and with whom. When I felt supported and able to balance our lives knowing as all mothers know that the scales must and will tip towards our children, now. [Emphasis added.]

Sacrifice jets to Palm Springs. Maybe drive to a mansion, instead. But if a baby might interfere with your career or ambition, go ahead and kill the baby. Gaia forbid, or whomever you pray to, that one sacrifices that much.

Ricky Gervais explicitly told the virtue-signalers not to signal because they lacked virtue, but they didn’t heed him. Joaquin Phoenix haltingly confessed his marginal virtue. Michelle Williams trumpeted hers. If you haven’t seen it, here is Gervais’ speech:

Perhaps it’s because Gervais scorns all religions that he recognizes the hypocrisy of these supposed holy Hollywood rollers. Their sincerity and back-patting is futile and empty. Their beliefs are contradictory.

That didn’t stop the award winners. They had to recite their dogma to the choir: women are victims, the patriarchy is evil, abortion is freedom, and the planet is dying. Be more virtuous! A virtuous person believes these things and talks about them.  They also proclaim it in subtle ways. Jay-Z and Beyoncé swanned into the Golden Globes late (as Gervais noted, the Hollywood Foreign Press are racists) to protest their aggrieved status as yacht-owning, private-jet flying, oppressed billionaires.

What to make of this mish-mash religion? At once, self-flagellating and proud, the audience at the Golden Globes alternatively laughed, grimaced, squirmed, and seemed uncomfortable. It seems that many in Hollywood are sick of themselves. Gervais admonished,

If you do win an award tonight, don’t use it as a platform to make a political speech. You’re in no position to lecture the public about anything. You know nothing about the real world. Most of you have spent less time in school than Greta Thunberg. So, if you win, right, come up, accept your little award, thank your agent and your God, and f**k right off.

The speeches’ religious intonations reminded me of this piece by Gary Saul Morson in the New Criterion, titled “Leninthink.” It is a must-read and describes Lenin’s influence and how it shaped nations and the current culture. Morson writes,

Many former Communists describe their belated recognition that experienced Party members do not seem to believe what they profess. In his memoir American Hunger, much of which is devoted to his experiences in the American Communist Party, Richard Wright describes how he would point out that the Party sometimes acted contrary to its convictions, or in the name of helping black people, actually hurt them. What most amazed Wright was that he usually could get no explanation for such actions at all. “You don’t understand,” he was constantly told. And the very fact that he asked such questions proved that he didn’t. It gradually dawned on him that the Party takes stances not because it cares about them — although it may — but because it is useful for the Party to do so. [Emphasis added.]

And so it is with the very unvirtuous signaling from the Hollywood “betters.” They lack virtue. They know it. They speak authoritatively, using religious words while acting contrary to their convictions (working for companies that operate sweatshops, flying their private jets) and asserting absurd positions (espousing the idea of self-sacrifice for the greater good unless the greater good interferes with the private desire — like how an inconvenient pregnancy might interfere with a career.) The point isn’t that there is right or wrong, but that they get to assert the power or their group. That is the end.

They feel no need to defend their contradictory beliefs on issues like climate change. At one time, the world was going to have an ice age. Then the world was fraught with global warming. Now, there is climate CHANGE. The science doesn’t matter. And, in fact, the popular view of the science has diametrically changed. There’s no explanation for it. There’s no defense. Why would there have to be when the goal is making sure that power is in the right hands (their own) and that the right group is their identity.

When it suddenly dawned on them that issues were pretexts, Wright and some others like him faced a choice. Usually, however, there was no sudden realization and so no choice was required. I speak from memory now. What happens is something like this: when a criticism of the true ideology is advanced, or when embarrassing facts come out, everyone learns a particular answer. One neither believes nor disbelieves the answer; one demonstrates one’s loyalty by saying it.

And that is Hollywood and leftist elites, generally. They cling to ever-changing dogma and ostracize and otherize those who disagree. They live lives of debauchery and excess and use sex, money, and power to coerce and impose their will. They pay lip service to the poor, the marginalized, the weak, and the environment even as they live in gated communities where just outside the poor are living on the streets. They decry racism and sexism even as they perpetuate the evils.

Ricky Gervais was too kind.

Joaquin Phoenix hung his head in shame, mumbling that he’ll try to do better. Gaia knows that his position as a white male playing a downtrodden white male is precarious. Better to virtue-signal than risk losing it all by being outside the community of power. They are a labile and vengeful lot.