Cultural Decline,Top Story Meghan, Harry, and the Disunited Kingdom - The American Spectator | USA News and Politics
Menu
Cultural Decline
Meghan, Harry, and the Disunited Kingdom
“I was born for those cares and duties, Rudolf.”
by Lou Aguilar
Prince Harry and Meghan Markle in Australia, October 2019 (FiledIMAGE/Shutterstock.com) 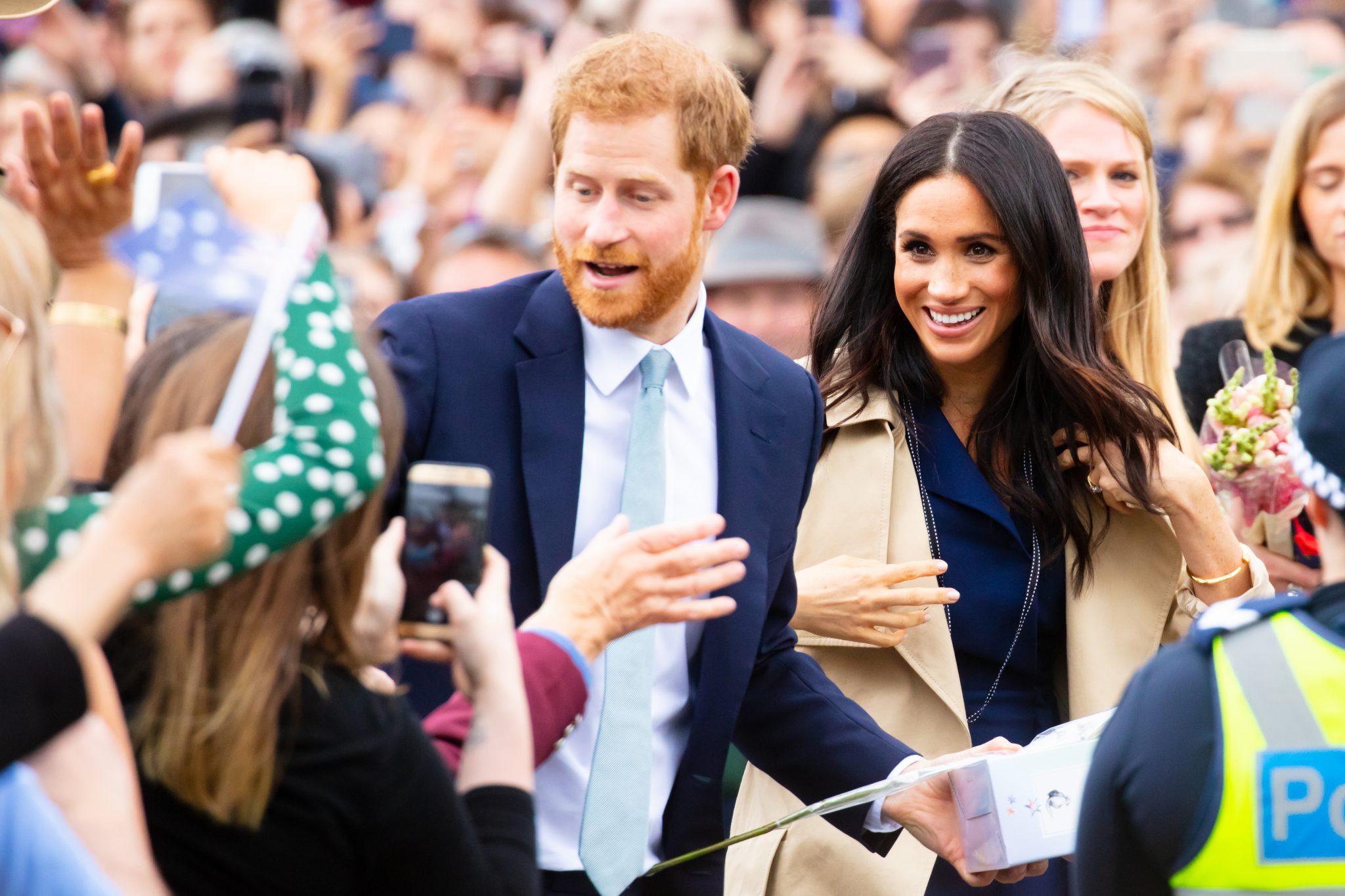 What a difference a year made to Great Britain. In a column here in June, I criticized the nation for moving further left, away from its inspirational foundations. “It’s bad enough that the UK can’t even leave the European Union three years after the people voted for Brexit,” I wrote, and cited other progressive danger signs. Since then, to my delight, the British people have abandoned their Gulliver’s travels in a return trip to sanity. They resoundingly booted the EU-slavish Labour Party, bolstering Prime Minister Boris Johnson, an outspoken ally of the orange devil across the Pond, President Donald Trump. And just last weekend, the Queen of England defenestrated a disruptive member of her Royal Family — the grandson formerly known as Prince Harry — for being a feminist sap. The resultant scandal has divided not just the British press but also its entertainment community.

It all began when Harry’s American starlet wife, Meghan Markle, sought to quit her permanent role as the Princess Bride for a less restrictive one outside of Britain. Rather than fulfill his only princely duty to Queen and country, Harry announced he would go with her. Against Buckingham Palace’s wishes, the couple made a blathering joint statement, on social media no less: “We intend to step back as ‘senior’ members of the Royal Family and work to become financially independent, while continuing to fully support Her Majesty The Queen.”

But Her Majesty, who drove military trucks during World War II, would brook none of it, and on Saturday, her statement came down to the Duke and Duchess of Sussex (Harry and Meghan). Among the key points: “They will no longer receive public funds … No longer use their HRH titles as they are no longer working members of the Royal Family … Repay Sovereign Grant expenditure for the refurbishment of Frogmore Cottage” (specially prepared for the newlyweds at a taxpayer cost of almost three-million pounds).

Progressives quickly went to their default damnation for everything — racism. Markle was, in their view, being hounded out of Britain because she was half black — by the very population that had celebrated her royal wedding less than two years earlier (much like those suddenly “racist” American Obama voters who later chose Trump over Clinton). Not that it matters, but nobody looking at the beauteous Miss Markle would have the slightest thought of race. Nonetheless, much of the British thespian establishment joined in the virtue-signaling. “Just say you hate her cause she’s black, and him for marrying a black woman,” tweeted Jameela Jamil (The Good Place).

There was one notable exception: the superb actor Laurence Fox, best known for playing intellectual Detective Hathaway on the Inspector Lewis mysteries, in which he stole almost every scene. Fox’s recent exchange with a female audience member on BBC Question Time has caused Ricky Gervais–level shock waves across the Atlantic.

“She’s a black woman, and she has been torn to pieces,” declared the woman of Markle.

Fox disagreed: “It’s not racism … We’re the most tolerant, lovely country in Europe.” After boisterous audience applause, he continued. “It’s so easy to just throw your charge of racism at everybody, and it’s really starting to get boring now.”

“You are a white privileged male,” the woman said.

Fox replied, “I can’t help what I am, I was born like this. It’s an immutable characteristic. So to call me a white privileged male is to be racist. You’re being racist.”

For the unpardonable offense of being logical and politically incorrect, Fox is now being pilloried by his peers. British Equity’s Minority Ethnic Committee described him as a “disgrace to our industry.”

Brilliant novelist, screenwriter, and pundit Andrew Klavan (Don’t Say a Word, Empire of Lies) likes to say, “Feminism ruins everything.” Feminism hit the jackpot this time, ruining not just the Royal Family but the dream of countless girls to meet a handsome prince, become a princess, and live happily ever after. Uncoincidentally, it’s a dream championed by Klavan’s writer daughter, Faith Moore, in her engrossing book, Saving Cinderella: What Feminists Get Wrong about Disney Princesses and How to Set It Right. Meghan Markle clearly didn’t read the book in her haste to damage a thousand-year-old institution.

But Markle’s not the villain of the story, merely a selfish liberal American woman acting exactly according to her media-driven solipsism. The real cad is Harry, possibly the weakest royal since Edward VIII abdicated the throne for another Yankee dame. Harry thought he could dabble with the wife in progressive causes like climate change yet maintain his elite status, only to learn the Left is an endless moor and he was too far in to turn back.

Harry went to Eton, where once upon a time young men devoured The Prisoner of Zenda by Anthony Hope. At the end of the book, commoner hero Rudolf Rassendyll implores his beloved, Princess Flavia, whose king husband he saved, to return with him to England. She gives him the answer Harry should have given Meghan: “My honour lies in being true to my country and my House. I don’t know why God has let me love you; but I know that I must stay.… Your ring will always be on my finger, your heart in my heart, the touch of your lips on mine. But you must go, and I must stay.”

Or he could have just watched the two classic film adaptations of the book, from 1937 with Ronald Colman and Madeleine Carroll, and from 1952 with Stewart Granger and Deborah Kerr. In both versions, we hear Rudolf’s plea: “Oh, my love, think. The two of us free. Free from all these cares and duties. Free to live your own life … ” Flavia’s reply is the same in both: “I was born for those cares and duties, Rudolf.” Pity Prince Harry thought so much less of his. But England will still stand without him, as without the European Union.