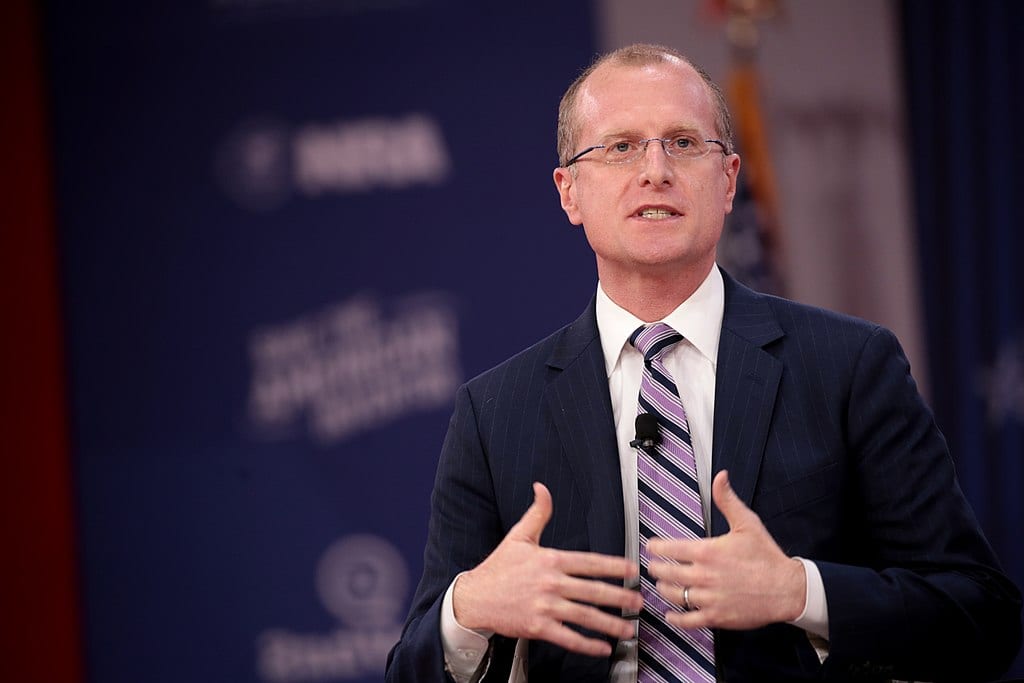 The Federal Communications Commission (FCC) has the chance on Thursday to remove onerous regulations that could inhibit the United States’ ability to be a leader in 5G wireless technology.

The move could help 5G grow at a rapid pace, which would help close the digital divide and expand economic development opportunities across the country, especially in much-needed rural areas.

The panel will vote at its open meeting on a plan that would streamline federal historic and environmental procedures that were created for large-cell deployment towers but have been shoehorned in to apply to the small-cell deployment needed for 5G expansion, creating pointless extra time and costs for innovators. No longer are providers building 100-foot towers; now the technology needed for 5G deployment is about the size of a backpack and can be installed on utility poles or the sides of buildings in less than 2 hours.

In remarks at the Consumer Technology Association’s 5G Day in Washington, D.C. on Feb. 28, Carr said he had to marvel at the technology he’d just witnessed the previous month at the annual Consumer Electronics Show in Las Vegas, where the trend is toward greater connectivity that has greatly been enabled by the United States’ world-best wireless networks.

To keep ahead of the joneses — in this case, the joneses being other technologically savvy countries — the U.S. needs to modernize its deployment rules. Carr calls this being “5G ready.”

“This means taking concrete steps to reform our regulations and to incentivize the massive private sector investments necessary to build the networks of the future,” Carr said. “After all, deploying 5G might require the private sector to invest $275 billion over the next few years. Capital is finite, and capital is smart. It will flow to those countries that have updated and modernized their regulatory structures. The country that leads in 5G will be the one that moves quickly to modernize its regulations.”

That study found that the rules in the National Historic Preservation Act and the National Environmental Policy Act consumed 29 percent of the average deployment costs, and that without rules changes, those acts would cost 5G wireless providers $2.43 billion in regulatory costs between 2018 and 2026. That’s money that could be going into providing the future technology that would instead be caught up in red tape.

The growth of 5G is integral to closing the digital divide. That’s because many rural areas lack sufficient high-speed internet options due to their remoteness — it’s just too expensive to run fiber to residents and businesses in those regions. But wireless 5G technology would be able to service those people.

5G would also better enable “smart cities” where street lights dim when no vehicles or pedestrians are around and transportation officials can optimize bus and train schedules to reduce wait times. The technology is expected to increase public safety, telehealth and the development of autonomous cars.

In addition to the $275 billion in investment that Carr mentioned, 5G is expected to create 3 million jobs and contribute $500 billion to the United States’ gross domestic product.

The Free State Foundation points out that the technology is also likely to dissuade cities from creating government-owned broadband projects that have been a sinkhole for taxpayer dollars. Local authorities can aid in the 5G advancement by lowering utility pole attachment fees and accelerate approval processes, the Free State Foundation points out.

But it starts at the federal level. The FCC can take a large step forward on Thursday in developing a regulatory framework that encourages growth of a new technology that will better the lives of all Americans.