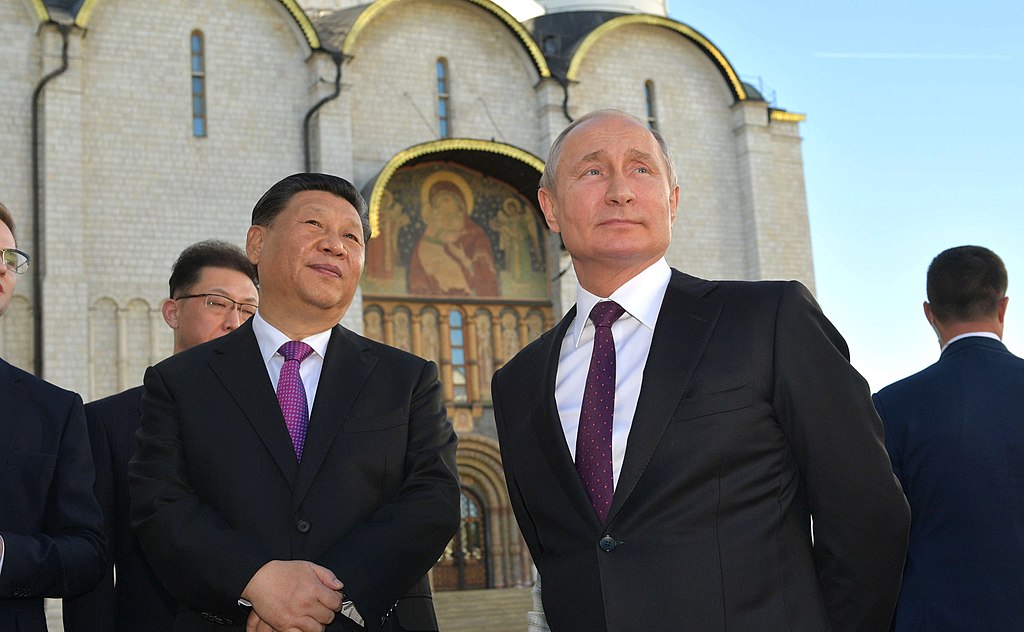 Xi Jinping’s China, which is Vladimir Putin’s silent partner in Ukraine, is penetrating global finance, agriculture, energy, and government systems in order to amass data on a hitherto unknown scale.

Machine learning — which is well short of real artificial intelligence — has to be based on massive databases from which computers can learn and predict what the next set of data should be.

We know, for example, that China is gathering DNA data on millions of people, including Americans, for its own reasons. It is entirely possible that the DNA of a virus can be “tuned” to be deadly to one racial or ethnic group and not another. The Chinese may have such research into bioweapons well under way.

Simpler data gathering, and espionage, can be accomplished by many routes. We’ve known since the 2003 “Titan Rain” Chinese computer attacks on American networks of China’s deeply penetrating and endless attempts to infiltrate U.S. government-connected computer systems, such as those of intelligence, military, and military contractors. These attacks come hundreds or thousands of times each day.

We spend billions each year trying to guard against cyberattacks by China, Russia, Iran, and North Korea. Sometimes our defenses are sufficient, and sometimes they are not.

China’s efforts to gather data take many more forms and can penetrate to any level, grand or trivial.

On February 4, in Beijing, Russian President Vladimir Putin and Chinese President Xi Jinping stood together on the opening day of the Chinese Winter Olympics. They announced a new strategic partnership between the two regimes.

In a joint statement, the two leaders said, “Friendship between the two States has no limits, there are no ‘forbidden’ areas of cooperation,” promising to work against the United States and supporting each other on Ukraine and Taiwan. Putin probably shared with Xi his plans for the invasion of Ukraine.

Xi is Putin’s silent partner in the Ukraine war.

A friend of mine has a young teenage son. He bought his son a fairly expensive Chinese-made drone, produced by a company called Da-Jiang Innovations (DJI). They took the drone to a large private area they often visit and flew it, taking videos with the drone’s camera.

A couple of weeks later, my friend checked out the DJI website. On it, he found some of the videos he and his son took. DJI, through its “AeroScope” program, gathers real-time information from DJI’s drones, which include both the recorded videos and the location of the drone operator. What happened to my friend is happening to Ukrainian forces fighting against the Russian invasion.

Ukraine has been using several types of drones to spot Russian forces and direct its own to counter them. Many of those drones were made in the U.S., Turkey, and China.

The Chinese drones are products of DJI. As a result, the Ukrainians believe, China is sharing intelligence information with the Russians that helps said Russians locate the Ukrainian drone operators. That data sharing gives the Russian forces an enormous tactical advantage in combat.

In March, Ukrainian Minister of Digital Information Mykhailo Fedorov wrote DJI’s chairman asking him to block AeroSpace from tracking any of his company’s drones that were purchased and activated in Ukraine. (Why he unwisely limited his request to only some drones in Ukraine is a mystery.) In response, DJI halted drone sales to both Russia and Ukraine and said it “abhorred” the use of drones in combat.

There is no reason to believe China has halted its information sharing with Russia because, as Putin and Xi have stated, their alliance is unlimited.

The Russian invasion of Ukraine continues with fighting concentrated in the eastern Donbas region. Russia’s defense ministry claimed that missile strikes in western Ukraine killed up to 80 Polish fighters who were trying to keep the flow of Western weaponry going into Ukraine. In Ukraine’s north, Russia has renewed its strikes on Kyiv, possibly trying to get lucky and kill Ukrainian President Volodymyr Zelensky or at least further disrupt the functioning of Ukraine’s government.

Ukrainian forces are, as usual, outgunned. Russian artillery — which can be spotted by Ukrainian air forces, including drones — may be countered, in some degree, by the arrival of long-delayed U.S. multiple launch rockets. Whatever the result, both sides are continuing to lose troops at a steady and alarming rate.

A recent Washington Post report said that Western experts expect Russia will soon exhaust its military capabilities in the Donbas region. That’s possible, but Russia will not give up on Putin’s ambition to conquer Ukraine. If Russian forces exhaust their current capabilities, Putin might slow his campaign and regroup. He will continue to spend whatever it takes to reach his goal.

For Putin, a direct Chinese intervention, such as sending troops to fight with the Russians in Ukraine, would be a blow to Putin’s prestige that he can’t afford. It’s highly unlikely that China will intervene directly in the Ukraine war, but it will continue to intervene indirectly as it possibly has with its drones.

Russia, with China’s help, will continue its cyberwar against Ukraine. Though Russia has its own considerable cyberwar capabilities, China can — and will — aid its cyberespionage effort by, for example, penetrating Ukraine’s cellphone networks.

Putin’s alliance with Xi should be among President Joe Biden’s major concerns, but it evidently is not. That evidence is, in part, shown by Congress’s inattention to building up our forces in order to counter China’s in the Indo-Pacific region, which obviously includes Taiwan.

In a recent interview, Indo-Pacific Command’s boss, Adm. John Aquilino, contested congressional Democrats’ inattention to what he needs to counter China. They provided him with more assets such as an increase in the number of littoral combat ships, which are neither survivable in combat nor among Aquilino’s greatest needs.

Meanwhile, Biden and his cabinet, including Secretary of Defense Lloyd Austin, are more concerned with the Supreme Court’s reversal of Roe v. Wade.

As this column has stated before, Russia’s invasion of Ukraine is the war that ended peace. Lithuania is playing with fire by enforcing sanctions against Russian shipments passing through Lithuanian land to the Russian enclave of Kaliningrad. By doing so, Lithuania, a NATO member, is putting itself at the top of Putin’s attack list. Meanwhile, Russia has moved nuclear-capable missiles into Belarus, which borders Ukraine.

At the same time, Xi’s military is preparing for its conquest of Taiwan.

Our military planners used to be intent on preparing for a two-front war. But we no longer have the capability of fighting such a war. Biden’s profound weakness lies in making war more likely in Europe, in Taiwan, and with Iran. He is rendering our military a shambles.