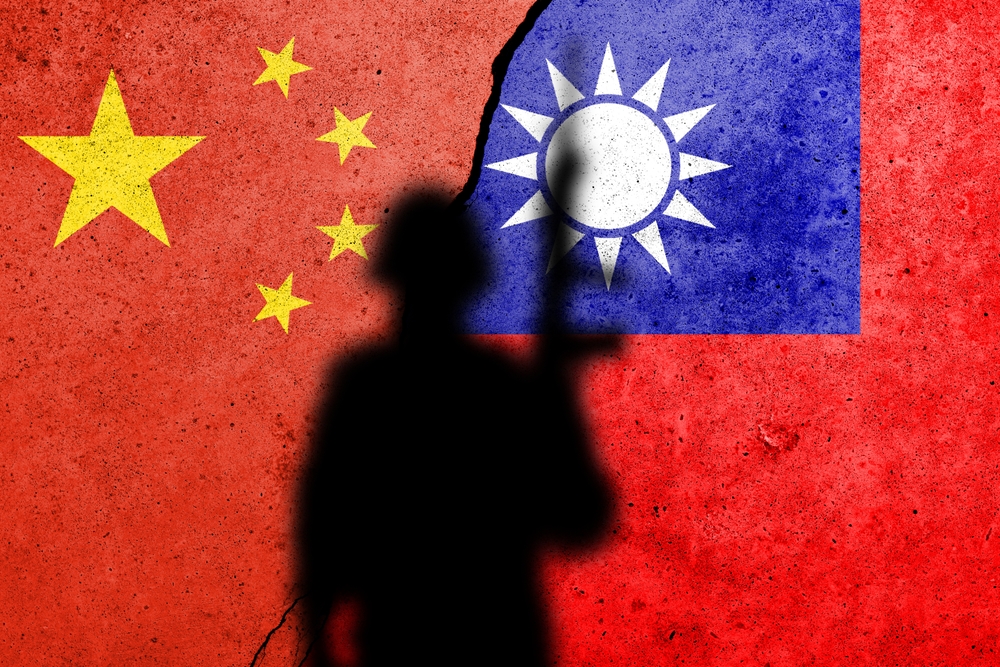 On Sunday, China conducted yet another large-scale naval and air exercise around the island of Taiwan. CNN reports that 28 Chinese warplanes crossed the median line of the Taiwan Strait, and a total of 57 Chinese planes — including Su-30 fighters; J-10, J-11, and J-16 fighters; bombers; and AWACS-type aircraft — participated in the exercise. The People’s Liberation Army Navy’s Eastern Theater Command described the exercises as “combat drills.” As Al Jazeera notes, these latest drills follow similar exercises conducted less than a month ago, and their aim, according to Senior Col. Shi Yi, is to practice combat operations to “resolutely counter the provocative actions of external forces and Taiwan independence separatist forces.” The Center for Strategic and International Studies just issued a report on wargame scenarios in the South China Sea, which concludes that while the U.S. and its allies might win such a war, the costs will be heavy on both sides. And a new book by one of America’s foremost China experts shows that Chinese leaders consider the reunification of Taiwan to be the unfinished work of China’s civil war.

We are now in the midst of the Fourth Taiwan Strait Crisis. Two such crises occurred during the Eisenhower administration in the 1950s. The Third Taiwan Strait Crisis occurred in the mid-1990s during the Clinton administration. The origin of the Fourth Crisis was not, as is often thought, a reaction to former House Speaker Nancy Pelosi’s visit in August 2022, though China ramped up tensions after that visit. In fact, the origins of the Fourth Taiwan Strait Crisis can be traced to Chinese President Xi Jinping’s speech celebrating the 100th anniversary of the Chinese Communist Party (CCP) on July 1, 2021. In the most important part of that speech, Xi said, “Resolving the Taiwan question and realizing China’s complete reunification is a historic mission and an unshakable commitment of the Communist Party of China.” Xi also pledged to “take resolute action to utterly defeat any attempt toward ‘Taiwan independence’” and cautioned that “[n]o one should underestimate the resolve, the will, and the ability of the Chinese people to defend their national sovereignty and territorial integrity.”

READ MORE from Francis P. Sempa: We Are Now in the Fourth Taiwan Strait Crisis

But what is at stake for China in the Taiwan Strait cannot be understood without looking back to the end of China’s civil war, when CCP leader Mao Zedong, after his armies conquered most of the mainland, launched a naval effort in 1949–1950 to take Taiwan, the offshore island where Chiang Kai-shek and his Nationalist forces retreated after their defeat on land. A new book by Center for Strategic and Budgetary Assessments (CSBA) Senior Fellow Toshi Yoshihara, titled Mao’s Army Goes to Sea, tells that story.

Yoshihara, a former strategy professor at the U.S. Naval War College, is considered one of our country’s foremost experts on the Chinese navy. He has authored or co-authored several books on the subject and periodically issues lengthy reports on China’s navy for the CSBA. Mao’s Army Goes to Sea details the founding of the CCP’s navy and its early island campaigns designed to invade and capture Taiwan. There was fighting on or near the Zhoushan Islands, Xiamen, Hainan, the Wanshan Archipelago, Jinmen Island, and others. These campaigns, Yoshihara writes, were “the PLA’s first exposure to sea combat and first joint maritime campaign,” and they “eliminated a Nationalist foothold in the South China Sea.” But Taiwan escaped the navy’s grasp. Mao planned to attack the island in the summer of 1950, but when North Korea invaded South Korea on June 25, 1950, the United States dispatched the 7th Fleet to the Taiwan Strait and thereby blocked Mao’s planned invasion.

Twice in the 1950s, Mao sought to reclaim Taiwan, but each time the Eisenhower administration prevented it. Capturing Taiwan, in other words, is the unfinished business of the Chinese civil war. In this sense, for the CCP, the Chinese civil war never ended and won’t end until Taiwan is reunified with the mainland under CCP rule. That was the meaning of Xi’s speech in July 2021. And that is why we are currently in the Fourth Taiwan Strait Crisis.

The first three ended peacefully. It is anybody’s guess how this one will end.