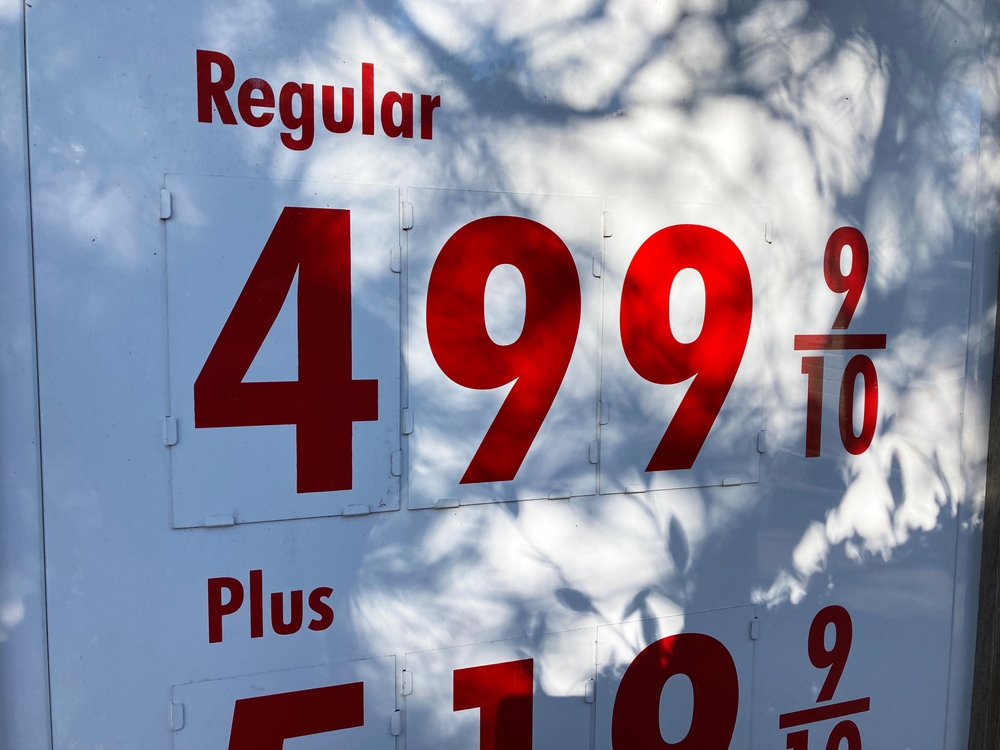 Maybe D.C. lawmakers don’t actually care about gasoline prices at all, or maybe the slight easing of prices at the pump in the past two weeks is causing panic among the climate hysteriocrats. Whatever it is, the president hints at using emergency powers to add to his litany of energy-cost boosters. There are also rumors of a new back-room bargain that would revive a languishing bill, adding as much as $1.50 per gallon to gasoline prices.

In this iteration of Washington Let’s-Make-a-Deal, big-spending progressives threaten higher corporate income taxes, and the corporations try to fend off the hikes by promising to support carbon tariffs. Sen. Chris Coons (D-Del.) provides the vehicle for this swap with his bill, S.2378. This bill would levy tariffs on imports of fossil fuels, steel, iron, cement, and products comprised, at least in half, of any of those commodities. Nominally, the tariff would equal the per-unit domestic cost of meeting our own climate regulations. In reality, the bill is the typical policy shell game in which all of the decisions are passed on to the bureaucrats. The ensuing rulemakings would involve a feeding frenzy of K-Street lobbyists as they seek to bend all the decisions to best help their respective special-interest employers. The resulting tariff rates are unlikely to be bound by actual costs.

How it will all work is purposefully muddled, but we can take the first stab at estimating the impact on gasoline prices.

Though the U.S. is a net exporter of petroleum and petroleum products combined, it is still an importer of crude oil. With the exception of Canadian imports, the rest of the petroleum will likely be hit with the Coons carbon tax (tariff). The way tariffs work is that they increase the price for all barrels, not just the imported ones. Importers pay the tax, but domestic producers keep the money from the higher price on the barrels they produce at home. That’s the whole reason domestic industries seek tariff protection in the first place.

The question is how big will the tariff be? The Biden administration has already given the tariff hawks a generous starting offer.

The point of the working-group exercise is to create updated values of the SCC, and the point of the SCC is to guide regulatory agencies in their cost-benefit analysis. Does a regulation impose costs per ton of CO2 less than the SCC? Then it’s a good regulation, but maybe not quite good enough. According to theory, regulatory nirvana occurs when, everywhere that there are emissions, the per-ton cost on emitters equals the SCC. Abracadabra — that is also the efficient Coons carbon tariff rate. For American motorists, it’s black magic.

Until the IWG releases the updated values, the below table is the guide. The Coons carbon tariffs start in 2024, so the closest values are in the row for the year 2025: 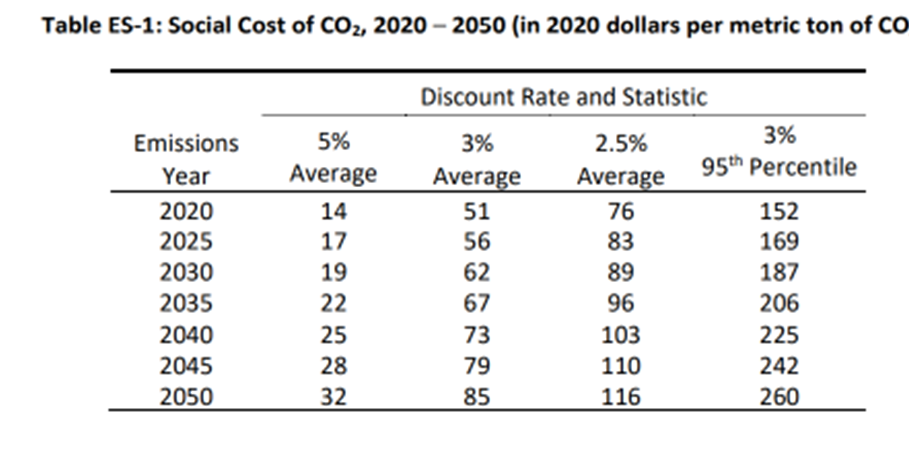 Using flawed, but popular, logic, the ultimate regulatory guidance is unlikely to include any estimates using the 5 percent discount rate. Further, there is little reason to believe that the numbers in the final report will be as low as these interim numbers. Indeed, one set of SCC cheerleaders produced a study with estimates ranging above $1,500 per ton.