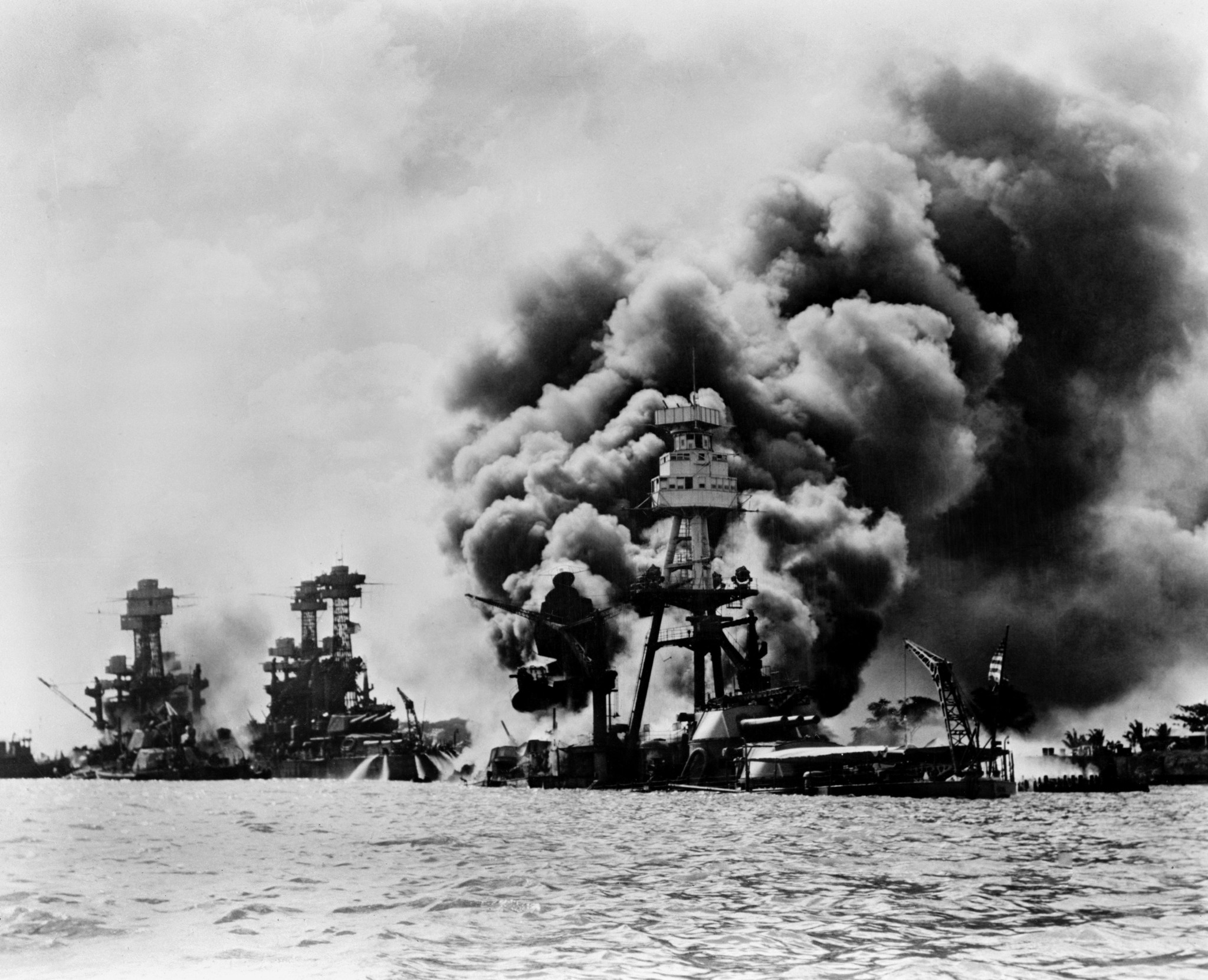 The Naval Institute Press has just published a small book titled The Road to Pearl Harbor: Great Power War in Asia and the Pacific, which is part history and part a warning that history may be about to repeat itself with another great power war in Asia and the Pacific. The book, which is edited by John Maurer of the Naval War College and Erik Goldstein of Boston University, brings together historians and strategists who provide provocative insights into the origins, evolution, and outcome of World War II in Asia and the Pacific and aspects of that war that, in the editors’ view, “illuminate the dangers that currently confront American leaders.”

History, of course, never exactly repeats itself, but it remains the greatest teacher of human behavior. Erik Goldstein and Peter Mauch write about the failed effort in the 1920s and early 1930s to construct a liberal international order centered on the League of Nations and multinational arms control agreements, especially the Washington Naval Conference and its treaties, that affected the balance of power in Asia between Britain, the United States, and Japan. John Maurer assesses Winston Churchill’s reaction to the “gathering storm” in Asia in the 1930s, while Walter McDougall shows FDR’s evolution from isolationist to semi-belligerent in the 1930s. Historian Richard Frank and China expert Grant Rhode highlight the importance to the eventual Allied victory of China’s stubborn and bloody resistance to Japan’s aggression in the 1930s and throughout the war. And they go a long way toward rehabilitating the reputation of China’s wartime Nationalist leader Chiang Kai-shek, whose army crucially tied down many Japanese divisions as the Allies contracted Japan’s imperial realm.

But the jewel in this collection of fine essays is Toshi Yoshihara’s examination of China’s views of a future war in the western Pacific. Yoshihara, who taught strategy at the Naval War College and who currently works at the Center for Strategic and Budgetary Assessments, is perhaps the nation’s foremost expert on the Chinese navy. He has mined open sources for the views of Chinese military strategists, including Chinese naval officers, and warns that the People’s Liberation Army’s (PLA) views on future warfare in the western Pacific are consistent with a Pearl Harbor–like first-strike attack on U.S. naval ships and facilities in the region, especially our “logistical infrastructure” at the Yokosuka naval base in Japan, the home of the U.S. Seventh Fleet.

The PLA, Yoshihara writes, “is predisposed to delivering a decisive first blow against U.S. forward-deployed forces in the western Pacific, particularly those in Japan.” Chinese doctrinal writings, he notes, emphasize surprise attacks and offensive campaigns at the outset of war. Chinese strategists call this part of a “counterintervention strategy” designed to strike American targets that pose the greatest threat to China’s important coastal hubs along the “Beijing-Tianjin, Shanghai-Nanjing, and Guangzhou-Shenzhen corridors.” And the PLA has steadily acquired the precision-strike arsenals (long-range ballistic missiles, cruise missiles), especially the DF-21C, a conventionally armed intermediate-range ballistic missile that, Yoshihara notes, is capable of hitting any target on the entire Japanese archipelago, and the DF-26 missile which can deliver both conventional and nuclear warheads up to 4000 kilometers.

Yoshihara explains that attacks on U.S. naval forces based in Japan would only be “one element of a larger campaign” of strikes that would likely include our airbases at Iwakuni, Yokota, and Misawa in Japan, and Kadena on Okinawa, as well as cyber warfare attacks designed to interrupt our military communications. But like Japan’s attack at Pearl Harbor, even a successful initial Chinese attack on U.S. forces and facilities “could very well prove strategically counterproductive, if not disastrous, for Beijing,” Yoshihara suggests, by drawing in Japan, the world’s third-largest economy with a powerful navy, on the side of the United States, thereby awakening two “sleeping giants” that together could spell doom for the PLA and the communist regime.

For more than a decade, America’s political leaders have talked about a strategic “pivot” to Asia without providing the necessary forces in the region to match the rhetoric. Meanwhile, the current administration in Washington promotes “engagement” with China even as war clouds gather in the western Pacific. Just as in the 1930s, the road to another Pearl Harbor could be paved with good intentions.

China’s New White Paper on Taiwan: We Ignore It at Our Peril

There Is No Strategic Ambiguity in China’s Approach to Taiwan