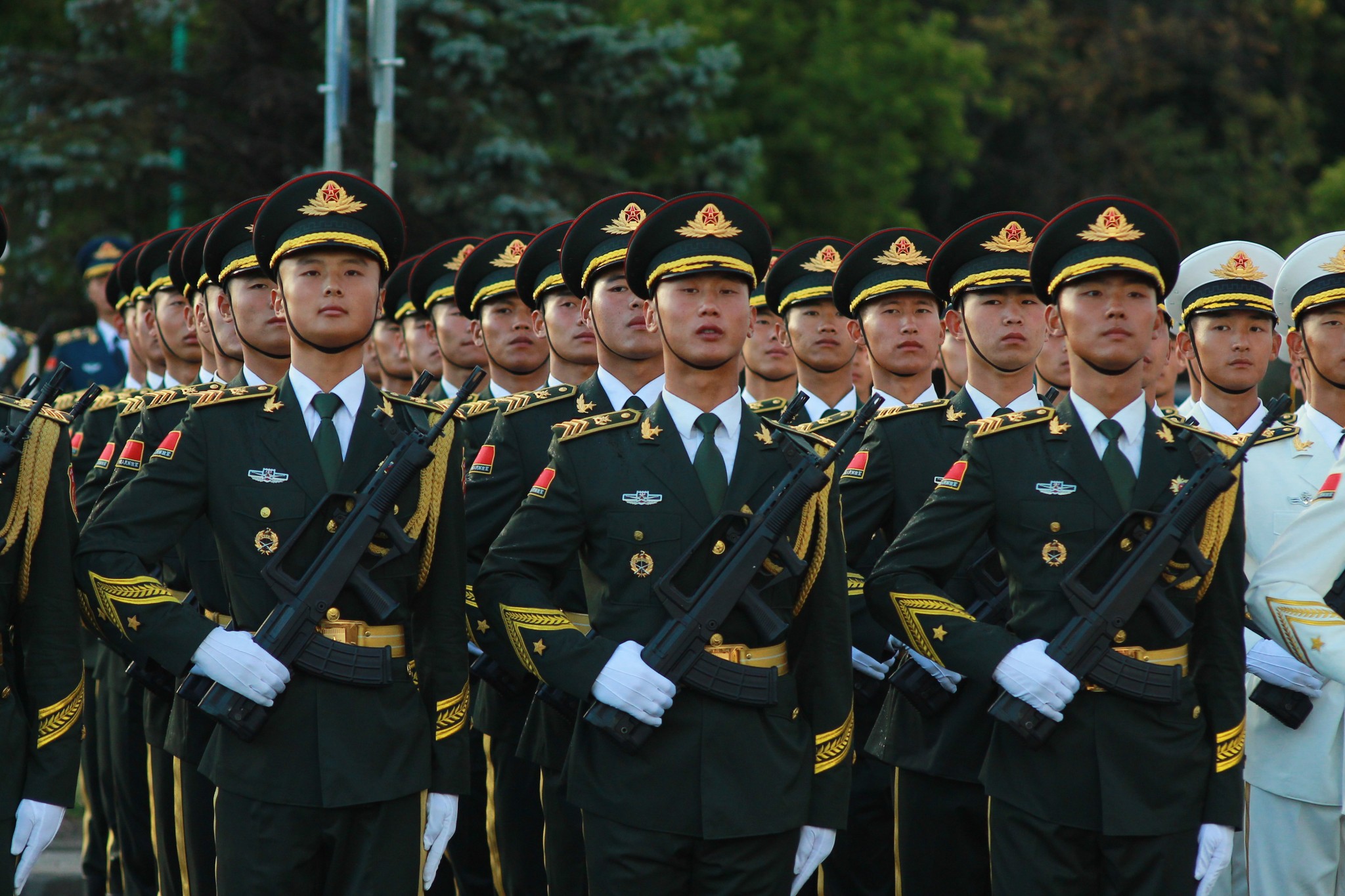 A few days ago, China’s State Council issued a new white paper on Taiwan titled “The Taiwan Question and China’s Reunification in the New Era.” It is no accident, as the Marxists say, that the Chinese Communist Party chose to publicly release the paper in the wake of the Chinese navy’s dangerous exercises surrounding the island of Taiwan. The paper’s table of contents leaves little doubt as to the CCP’s policy approach to Taiwan: “I. Taiwan Is Part of China – This Is an Indisputable Fact”; “II. Resolute Efforts of the CPC to Realize China’s Complete Reunification”; “III. China’s Complete Reunification Is a Process That Cannot Be Halted”; “IV. National Reunification in the New Era”; and “V. Bright Prospects for Peaceful Reunification.”

The State Council in China is “the executive body of the highest organ of state power” but it is completely staffed with members of, and is subservient to, the CCP and President Xi Jinping. It was formally established in 1954 under Mao Zedong. The council includes the Chinese premier, vice premiers, state councilors, ministry executives, the CCP’s general secretary (Xi), and others. The key positions on the council are nominated by Xi and confirmed by the National Party Congress. Under China’s 1982 Constitution, the council exercises broad administrative powers. It is “responsible for carrying out the principles and policies” of the CCP.

The preamble to the white paper states that reunification with Taiwan “is a shared aspiration of all the sons and daughters of the Chinese nation” and “a historic mission of the Communist Party of China.” It accuses Taiwan’s political leaders of redoubling their efforts to “divide the country,” and notes that “some external forces have tried to exploit Taiwan to contain China, prevent the Chinese nation from achieving complete reunification, and halt the process of national rejuvenation.” And the paper notes that “national rejuvenation is driven by an unstoppable force.” (READ MORE: We Are Now in the Fourth Taiwan Strait Crisis)

After reciting their version of history which holds that Taiwan has been and always will be part of China, the authors of the white paper assert that “the sovereignty and territory of China never have been and will never be divided, and Taiwan’s status as part of China’s territory has never changed and will never be allowed to change.” The authors accuse the United States and a “small number” of other countries of colluding “with forces in Taiwan” regarding Taiwan’s legal status. China’s Constitution states that “Taiwan is part of the sacred territory of the People’s Republic of China,” and claims that it is the “inviolable duty of all Chinese people, including our compatriots in Taiwan, to accomplish the great task of reunifying the motherland.”

The paper notes that China’s Anti-Secession Law of 2005 and the National Security Law of 2015 provide that Taiwan is part of China and that China will “brook no violation” of its sovereignty and territorial integrity. Taiwan’s “status as part of China is unalterable.”

Distorting history, the white paper claims that the CCP under Mao Zedong promoted policies “for peaceful settlement of the Taiwan question” — a statement that obscures the fact that Mao’s plan in 1950 to invade and conquer Taiwan was foiled by the U.S. Seventh Fleet shortly after the outbreak of the Korean War and that Chinese forces initiated offensive operations against Taiwan twice in the mid-to-late 1950s but were ultimately deterred by the strong leadership and policies of President Dwight D. Eisenhower.

Reunification with Taiwan, the authors state, “is the only way to avoid the risk of Taiwan being invaded and occupied again by foreign countries, to foil the attempts of external forces to contain China, and to safeguard the sovereignty, security, and development interests of our country.” China’s stated goal is “complete national reunification.” This is reminiscent of Adolf Hitler’s approach to a greater Germany that embraced, for example, the Sudetenland of Czechoslovakia.

The white paper demonizes Taiwan’s leaders, accusing them of colluding with external forces to “divide the country.” Taiwan’s leaders are “radical separatists” who have taken “provocative actions” to undermine China’s sovereignty. Taiwan’s leaders, not the CCP, the paper states, have increased tensions in the South China Sea and endangered peace and stability in the Taiwan Strait. Then the authors demonize the United States for its “delusions of hegemony” resulting from being “trapped in a Cold War mindset.” The U.S. is inciting “separatist forces” in Taiwan in an effort to “create obstacles to China’s peaceful reunification.”

The authors of the white paper remind readers that China “won a resounding victory in the War to Resist US Aggression and Aid Korea” — otherwise known as the Korean War, which China’s ally North Korea started after being given the green light by Mao and Stalin. Remarkably, the white paper uses the example of Hong Kong to promote its version of the “peaceful reunification” of Taiwan and China. The crackdown in Hong Kong, in other words, is China’s version of the “One country, two systems” approach, which in reality is “One country, one system” — the system controlled by the CCP.

China warns outside powers — and specifically the United States — that it will decide its own affairs, and that “the Taiwan question is an internal affair that involves China’s core interests … and no external interference will be tolerated.” China, the paper states, “will not renounce the use of force” and will take “all necessary measures” to bring about reunification with Taiwan. “The historic goal of reuniting our motherland,” the paper concludes, “must be realized and will be realized.”

One of the world’s best China watchers, the Diplomat’s editor-in-chief, Shannon Tiezzi, notes that reunification will likely result in the harsh persecution of Taiwan’s current leadership and anyone on the island who opposes reunification. “[T]here have been clear signals,” she writes, “that any unification scenario on Taiwan would involve prosecution and jail time for Taiwan’s current leadership” for being “separatists” or “secessionists.” Tiezzi also notes that those who oppose reunification will be subject to “re-education” similar to the “massive re-education campaign” against the Uyghurs, Kazakhs, and other Muslims in Xinjiang. Indeed, she quotes China’s ambassador to France as saying, “It’s necessary to reeducate [Taiwan’s population] to eliminate the separatist thought and secessionist theory.” Tiezzi concludes that China’s white paper presents a “chilling prospect” for Taiwan’s 23 million people.

A few days after the white paper’s release, the Global Times, the CCP’s English-language mouthpiece, suggested that Americans read it if they don’t want war. “Americans still have time to read China’s White Paper … to change course … and extinguish the fuse they lit that otherwise will explode in war.”

And the Washington Times’ Bill Gertz reports that China is continuing its military exercises near Taiwan, with Taiwanese military officials stating that they detected five Chinese warships and 30 PLA aircraft in the Taiwan Strait.

Perhaps the most important takeaway from the new white paper is the lack of subtlety and the increased confidence of the CCP in its ability to bring about reunification with Taiwan peacefully or by force. China’s leaders are undoubtedly playing to a domestic audience with the white paper, but they also appear to have judged that the regional balance of power has shifted in their favor, just as the Soviet Union did after America’s loss in Vietnam and its subsequent global retreat under President Jimmy Carter. China may view President Joe Biden as a Carter-like president who has suffered from international debacles (Afghanistan) and appeared weak on the world stage. America and the West were fortunate that after Carter came President Ronald Reagan. The big question is will China wait until after Biden to make its move?