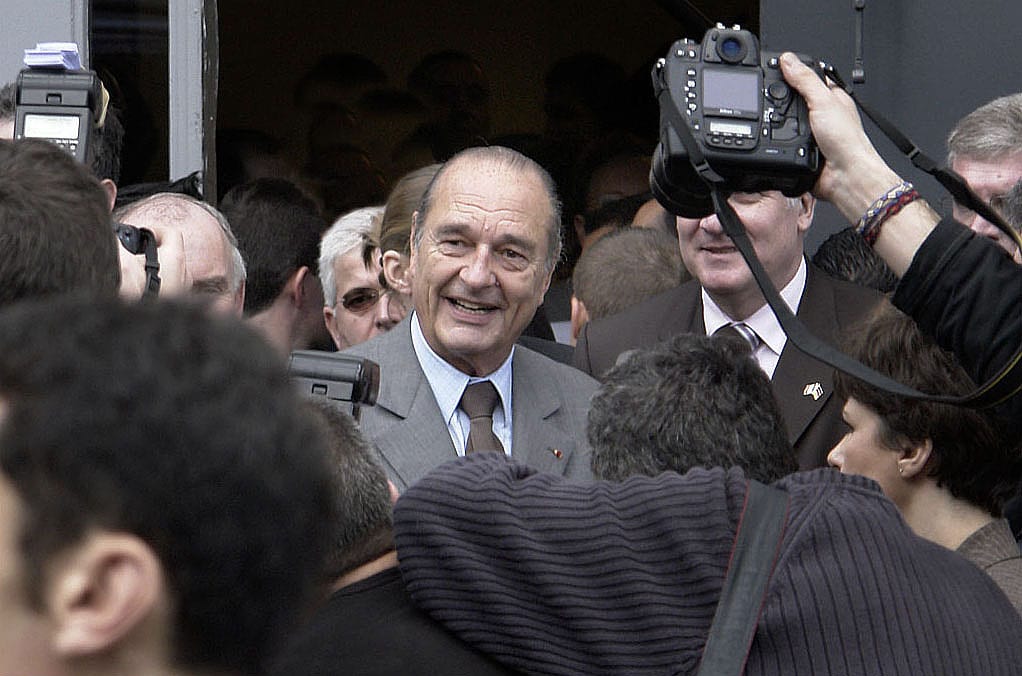 From 2004, when the question already was: When will the river of Islam swamp secular Europe?

“Do we want the River of Islam to enter the riverbed of secularism?” France’s prime minister, Jean-Pierre Raffarin, said in September, alluding to the prospect of Turkey joining the European Union. Raffarin’s question is a little late. The river of Islam is already gushing through Europe — and secular France, home to over 5 million Muslims, released the floodgates.

The question now is: When will the river of Islam swamp secular Europe? Historian Bernard Lewis predicts that Muslims will dominate Europe before the end of this century, turning Europe into an appendage of North Africa and the Middle East.

“Europe will be a part of the Arab West,” he said in an interview with the German newspaper Die Welt during the summer. “Europeans marry late and have few or no children. But there’s strong immigration: Turks in Germany, Arabs in France and Pakistanis in England. At the latest, following current trends, Europe will have Muslim majorities in the population at the end of the 21st century.”

As Raffarin should know, France steered the river of Islam into Europe’s riverbed of secularism, arrogantly assuming it would come out secular on the other side. It hasn’t. France is not changing Islam; Islam is changing France. France’s desperate project to spread a “French Islam” is an admission of this crisis, not a solution to it.

France’s ban on Islamic headscarves in public schools is a clumsy and last-ditch attempt to control an ascendant religion that threatens French secularism. So far it has produced a dramatic backfire in the kidnapping of French journalists Christian Chesnot and George Malbrunot by Muslim terrorists who demand that the ban be rescinded. The terrorists succeeded in driving Jacques Chirac into the arms of Hezbollah, Hamas, Yasser Arafat, and Egypt’s Muslim Brotherhood as he asked them for help in rescuing the journalists. This was itself a measure of Islam’s hold on France and a sign that the terrorists had already won.

Muslims aren’t fooled by “French Islam.” They know that Frenchifying Islam means removing Islam from Islam, and they are resisting it. Some have taken to the streets to protest the ban on headscarves; others are simply turning to global Islam for money to finance private schools.

France established the “French Council for the Muslim Religion” in 2003. Its stated purpose was to bring Islam into line with “French values.” In other words, secularize it. Former Interior Minister Nicolas Sarkozy said no Imams who held views “contrary to the values of the Republic” could serve on the council. Consequently, most Muslims regard the council as a stooge-ridden joke. Very few of them vote in the council’s elections, and those who do tend to favor the extremists, which has led Time to conclude the “council could present as many problems as it solves.”

That is, France formed the council to take Islam out of the “cellars and garages,” and it has. Now radical Islam can operate out of the French government. After the Union of Islamic Organizations in France (UOIF), which is associated with terrorist groups, picked up a sizable number of seats on the council in 2003, French officials were left sputtering that they didn’t like the election results. Sarkozy “reaped jeers and whistles,” according to Time, when he “used a speech before more than 10,000 Muslims at an UOIF convention… to vow that women must remove their veils for the photographs on their French identity cards.” The UOIF, said Malek Chebel, a Muslim anthropologist, to Time, “has endless money, great numbers of the faithful on their side, and they have time… The fundamentalists are working toward a shock, one that is dangerous for the equilibrium of the state.”

French rationalism is justly famous for producing irrational outcomes. The thinkers of the French Revolution thought that they could rearrange class according to “reason.” They only caused bloodshed. Modern France carries the same attitude to Islam, imagining Parisian muftis issuing Voltairean fatwas and Muslims replacing their headscarves with berets, and when they don’t, tolerance gives way to force. Bringing millions of Muslims into the country (against conservative criticism deemed “intolerant”), then criminalizing Islamic headscarves fits the pattern of French history since its Revolution: “Reason” produces chaos, the chaos then justifies the suspension of reason in favor of Napoleonic force.

RAFFARIN CAN PLAY DUMB AND ACT like secular France didn’t flood Europe with Islam. But historians will record that it was French secularism that created the conditions for secular Europe’s demise by insisting that Europe embrace millions of Muslims who had no intention of embracing secularism. As mosques spread and Gothic cathedrals emptied, French secularists fined authors who warned of the coming crisis and consigned to cultural oblivion the traditional protector of Europe — the Catholic Church.

The religion that inspired Charles Martel to protect France against the Islamic invasion of the eighth century at the Battle of Tours was denied by Jacques Chirac even one historical mention in the founding documents of the European Union. When Pope John Paul II mildly suggested to him and other European leaders that the European Union constitution should acknowledge Europe’s Christian roots if only as a matter of history, Chirac haughtily responded, “There has never been that kind of reference in the treaties. As the representative of a secular state, I am not in favor of religious references.” The final text contains only the most oblique reference to religion. It was slipped into a phrase about Europe’s “cultural, religious and humanist heritage.”

Europe’s secular decadence is so advanced and comic that its only real objection to Turkey entering the European Union is that it might raise the continent’s moral standards. The fear among European diplomats is not that an Islamic country of 70 million people might hasten the Islamization of Europe but that Turkey might criminalize adultery. No joke. “Turkey Moves Closer to EU After Retreat on Adultery Law” and “A Tough Adultery Law Could Block Turkey’s Entry to EU” were a few of the non-satirical September headlines in European newspapers. The “Copenhagen criteria” is the EU’s non-satirical measure for determining whether Turkey possesses the cultural qualifications to enter Europe.

Vatican Cardinal Joseph Ratzinger has warned that Turkey’s entrance into the EU could supply one of the final nails in Christian Europe’s coffin. Turkey, he said, “has always represented another continent in the course of its history, in permanent contrast with Europe.” But Chris Patten, the European Union’s external affairs commissioner, says that Christian Europe is already dead. So how can Europe object to Turkey joining it? “I certainly don’t think we can say no to Turkey on the grounds that we are a Christian club,” he has said.

Frits Bolkestein, a Dutch European Union official, said in September that Turkey’s joining the EU would mean a Europe “Islamized” and likely to “implode.” Bolkestein noted that in 1683 at the battle of Vienna Europeans defeated the Ottoman Turks. If Bernard Lewis is right about Islamic demography, he said, lifting the Islamic siege of Vienna will “have been in vain.” To which the European left responded: So what? One European editorial savaging Bolkestein for this speech was titled, “Open the Gates of Vienna.”

Ratzinger calls this “self-hatred.” It is certainly self-delusion. The European secularists like Chirac who think that they can ride the tiger of Islam will be eaten by it.