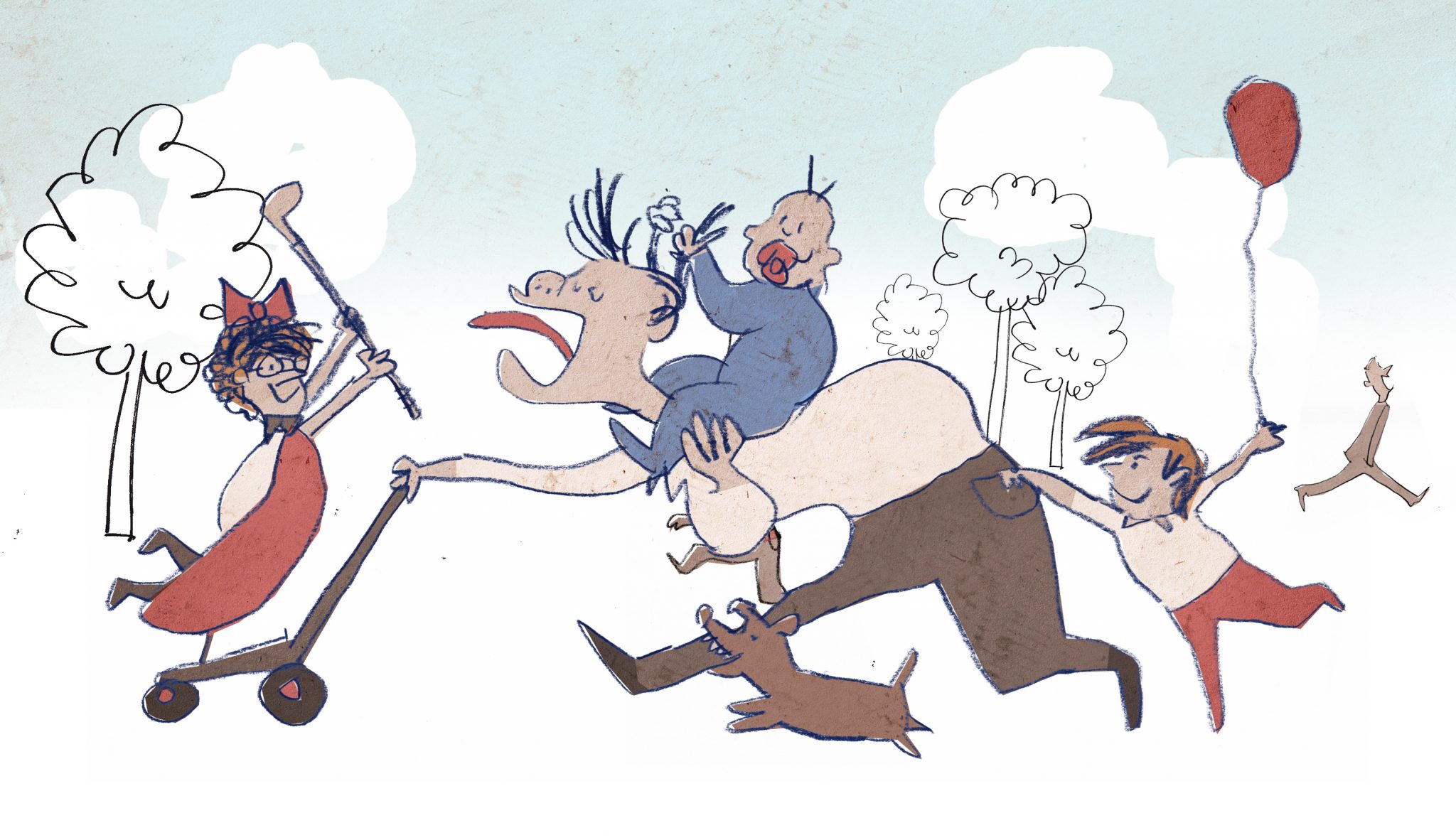 You must have children. Many children. Lots of children. Children at all times and all ages. What’s more, I don’t mean to poke my nose into your business, but maybe you should be trying to have a child right now, unless you’re reading this from the office. Children are the blessing of life, God’s great gift, and there are a lot of unhappy people out there who don’t know it. All they’ve been told about fertility is that they should avoid it, with plastics, with hormone bombs, or with bloody crimes. As if it were a disease. There is nothing more beautiful in the universe than the face of a pregnant woman. I believe that God was trying subtly to tell us men something with this small wonder of feminine nature.

Besides, fatherhood is a wonderful thing because it allows dads to release the wild child in them without shocking anybody. When you get married, you hide this wildness away, and you try to behave like a boring adult. You know, you pay taxes, you wear a suit, you buy pants to play golf, you say “I’ll think about it” a lot, and you cancel your open tab at the trendy pub. You become the typical gentleman who is always very concerned about carbon emissions. Suddenly, your baby is born, and you can finally let yourself go: no one is surprised if you howl, climb into cars, or walk down the street on all fours, as long as you remember to put the baby in the stroller. I have a friend who forgot the child and took the stroller out for a walk alone, and was arrested while loudly singing nursery rhymes in the streets at about three o’clock in the morning. Before you jump to any conclusions: he tested negative for alcohol.

With parenthood, suddenly even the beautiful neighbor on the seventh floor who had started ignoring you when you began talking to her about carbon emissions in the elevator is suddenly smiling back at you with a twinkle in her eye (spoiler: sorry, she’s just smiling at the baby).

Another advantage is that you no longer need to use social networks to summon demonstrators. If you have enough children, you can stand alone with them in front of any institutional building, organize a good protest, and get in the newspapers. At first it may scare you a bit to have a lot of offspring, but you soon realize that the more you have, the better they take care of each other, and the more free time you will have to watch sports on TV and drink beer like a good father — that is, as long as you buy enough TVs, because getting a child to let you watch a game when his cartoons are on is more difficult than negotiating a lasting peace agreement between Palestinians and Israelis.

The fundamental thing about parenting is that for a while you’ll have a bunch of little people who adopt and vehemently defend all your opinions about life, music, and politics, no matter how stupid they may be. That lasts about 10 years. From the age of 11 they adopt and defend the opposite, whatever your opinion is (Another spoiler: it doesn’t matter if you change your opinions; they will change theirs, too. Don’t cry. They love you the same; they just don’t know it).

After all, when you’re about to die, if you’ve done your job right and let them to grow up guided by the principles of freedom and responsibility, you’ll have a bunch of nice people who like you well enough, even before they inherit, and who defend your ideals in a much smarter way than you ever did for decades.

There are more reasons to bring many children into the world. For example, it is the most effective way to win elections against Joe Biden’s great-grandson. Planned Parenthood, the WHO, and the UN all resent it. So having them can only be a good thing.

Of course, for a Christian, to become a father is to respond to divine mandate and cooperate in some way with Creation. It seems funny that God has considered us to be part of the creative process, when He knows better than anyone else that our specialty as humans is to destroy, not to create. And yet we are capable of begetting some hilarious little creatures, so much so that even when they cry all night the day before your first day at work, you don’t even feel like throwing them out the window as you would do with any of your neighbor’s children. You are merely disarmed by their graceful simplicity, their amusing dependence. They manage to achieve what none of your ex-girlfriends have ever achieved before: for example, respecting, at least in some points of the country, the damned speed limits, or being able to find the lock with the key in less than 10 attempts after returning from dinner with old friends.

Having children is the best antidote to selfishness and a passport to happiness. Ignore the progressive propaganda. Of course children don’t pollute — even their diapers could be classified as nuclear waste, which is, as far as it goes, pretty clean energy. Forget the 2030 agenda nonsense. If the masters of the world don’t want to procreate, that’s their business. Perhaps they can’t. But you go ahead and have kids by the bucketload, have kids joyfully and recklessly, have kids like it’s going to be banned tomorrow.