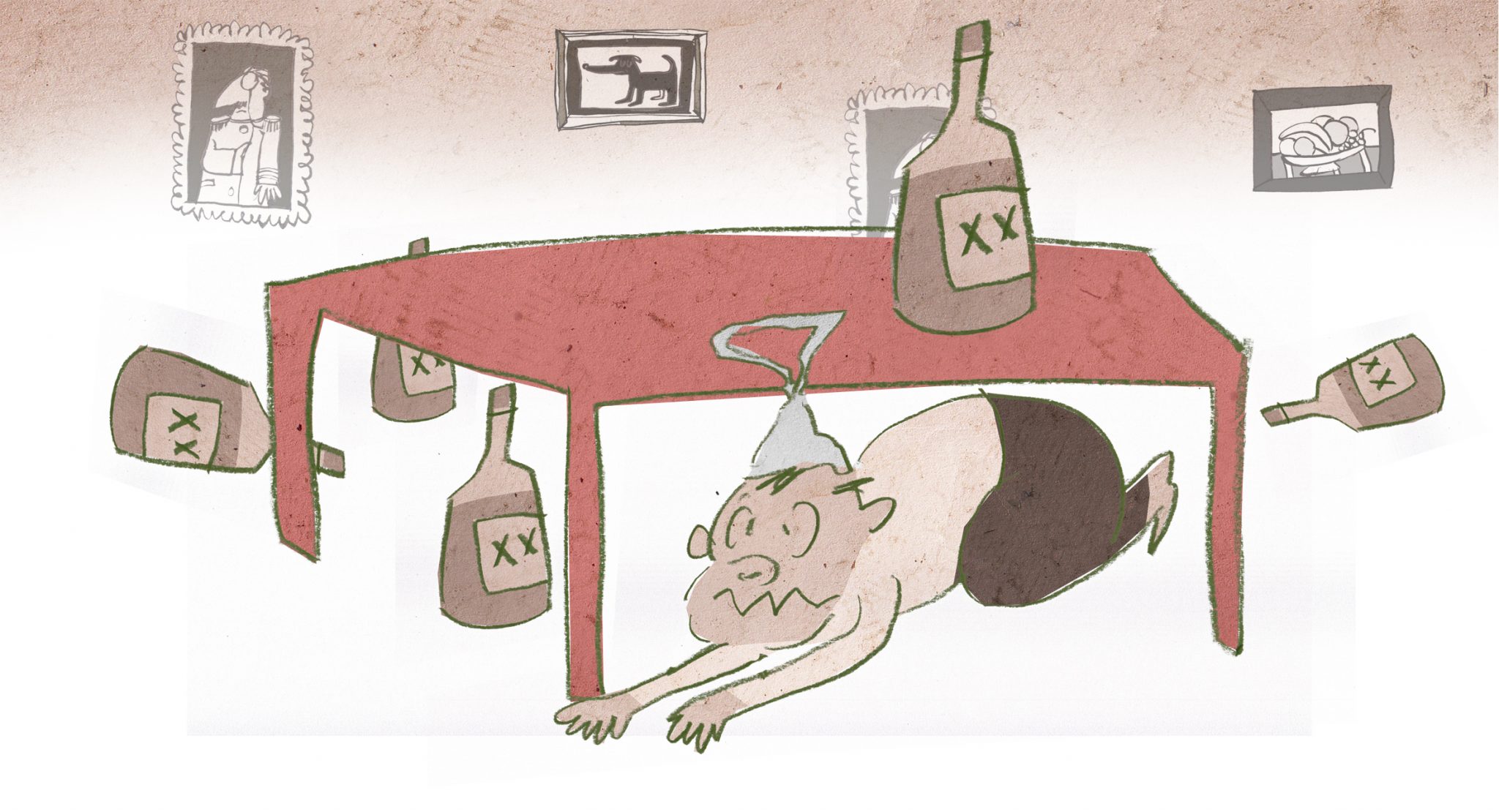 I write crouched under my desk, with a tinfoil boat on my head and all the reserves I have left of Chivas scattered around me. My ashtray is overflowing. We are 100 seconds away from the apocalypse according to the Bulletin of the Atomic Scientists, so by the time you read this, by my calculations, we will all be dead. Rest in peace, those of you who can, I still have a meeting with my editor to explain how our trip to the afterlife doesn’t mean he can forgo my payment.

My farewell will not be a sad one. As a Christian, I am happy to walk into eternity, unbound by this vale of tears, although the last thing I expected was to find the announcement of the end of the world on the front page of the New York Times. They just don’t make apocalypses like they used to. Anyway, such is the emotion of the moment that, for an instant, I was on the verge of reciting Amanda Gorman’s presidential inauguration verses (see “With Biden, the Summer of Love Is Back”) out loud. But I regained my self-control just in time, lest the Antichrist decide to hurry it up just to put a swift end such rhymed torture.

I guess the world has been ending since it began (I don’t remember if this quote is from Socrates or Meghan Markle). Almost every civilization has believed that the apocalypse was on the horizon, but when all is said and done, the only end that came was that of their prophets, who have ended up six feet under while the world carried on around them, glowing in spring and gilding in autumn. Only one visionary has managed to survive all the failed apocalypses, from the Stone Age to today, and that is John Kerry. And he keeps as well as his wife’s ketchup when left open for six months in the shoe cabinet.

The first great “we’re all going to die” in history was made viral by the Romans. Rome’s founding myth included its own apocalypse. Romulus and Remus were arguing about where to set up the city. A typical sibling argument. Unable to come to an agreement, they decide that the one who spotted the most eagles in the sky would win, which is like saying that the architect with the longest pencil is the best (and I’m not speaking in metaphors).

Be that as it may, Remus saw six birds and Romulus saw 12 (or so he said). One of the great mysteries behind their story is why Romulus would even bother counting eagles and bragging about his victory, if he was only going to kill his brother in a new argument shortly afterwards. If he was going to kill him anyway, why waste time counting eagles? That would have avoided the contest, and his peers would not have had to live with the anguish of an apocalypse looming. You see everyone decided that if Romulus had managed to count 12 eagles, each one of them was equivalent to 10 years of the city’s life and that the city would therefore fall after 120 years. When it didn’t, the doomsayers tried their luck with two other dates and failed again. All of which leaves us to conclude that the Romans were much better at making bridges than apocalyptic prophecies.

Aside from Greta Thunberg, the most famous prophet in history is Nostradamus — not for his successes but for his mistakes. The truth is that the vagueness of his prophecies means that he can never be completely discarded. My favorite is the one about 1999: “from heaven will come a great king of terror, to resurrect the great king Angoulmois before, then Mars will reign by fortune.” Of course, the king of terror is the idiotic SpongeBob released that fateful year, the resurrected king is Bill Gates, who celebrated in 1999 his new market position with the creation of MSN Messenger, turning modern life into hell. And as for the reign of Mars, it could be a metaphor, funny but of debatable taste, about the Monica Lewinsky scandal.

The Y2K bug, the Mayan apocalypse, Halley’s comet, and other terrifying prophecies were spread by the press, which, together with the funeral industry, is the only industry that enjoys its highest turnovers just when things are going the worst. Unfortunately they did not come true, but at least us journalists were able to occupy ourselves with our favorite pastime for the next few years, scaring little old ladies at tea time.

Now the Bulletin of the Atomic Scientists claims that we are facing two imminent threats: nuclear war and climate change. Nuclear war would never have happened with Trump, although the arrival of a Democrat in the White House always precedes some unexpected bombing, either to cover up a sex scandal or for the pleasure of seeing Baghdad in flames from on high.

As for climate change, Biden is going to solve it with a huge commitment to green energy, which, for the moment, is leaving lots of families unemployed — incidentally also the Democrats’ strange way of creating jobs. John Kerry, the fortune teller, who is once again roaming the city, will take care of everything, so my advice is that, while the panic lasts, keep an eye on your wallet, especially if you hear his private jet flying overhead.

When all is said and done, that these swindlers advance the Doomsday Clock only means that we are going to get hit hard with taxes, unless our good God shows us some mercy, and this 100 seconds thing is true for once. Just in case, here I am, still under the desk, with my little tinfoil hat, excited as only a journalist who has caught a whiff of imminent tragedy can be, but with no news to report from the front line other than having run out of cigarettes. Over and out.