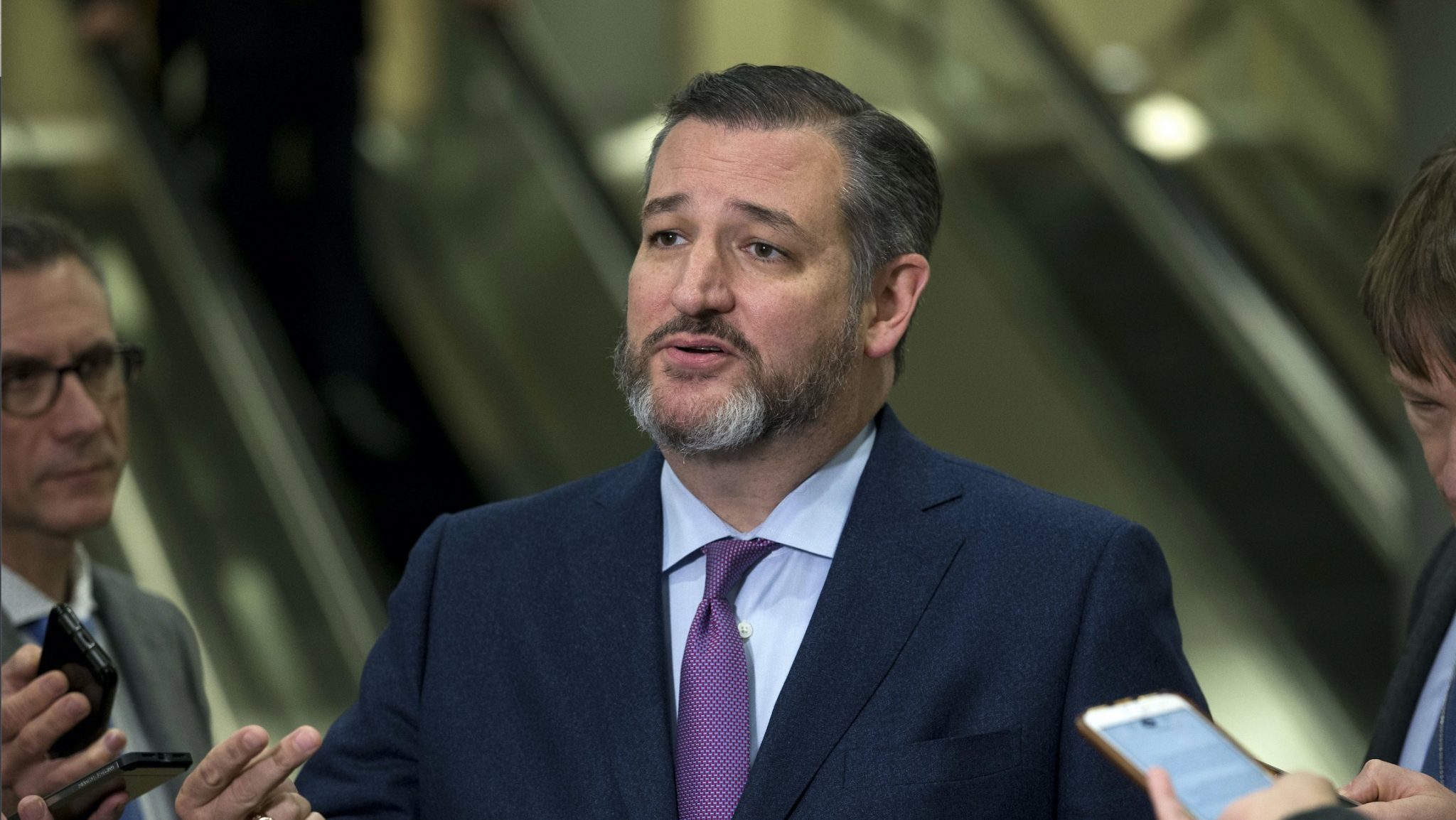 Predictably, after Sen. Ted Cruz (R-Texas) and ten other GOP Senators announced their intention to reject electors “not lawfully certified” but nonetheless included in the Electoral College results, many Democrats accused them of “sedition.” In reality, these Senators and their House counterparts are duty bound to object. The cowardice of Republican legislatures in disputed states, dereliction of duty by the courts and the dishonesty of the “news” media has forced them to take action. Congress has the final word on who won the presidential election when they convene Wednesday to certify the Electoral College results. That certification vote is the last opportunity for our elected representatives to resolve allegations of illegal election activity in November.

As Sen. Ted Cruz (R-Texas) and ten senators who will join him in objecting to disputed electors pointed out in a statement, “Reuters/Ipsos polling, tragically, shows that 39% of Americans believe ‘the election was rigged.’ That belief is held by Republicans (67%), Democrats (17%), and Independents (31%).” It should be blindingly obvious that it simply isn’t possible to ignore such a gigantic amount of voter distrust in the outcome of any presidential election without doing serious damage to our electoral system. Moreover, this should be a bipartisan cause for acute anxiety. As the Cruz statement poignantly puts it, “It should concern us all. And it poses an ongoing threat to the legitimacy of any subsequent administrations.”

That includes the Biden administration, of course, which will suffer a crippling legitimacy crisis if Congress fails to address the innumerable questions involving violations of election law and outright fraud in at least five states — Arizona, Georgia, Pennsylvania, Michigan, and Wisconsin. In all five, state officials illegally usurped legislative prerogatives to make changes to election law. Among these were arbitrary extensions to ballot deadlines, elimination of signature verification requirements for mail-in ballots, use of unsupervised drop boxes for absentee ballots, providing private activist organizations access to voter rolls, ad infinitum. The proposal put forward by Cruz, et al., envisions a special commission:

Congress should immediately appoint an Electoral Commission, with full investigatory and fact-finding authority, to conduct an emergency 10-day audit of the election returns in the disputed states. Once completed, individual states would evaluate the Commission’s findings and could convene a special legislative session to certify a change in their vote, if needed.… Accordingly, we intend to vote on January 6 to reject the electors from disputed states as not “regularly given” and “lawfully certified” (the statutory requisite), unless and until that emergency 10-day audit is completed.

Ironically, the state legislatures of all five of these states were weeks ago provided with ample evidence to justify convening the special sessions recommended by these Senators. They heard sworn testimony from dozens of eyewitnesses, saw documentation verifying obvious breaches of statutory ballot counting procedures, and viewed damning security camera videos that should have eliminated any doubt that enough ballot fraud occurred in crucial precincts to change the outcome of the election. The U.S. Constitution provides these state legislatures the power to unilaterally call special sessions under such circumstances. The constitutional verbiage of Article II, Section 1 is by no means ambiguous on this point.

You will note that no other state official is mentioned in this constitutional provision. That omission of the governor or the secretary of state is no oversight. If the legislature in one or more of the above-noted states wishes to convene a special session for purposes of determining whether their electors were unlawfully certified, the Constitution does not require the legislators to obtain the permission of the very officials who issued the certification under investigation. Nor do these legislatures require the governor or the secretary of state to sign off on a new slate of electors if an investigation reveals that the initial certification issued by these officials was tainted by documented violations of state or federal election laws.

Yet the Republican leadership of these five lawmaking bodies acted with uniform cowardice. This brings us to the failure of the courts. The media have reported that Trump has lost 60 post-election lawsuits. Politico advises its readers, for example, “Judges tossed out nearly all of the roughly 60 suits filed by the Trump campaign … due to a profound lack of evidence.” First, most of the 60 were filed by organizations unrelated to the Trump campaign. Second, virtually all of Trump’s lawsuits have been dismissed for lack of standing or other legal pretexts. Virtually none of the “Trump losses” have been judged on the merits or the evidence. Mark Levin describes a particularly outrageous example in Pennsylvania:

You have some courageous individuals in Pennsylvania.… So they sue, it goes to the commonwealth judge … and she rules, yes, I’m going to put in place a temporary injunction … stop certifying electors, we’re going to have a hearing in my court on Friday.… So, rather than prepare for the hearing on Friday, the Attorney General runs to the supreme court of Pennsylvania, and what does that court do? Within 48 hours, Ma the weekend, the weekend before this one, they rule, you know what? Laches, what does laches mean? Basically, in plain English it means, you’re too late.

This is a classic Catch-22. As Levin, who is a constitutional lawyer, goes on to explain. The supreme court of Pennsylvania essentially ruled, “You should have come before the election. The problem is, the word, standing.” In other words if the plaintiffs had filed the case before the election it would have been dismissed based on lack of standing. This legal sleight of hand is how virtually all the courts have dealt with post-election lawsuits filed by Trump or his supporters — including SCOTUS — which denied a hearing to the plaintiffs in this Pennsylvania case in a one-sentence ruling. The Supreme Court rejected Texas v. Pennsylvania a few days later based on standing. The courts are clearly not interested in election integrity.

It goes without saying that the corporate media have depicted Trump’s lawsuits as nothing more than the desperate acts of a sore loser. Moreover, with the aid of Facebook and Twitter, they have consistently censored any and all evidence of illegal election activity by the Democrats. Like the state legislatures and the courts, they are less interested in the health of the republic than in their own comfortable roles in the ruling class. Thus, 13 Senators including Georgia’s Kelly Loeffler, and dozens of House members constitute all that stands between us and one party rule by people who will, as Steven Greenhut writes, Californicate the country. This is why Sen. Cruz, et al., must challenge the 2020 Electoral College results.