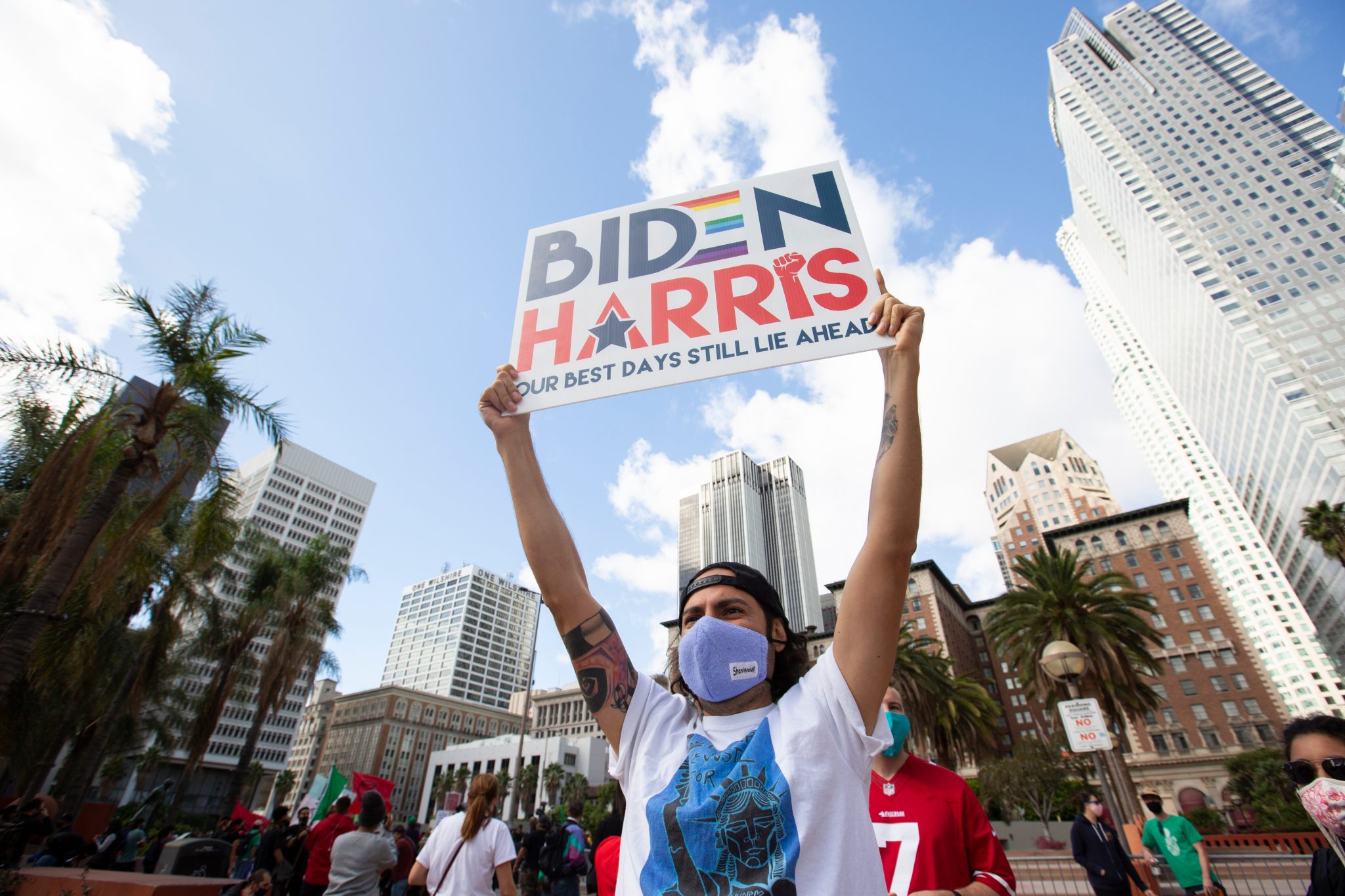 At the onset of the COVID-19 shutdowns, Gov. Gavin Newsom raised eyebrows by repeatedly calling California a “nation state,” which usually refers to sovereign and largely homogenous countries with their own standing armies. California is wonderfully polyglot and, last time I checked, still part of the United States despite having the nation’s largest population and an international boundary. Such hubris earned mild rebukes even from mainstream media.

Newsom proudly used the “nation state” term as he sought to justify the use of California’s purchasing power to secure a good deal on personal protective equipment for the state’s health-care providers. He was frustrated at the admittedly slow federal response. “It’s not a cheap shot,” he said on MSNBC’s Rachel Maddow Show. “At the end of the day, they don’t have the masks at the national stockpile. We decided enough of the small ball.”

That’s fine enough, but what happened next is an allegory. Many lawmakers said this mask deal “lacked transparency and complained they did not get an adequate heads-up” before the governor’s TV appearance, as Capital Public Radio reported. The Chinese company delayed the delivery of the masks because it “twice failed to meet safety certification deadlines,” other deals fell through, and, months later, the state “received only a fraction of the promised supply.”

In other words, California did as it always does: boast about its trend-setting and visionary policies and its international-like leadership, then utterly fail to even manage the governmental basics one might expect in decidedly non-nation-states such as, say, Idaho or Rhode Island. 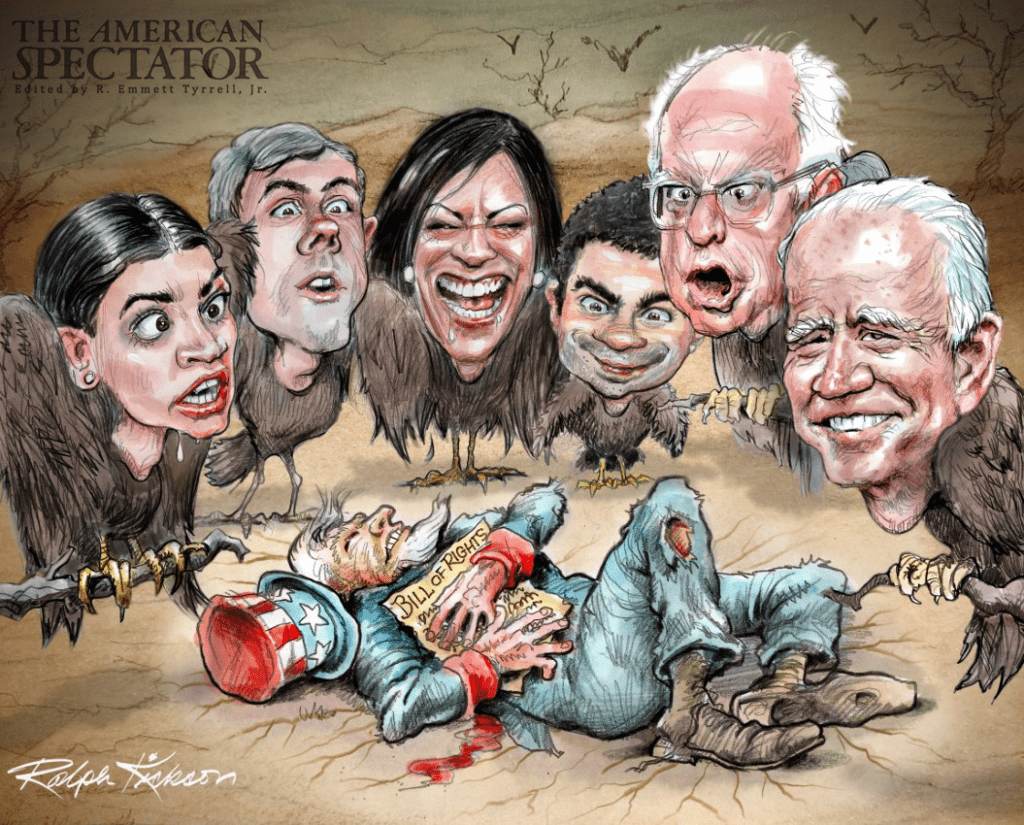 With a new Joe Biden administration, these fundamentals aren’t going to change. Unlike under President Trump, however, the federal administration won’t push back against California’s approach to immigration and environmentalism — and the new administration certainly will try to implement some of the state’s “bold” ideas at the national level.

As CalMatters explained recently, that likely will include an effort to boost the minimum wage nationally to California’s $15-an-hour level. It will feature an effort to expand paid family leave for private workers, a push for a Green New Deal (or some modified version of it) designed to reduce carbon emissions, “common sense” bans on so-called assault weapons, and an expansion of limits on independent contracting.

On the plus side, the Democrats might at least embrace California’s relatively sensible (albeit overly taxed) approach to legalizing marijuana by rescinding the federal designation of marijuana as a dangerous drug. Even many Republicans, however, support that overdue change, so such reforms might have taken place under Trump, anyway.

California is, as any state official will tell you, the world’s fifth-largest economy. Our population of forty million makes us home to one out of eight Americans. One of our fifty-eight counties, Los Angeles, is more populous than nine other states. We’re geographically enormous, too. San Bernardino County is physically larger than nine states and the four smallest ones combined.

That enormity, combined with a lack of partisan competition, tends to swell our politicians’ sense of grandeur. This tendency isn’t new. Unburdened by the traditions of other regions, California officials have been willing to take a stab at unusual policies and embrace newfangled political experiments. The state had been a magnet for Americans (before it began chasing them away) as well as immigrants, which has made our politics less bridled to tradition.

California approved the initiative, referendum, and recall in 1911, under the direction of Progressive Gov. Hiram Johnson. More than a century later, no other state has embraced anything close to our free-wheeling direct democracy. The California Air Resources Board instituted emission controls in the 1970s that became the model for U.S. car manufacturers. We’re such a huge market that our standard became the de facto national standard.

Recently, the state approved the California Consumer Privacy Act. These rules — based largely on ones found in the European Union — will also become de facto standard nationwide. Tech companies will not be able to ignore them, and neither will Americans in the forty-nine other states. California lawmakers’ arrogance won’t change following the presidential election, but now Congress will try to impose these problematic regulatory policies on the entire country.

Other states have been wise enough not to echo California’s cap-and-trade system that essentially taxes businesses for their carbon dioxide emissions — but California lawmakers still see it as a blueprint. We’ll see echoes of these plans in whatever environmental new deals are offered in Congress.

As of August, California filed its hundredth lawsuit against the Trump administration, challenging federal actions on various subjects ranging from immigration law to emission standards. It’s easy to think of such actions as posturing, but the state has had a remarkable record of success in the federal courts. Instead of fighting back, the Biden administration will no doubt agree with California and pull back on Trump-era changes.

The unions that lobbied for the passage of Assembly Bill 5, which banned companies from using independent contractors, are taking that law to other legislatures. The law has been an unmitigated disaster. Instead of making freelance workers permanent employees and providing them with benefits, companies have been slashing jobs. The Legislature exempted one hundred industries from its provisions, but lawmakers remain proud of their “achievement.” Despite its failure, Biden has promised to propose something similar in Congress.

In September, Gov. Newsom even announced, via executive order, a ban on the purchase of new internal-combustion vehicles beginning in 2035. That plan is little more than a publicity stunt — but it’s a reminder that California is playing the long game, and will do as it chooses regardless of what it means for the rest of this supposedly united nation. But now this non-serious proposal has a reasonable chance of becoming federal law.

After my wife and I moved to California from Ohio, we found it odd how unattached Californians seemed to the rest of the country — and how little they knew about other states beyond, perhaps, Nevada. Provincialism is common throughout our country, but California is isolated, with its population centers far from any bordering states. After twenty-two years here, we’ve seen how easy it is to view California as something of its own country.

This is indeed a magnificent state, despite its decades of poor governance. Unfortunately, thanks largely to its high-tax and regulatory policies, California’s once-great infrastructure is crumbling. Its top-notch schools have fallen into mediocrity or worse.

California’s cost of living and anti-business policies drive large numbers of Californians to states where governors spend less time bloviating about being nation states and more time tending to the roads, protecting the business climate, and, say, assuring that mask contracts are competently administered. With Democrats firmly in control in Washington, D.C., however, there may no longer be anyway to run or hide.