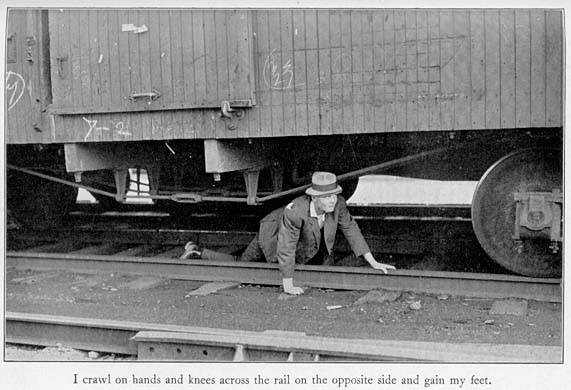 Homelessness is up for the second year in a row. That is no surprise to me. I spent the last few days in New York City where it seems the homeless are as numerous as the tourists. They are everywhere. Not that they are not numerous in our nation’s capital too. I returned to Washington by the train, and there are areas of Union Station that are as populated with homeless people as the nearby shelter. The scenes are appalling. What can be done for these poor wretches?

The homeless have been one of the country’s vexed problems since the 1980s when the left became concerned about them — all the more so to give the Reagan Administration another social problem to be blamed for. But the truth is that the homeless have always been the left’s problem and the left’s clients. In ancient times hobos or skid rows were always there, though they did not embrace men, women, and children, and, come to think about it, there were few people who were dependent on social workers. Is it possible that social workers and their allies in city government created homelessness? It is worth thinking about in an era that is characterized by the lowest unemployment in fifty years and rising wages.

Homelessness occurs mainly in big cities, those glistening jewels of Democratic government. It is in cities like New York and Los Angeles that social workers are gurus and their clients, in this case hopelessly disorganized wretches who cannot provide for themselves, continue to flounder and to increase.

Some 25 percent of the homeless in America today live in just two cities, New York and Los Angeles. Read up on homelessness and within a few paragraphs you will find yourselves confronted by statistics on the lack of affordable rental homes or the lack of affordable homes, or the underfunding of our welfare programs — all to be provided by government. To which I would respond that we have spent over a trillion dollars on welfare since the 1960s when President Lyndon Johnson launched his War on Poverty, and we now have about as many people living under the poverty level as when we began. All that has changed is the amount of money going to the impoverished. Yet the majority of articles I have read on poverty complained that we do not do enough to keep people from becoming homeless.

New York City increased services to the homeless by some $172 million last year, much of it on improved security and living conditions in the city’s shelters. Yet, homelessness in New York increased by 2.8 percent, and, if recent history be our guide, it is going to increase by more next year. Then perhaps the Democrats will increase their spending by another $172 million, possibly by $200 million. That is the way homelessness spending has been going since the days when we used the term hoboes and skid rows to describe what was a minor urban problem. Now it is a major problem, and frankly I do not think spending money on the homeless is the way to cope with the problem.

Homelessness is caused by people living radically disorganized lives. The disorganization is caused by alcohol and drug addiction. It is caused by a multitude of pathologies that are never addressed by the social worker or at least rarely addressed. Ask a social worker, if you can find one who has the time to answer your question. Most are very busy and overworked on problems that are for the most part impossible to solve.

In the meantime, many of the same people who paved the way for homelessness are busy legalizing marijuana and, who knows, maybe cocaine and heroin next? In other words, they are paving the way to make sure that radically disorganized lives become still more disorganized. Moreover, those who are intent on legalizing drugs are paving the way for still more people to participate in the misery of the homeless.

To return to my earlier question, what can be done for those sad souls inhabiting the ranks of the homeless? They are so disorganized they can hardly clothe themselves. Some of the homeless I saw in New York’s Penn Station and here in D.C. seemed to be at death’s door. A blast of arctic weather would just about do them in. Well, the thought occurs that they could be institutionalized, though it takes time to mend our laws and to build facilities for them. We could encourage religious organizations to help, and the Red Cross, and other charitable organizations.

The path to the future is not well lit, but one thing is clear. If urban government continues as it has since the days when the homeless replaced the hobo and skid row, the homeless population will only grow.