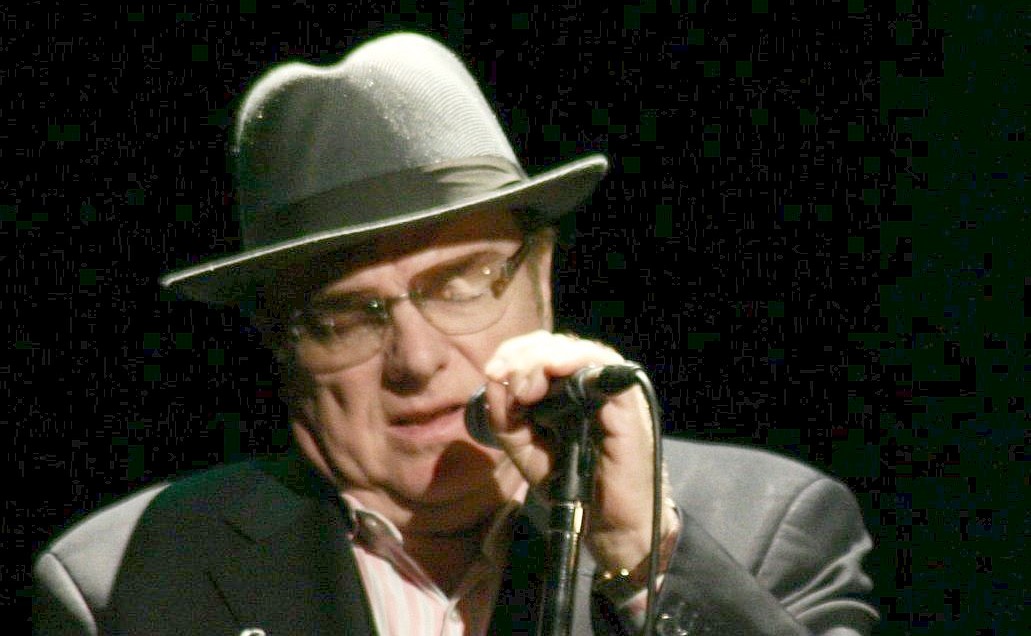 Van Morrison released a Rorschach Test disguised as an album this week in the 28-track Latest Record Project Volume 1.

The critics who regarded him alongside Bob Dylan and Leonard Cohen and Paul Simon now insist that he ranks somewhere beneath Morris Albert but above Fergie.

The Los Angeles Times calls Latest Record Project Volume 1 “conspiratorially cranky.” The Guardian dubs it “tinfoil millinery.” “You will notice I have not posted links to these songs,” announces the author of “Goodbye, Van Morrison” on ReligionNews.com after he references a half-dozen songs by the Irish singer. “There is a reason. I no longer want to support Van Morrison’s work.” The Forward accuses an album that never references Jews in any explicit or implicit way as anti-Semitic because it mindreads-misreads an unstated antecedent to a pronoun and closes its banishment edict/record review with the words “you are hereby and forthwith canceled.”

Morrison anticipated such a reaction — critics bizarrely supporting or opposing music as they do policies — in “They Own the Media.” He sings, “They tell us that ignorance is bliss/ I guess for those that control the media it is/ They own the media, they control the stories we are told/ If you ever try to go against them, you will be ignored.”

Oh, they means them? Sure, and maybe Morrison’s band Them referred to they. Who, really, are the conspiracy theorists?

If conservatives could tolerate Don Henley’s, Roger Waters’s, and Jackson Browne’s sandwich boards and soapboxes masquerading as songs, why can’t progressives give a fair listen to Van Morrison?

The scribes did not quite ignore Morrison the way FM radio suddenly does. But when journalists boast of not linking to his tunes and calling for his cancellation after it happened, the song dismissed as conspiracy theory suddenly sounds more like prophetic wisdom. Of course, it does not take Nostradamus to predict Fourth Estate banishment for a beloved who sings in “Blue Funk” to “stop listening to the mainstream media junk.” Nostrildingus just as easily foretells that fate.

Radicalized, or at least forced out of the conservative closet, by the lockdowns putting performers in the poorhouse, venues deep into the red, and himself without an audience, Morrison last fall released a series of anti-lockdown tracks, including “As I Walked Out,” that aimed to raise money for musicians but instead raised the ire of the woke “Amen” chorus of the state. This Triple LP finds room for none of those standalone tracks in accommodating a wider palate of messages.

“Western Man” (“Western Man has no plan/ ’Cause he became complacent”), “Where Have All the Rebels Gone?” (“It’s not very rock and roll/ Where have all the rebels gone?”), and the Nigel Farage–namedropping “Double Bind” (“Have to police everyone’s mind/ Nowadays you have to be careful of everything you say”) leave no ambiguity about where Morrison stands politically in relation to his detractors.

Not every number comes off as a topical song. An upbeat title track of sorts — yes, “Latest Record Project” opens the album — sounds to listeners without gobs of social justice in their ears as just plain catchy, clever, and comical. “Duper’s Delight,” Morrison’s best song in a long time, plays as a cautionary tale against con artists from a recent divorcé still feeling the sting. “Keep coming back every week,” laments “The Psychoanalyst’s Ball” of a true believer in many-dollars-an-hour Freudian psychology, “for all the answers you seek.” In “Only a Song,” Morrison reminds his so-serious critics: “It’s what I said then just to make it rhyme/ Something’s on my mind at the time.”

While the voices of a few of his peers (Robert Plant comes to mind) have aged well, Morrison’s voice has not aged. The album also showcases one of his subtle talents: surrounding himself with the best players, who here indulge Van the Man’s taste for jazz, blues, classic rock, blue-eyed soul, and even country. And whereas all of his contemporaries choose regurgitation at 75, the Irishman chooses, lyrically at least, reinvention. Leave it to an old man to tell us all about this new world.

If conservatives could tolerate Don Henley’s, Roger Waters’s, and Jackson Browne’s sandwich boards and soapboxes masquerading as songs, why can’t progressives give a fair listen to Van Morrison? It’s not as though the conservative rock song occupies a crowded space. Very much in the tradition of rock-and-roll-has-got-to-go record-smashing disc jockeys of the late 1950s and the mid-1960s Big Beatle Bonfire, Morrison’s antagonists seek to silence the music. This seems an awfully peculiar stance for anyone involved in the arts. But we live in awfully peculiar times.

Like David Mamet, Morrissey, John Lydon, Kanye West, Roger Daltrey, Dave Chappelle, J. K. Rowling, John Cleese, and any other artist who dares, à la all great artists, nonconformism, Morrison finds his creative work derided as horrible by other-directed journalists who follow the crowd. The reviews, in the style of woke narcissism, tell us more about the reviewers than the reviewed. The articles come off as political declarations separating the author who wants in with the in-crowd from this pariah who wants nothing to do with it. They demonstrate corruption in purpose by placing correct politics above musical quality.

But Morrison canceled the critics first. “Is it because I’m good at my job?” he asks in “Jealousy,” the album’s closer. “I don’t go with the mob?/ I don’t do what they want me to do?/ I made it in spite of you?” Here, there, and everywhere, Morrison depicts the media as a pack of jackals sharing a unimind. Like a pack of jackals sharing a unimind, they all viciously attack the bait in unison. Somewhere Van Morrison, having trapped the prey that imagined themselves as his predators, laughs out loud.

Unlike his disparagers, Morrison exudes a sense of humor. “Why are you on Facebook?” he asks in a standout song by that name. “Why do you need those secondhand friends?/ Why do you care who is trending?/ … Get a life that isn’t empty and sad.”

This hits a nerve for some. They all write record reviews.