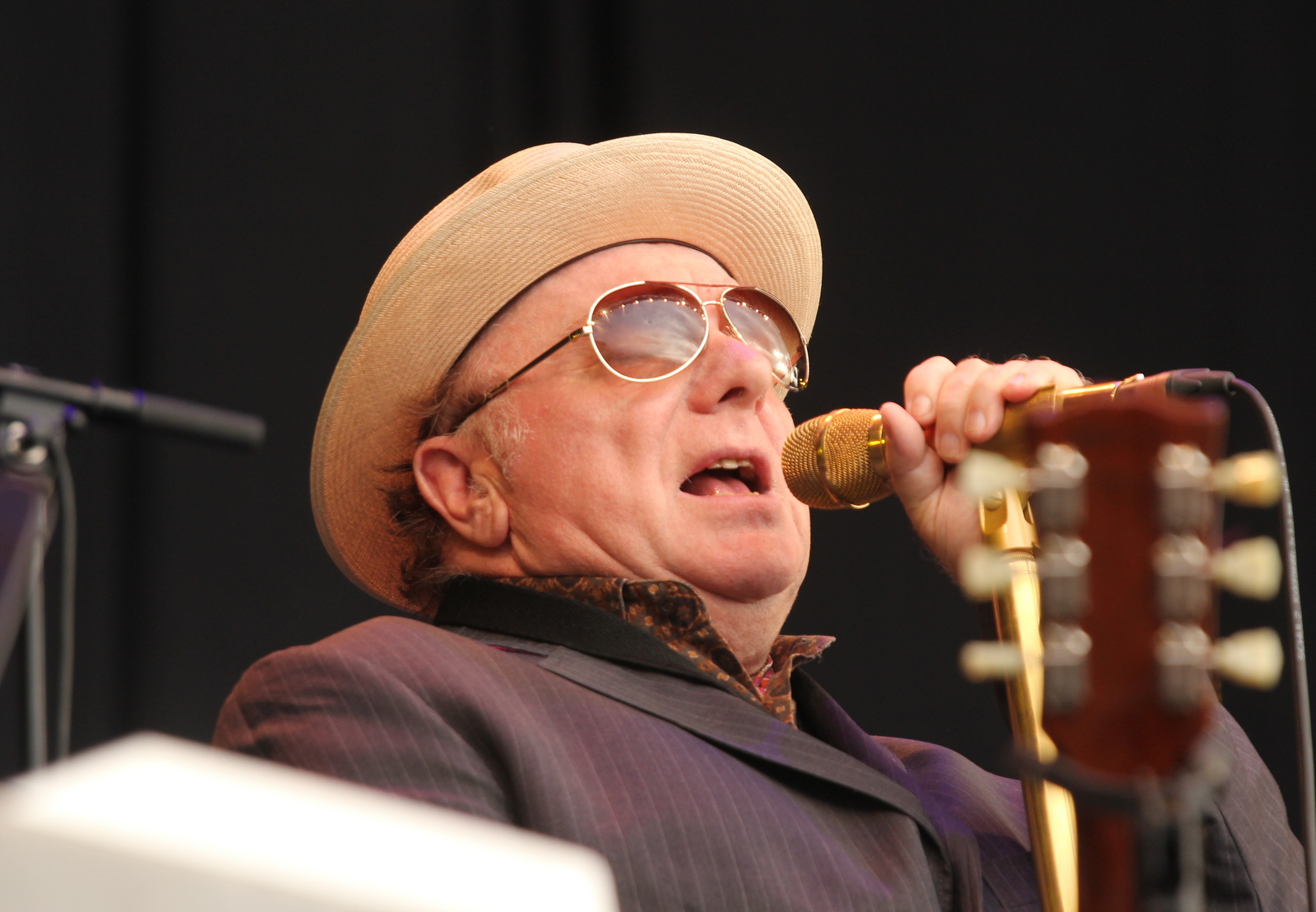 The fourth Van Morrison-penned anti-lockdown song of 2020 debuts today. Eric Clapton performs the 75-year-old’s “Stand and Deliver.” But no matter how many times you demand, “Turn up your radio and let me hear the song,” your local D.J. assuredly refuses your request.

“Is this a sovereign nation?” Clapton sings in the number released today. “Or just a fascist state?”

The three earlier songs, all performed by Morrison, address the lockdowns in terms that dare to venture outside of the slipstream.

In “No More Lockdowns,” he sings, “No more taking of our freedom/ And our God-given rights/ Pretending it’s for our safety/ When it’s really to enslave.” The song “Born to Be Free” warns, “Don’t need the government cramping my style/ Give them an inch, they take a mile.” “As I Walked Out,” the best of the bunch, profoundly asks of government employees and journalists: “Why are they working, and why are we not?”

The songs raise money for the Van Morrison Official Belfast Rhythm and Blues Foundation, a charity distributing $500 hardship grants to musicians in the British Isles kept from working because of government restrictions. For professional musicians (not to mention venue owners), the lockdowns struck as the moment when the leaves came falling down — here comes the night, even. So the money arrives as if not a life-saver, then at least a rent payer. Critics see the philanthropy as misanthropy.

Fans once spray-painted “Clapton is God” and called the songwriter of “Stand and Deliver” Van the Man. Whom they formerly viewed as God and The Man they now regard as lesser beings. Twittericans call Slowhand “a racist piece of $#!+,” Morrison an “a—hole,” and the pair “selfish p—s.” Many on Twitter say one or the other or both never, just like J.K. Rowling, John Cleese, Morrissey, and others daring to declare difference on myriad issues, possessed any talent. A strange epidemic of epiphanies occurred all because Van Morrison decided to take the mob’s advice on using his platform to address injustice.

Some of Morrison’s powerful countrymen and famous industry peers portray him as a dweller on the threshold of crackpotism. Robin Swann, Northern Ireland’s minister of health, labels Morrison’s songs “dangerous.” Debbie Harry described Morrison, a man not known for trashing hotel rooms or overdosing in bathrooms, as “completely mad,” “totally insane,” and guilty of a pattern of “strange behavior.”

Even Variety, the 115-year-old unofficial newsletter of the all-but-shuttered entertainment industry, cannot get on Morrison’s wavelength. An article calls the Clapton collaboration “beyond unconscionable.”

Speaking of “unconscionable,” that seared-on-the-mind question — Why are they working, and why are we not? — provokes others. Do our rights disappear whenever a sickness appears? Is fascism healthier than coronavirus? Did we catch more than COVID from the Chinese? Why do children in Milwaukee, Portland, and Boston still learn remotely when not one school-age child has died of COVID-19 in Wisconsin, Oregon, or Massachusetts? When did a single executive’s whim rather than the elected representatives of the people’s will become law deserving obedience? And what does Madame George think of all this?

In various times and places within the 2020 twilight zone, governments not only morphed from democracy to dictatorship but outlawed traditional means of redressing grievance. They made (some) protests verboten and regarded even praying our problems away at church an offense against the state. Our rights became crimes.

But for our knight in armor bent on chivalry, singing remains a legal and listened to form of protest.

“I’m not telling people what to do or think,” Morrison noted in a statement, “the government is doing a great job of that already. It’s about freedom of choice, I believe people should have the right to think for themselves.”