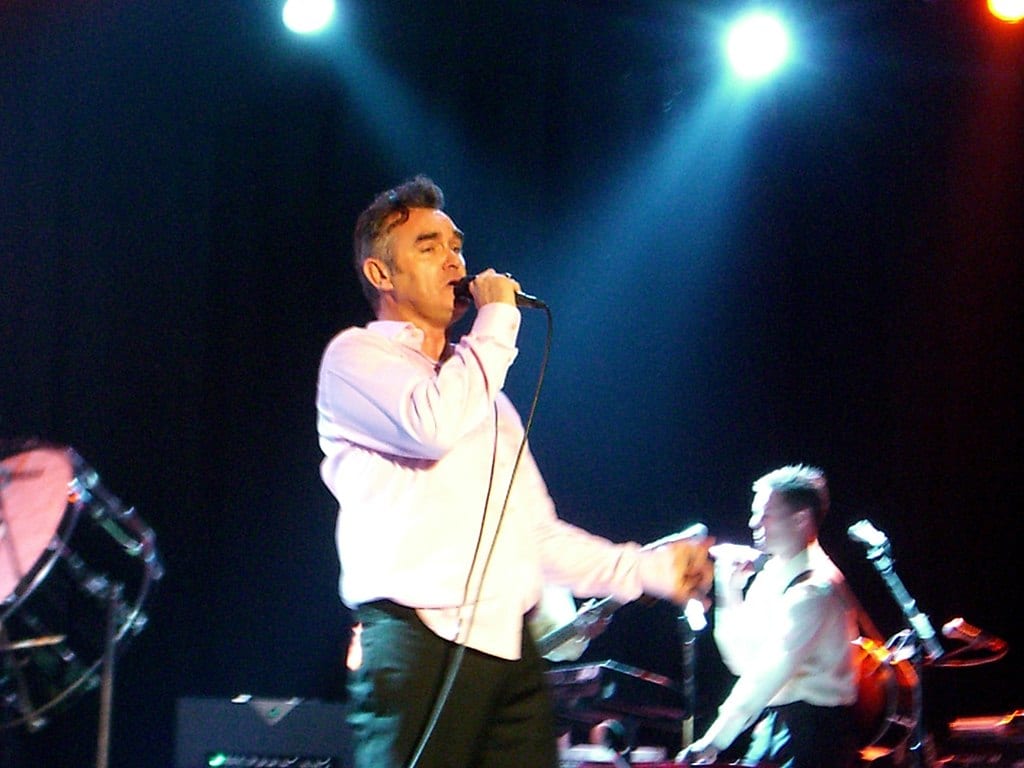 When Morrissey wrote songs such as “Margaret on the Guillotine” and “Meat Is Murder,” the music press adored him. Now that he supports Brexit, calls the “racist” tag a way of tapping out on a debate, and laments London becoming Londonistan, the critics not only criticize — they want to press the mute button for the benefit of us all.

The former Smiths singer posted an interview on his website that outraged the perpetually outraged. Here are a few of the prime cuts:

• “Accused is the correct word! It isn’t possible to be congratulated for supporting Brexit, is it? That should tell you all you need to know about the outstanding lack of neutrality within the British press. It’s all a pointless argument anyway because, as you’ve surely noticed, Brexit did not happen. The EU wouldn’t allow it to happen. It is now a dead issue.”

• “London is second only to Bangladesh for acid attacks. All of the attacks are non-white, and so they cannot be truthfully addressed by the British government or the Met Police or the BBC because of political correctness. What this means is that the perpetrator is considered to be as much of a victim as the actual victim. We live in the Age of Atrocity.”

• “And as far as racism goes, the modern Loony Left seem to forget that Hitler was Left wing! But of course, we are all called racist now, and the word is actually meaningless. It’s just a way of changing the subject. When someone calls you racist, what they are saying is ‘hmm, you actually have a point, and I don’t know how to answer it, so perhaps if I distract you by calling you a bigot we’ll both forget how enlightened your comment was.’”

Over a quarter-century ago, Morrissey proclaimed “London is dead.” So, his recent remarks should not come as a surprise. Such songs as “Bengali in Platforms” certainly hinted at his thoughts about unfettered immigration. And if any of the Twittericans denouncing Morrissey think he cares that they have switched their allegiance to Robert Smith, they should listen to “The World Is Full of Bores,” “I’m Okay by Myself,” or “I’m Not Sorry” — or at least ponder the titles. “Irish blood, English heart I am made of/There is no one on Earth I’m afraid of.” One guesses that those he does not fear include people hiding behind anonymous online handles.

Morrissey owns some complex views. He despises the monarchy but loves England. The thoroughly English son of Irish parents criticizes immigration despite living as one for long periods in the U.S., where Mexican-Americans arguably constitute the most passionate part of his fan base. Of course, “Piccadilly Palare,” “This Charming Man,” and “Hairdresser on Fire” represent a few of the most overtly gay songs of the 1980s. Yet, the author of those lyrics embraced the term “asexual” and described himself as celibate. The Mancunian hails from a working-class background but comes across as an elitist. He bashes Labour, the Conservative Party, and pretty much everyone else with a political program as he cops to not voting, which strikes some as a contradiction and others as perfectly consistent.

But, really, who cares about the artist more than his art or about his views delivered in conversation over his view delivered in song?

He writes beautiful lyrics about praying for a nuclear bomb, dying by way of a double-decker bus, and asking a doctor “do you really think she’ll pull through” about his girlfriend in a coma. Criticize him for being a sad sack. Lament his refusal to reunite The Smiths. But slam him for embracing different political views at the risk of slamming everyone on the planet — everyone disagrees with someone else on something. Do his views on Brexit suddenly make “Cemetry Gates” unlistenable? The kind of intolerance that answers this affirmatively does not hurt Morrissey. It hurts the listener with a litmus test.

I skipped school to buy Viva Hate at Harvard Square’s Newbury Comics in junior high knowing that he sang a song about executing Margaret Thatcher. Can folks on the Left still sing his songs knowing that he mocks their heroes and causes, too?

“Morrissey should die so that i can continue listening to the smiths without risk of him saying something even worse,” one former fan tweets. “I will literally only listen to his music on unofficial YouTube channels to avoid giving him cash,” another announces. “If only morrissey had kicked the bucket in like 87 so i could listen to the smiths without my morality telling me I’m an arsehole,” laments a former fan. Another resolves his moral quandary thusly: “I’ve decided that I will continue to listen to the Smiths/Morrissey music that I’ve loved for…forever. But I will never again purchase anything that he releases.”

Morrissey does not care about your opinions about his opinions.