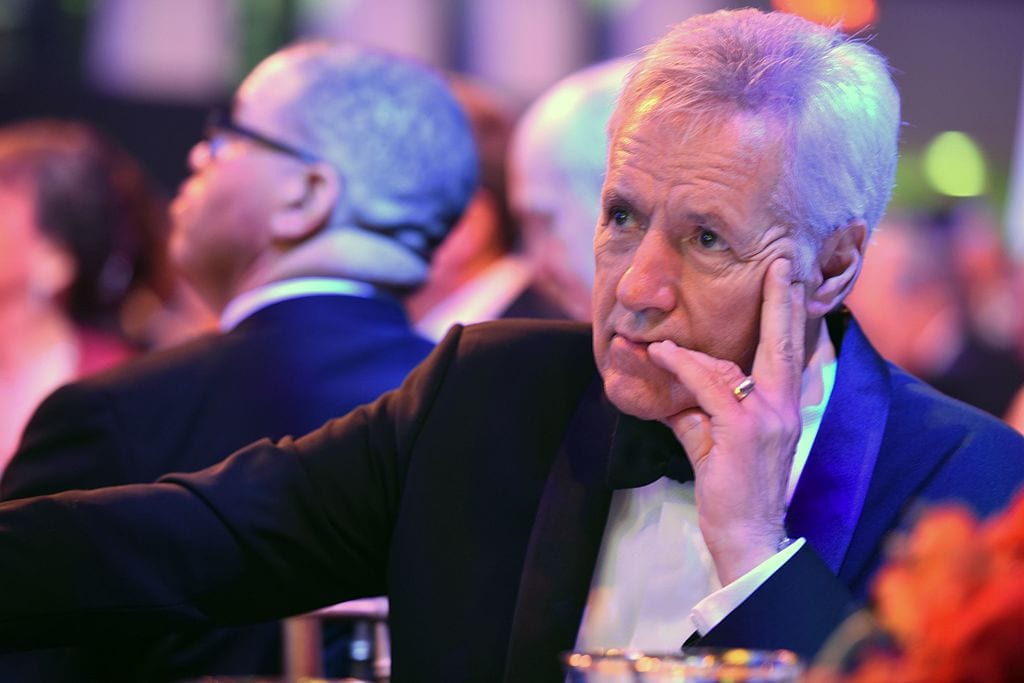 An idiotic day. I went up to my favorite Italian restaurant, The Rainbow, on Sunset Strip, to get some take out lasagna. As I waited, a young woman I know very slightly came up to me and gave me a big hug. That was kind of her, but unfortunately she was wearing some kind of huge metal decoration in her hair. As she embraced me, the device punched me in my temple. It hurt and I have been fighting a headache all day since then.

It was as if she had a broadsword in her hair and it hurt that much. So, I imagine.

Then, a dismaying conversation with a genius pal who says there is a major campaign going on to kick my favorite Fox News Anchor, Tucker Carlson, off the air. This is insane. Tucker is the smartest, most articulate man on Fox News. He gets to the heart of every hypocrisy, lie, and trick of the left in lightning speed. He cuts up his leftist guests like a chef fileting a Branzino. There is no one sharper on the tube.

So naturally, the left is out to get him and kill his career. If they succeed it would be a tragedy for Fox, for Trump, for America, and for just plain truth. Tucker has never had me as a guest so I’m not repaying a publicity favor. Tucker is just great and should be on Fox as long as there is a Fox. I pray he will be.

Speaking of television, in the years 1995-2000, roughly, my co-host, Jimmy Kimmel, and I made about 860 episodes of a quiz show eponymously called “Win Ben Stein’s Money.” Jimmy was a hilariously smart interlocutor and my job was to answer incredibly difficult questions in a fraction of a second. I was never given the answers and if I lost, my salary was docked.

For every year we were on except for one, we were nominated for an Emmy for best quiz show, best writing, best hosting. The first year of the awards, at a hotel in midtown New York, I sat right behind the legendary Alex Trebek, very long-time host, superstar host of “Jeopardy.” I smiled at him and said to him as he took his seat, “Watch out. Here’s your competition.”

Mr. Trebek sneered at me as if I were a homeless person and said, “You’re not competition,” in a tone of voice I would not use to a stray dog.

As fate would have it, we didn’t win that year. But we did win the next year and all told, we won either six or seven Emmys. I’ve forgotten how many. I always thought it was mean-spirited of Mr. Trebek to act as if he knew so much. He had the answers written down for him! His job was one-millionth as hard as mine. He didn’t need to condescend to me and Jimmy.

But guess what? A lot of time has passed and I have gotten to be Alex Trebek’s biggest fan. I almost never miss “Jeopardy” and while many of the questions are child’s play for me, some are extremely difficult and Mr. Trebek asks them in a genuinely kind and sympathetic tone and manages to come across as deeply likable and simpatico. “Jeopardy” and Jimmy Kimmel and Tucker are my only appointment viewing. I prefer “Jeopardy” and Alex Trebek to just about anything that’s ever been on the air and so I feel truly heartsick over the news that Mr. Trebek is extremely ill. I have long since relegated my first contretemps with him to just a bad joke. I’m his greatest admirer now and I hope and pray that he beats this thing and that I can watch him for the rest of my life. God bless you, Alex Trebek, you’re a star. You are a very good use of my evening.