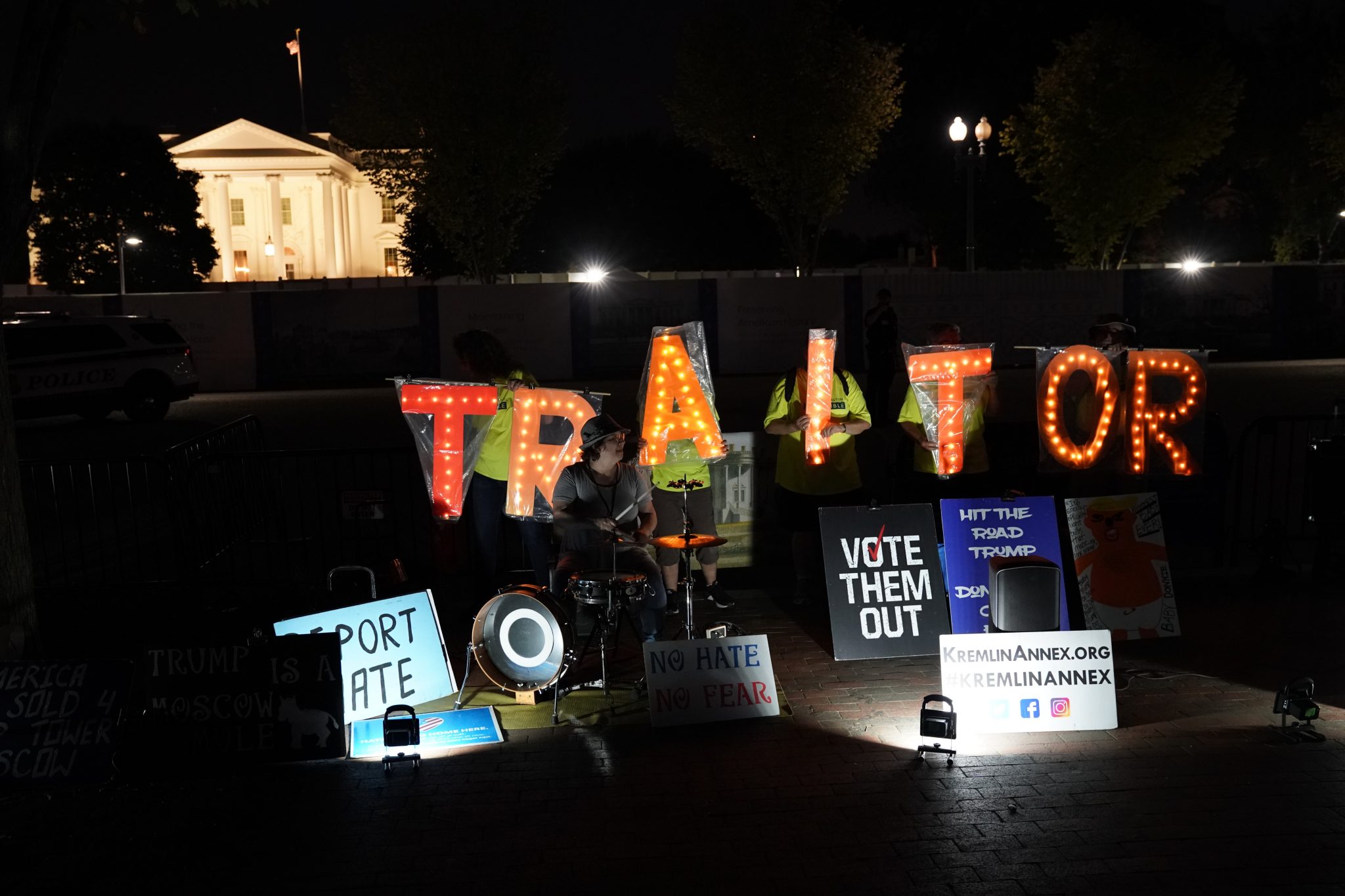 Thanksgiving is going to be ugly this year. There’s a real chance the public won’t know who won the White House weeks after Election Day, and rather than feeling grateful, leaders in both parties are peddling grievances nonstop. Before the voting has begun, Americans have been told not to trust the outcome.

And the worst offenders are the people who think they believe in the process just as they prepare to tear the country apart if they lose.

A bipartisan group of 100 or so left-wing luminaries, institutional graybeards, and never-Trumpers came together to work on what they named the Transition Integrity Project, their response to their conviction that President Donald Trump will contest the result “by both legal and extra-legal means.”

The group claims to take no position on how Americans should vote — as if the word “transition” isn’t a giveaway. Self-awareness is not a requirement with this group. And integrity is optional.

Monday, the group released a report with a game plan on how the presidential campaigns, a compliant media, and government officials could react to four likely election scenarios.

Of course, one of the outcomes was a 2016 repeat — with Trump winning the electoral college and former Vice President Joe Biden winning the popular vote.

And this is what the folks who ostensibly care about the country suggested: Team Biden could push key blue states to threaten to secede from the nation unless congressional Republicans agree to make Washington, D.C., and Puerto Rico states, divide California into five states, require Supreme Court justices to retire at 70, and eliminate the Electoral College — because the U.S. Constitution is toilet paper to them.

A threat of civil war. What could go wrong?

The 22-page report informed readers that “the concept of ‘election night’ is no longer accurate and indeed is dangerous.”

To the authors “violence on the streets” is a problem. Not because antifa and Black Lives Matter protesters have enabled anarchists to torch American cities. The report warns that Trump’s people “have every incentive to try to turn peaceful pro-Biden (or anti-Trump) protests violent in order to generate evidence that a Democratic victory is tantamount to ‘mob rule.’ ”

As the election looms, the report warns of the authoritarian Trump’s “ability to launch investigations into opponents; and his ability to use Department of Justice and/or the intelligence agencies to cast doubt on election results or discredit his opponents.” Also, the Trump administration also could leak classified documents and fuel “manufactured rumors.”

Which sounds an awful lot like the Russian probe, with salacious gossip in a so-called dossier, launched under President Barack Obama. How do they not see that?

I won’t name the Transition Integrity Project’s participants, though their names have been made public. Suffice it to say that you’ve seen them lecturing Americans on cable TV against Trump’s reckless rhetoric and his inability to see that the White House belongs not to him but to the people.

When Trump talked about addressing the Republican National Convention from the White House, they had fits. And rightly so.

The group’s report notes that Trump told Fox News’ Chris Wallace that he might not accept the results of the election and that voting by mail “is going to rig the election.” That July interview was used as justification for their June “matrix games” on what to do when the election results are in. They fear that Trump will be a poor loser as they contend they can wring concessions if he wins.

But really, it’s pretty clear that to get Team Biden to subvert norms, all Trump has to do is win.