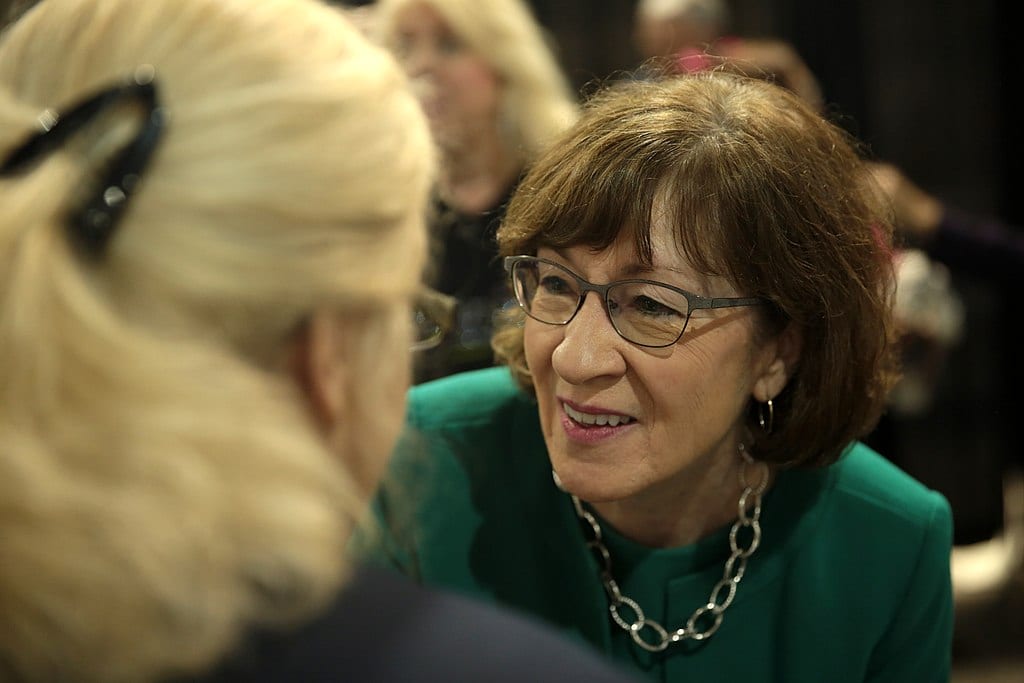 The Lincoln Project is a group of self-described alienated Republicans who want to make sure President Donald Trump loses in November.

Toward that end, the group has endorsed former Vice President Joe Biden for president.

Led by notables such as George Conway, who obsessively berates the boss of his wife, Kellyanne, on Twitter, as well as one-time GOP heavyweights Steve Schmidt and John Weaver, the group claims its goal is to reclaim the soul of the Republican Party.

That is impossible to believe, because they’re working not only to oust Trump but also to hand the Senate over to Democrats. If they succeed, the Democratic Party would control the White House and both houses of Congress. Every conservative policy they’ve allegedly worked to make happen would be trampled in a remorseless stampede of liberal activism.

They claim they are being true to the Constitution — as they clear the way for judges who see the indispensable document as the fruit of the poisonous tree.

In a December New York Times opinion piece, Lincoln founders wrote that they would punish Republicans who have exhibited a “craven acquiescence” to Trump.

Then whom do they pick on? Not the folks who wouldn’t care if Trump shot someone on Fifth Avenue.

The Lincoln Project has targeted vulnerable Republican senators like Maine’s Susan Collins. In a $1 million ad campaign, the group charges Collins “never stands up to Trump” and dismisses her as a “Trump stooge.” The male narrator also warned that Trump and McConnell “controlled her voice.”

Be it noted, Collins publicly announced in 2016 she would not vote for her party’s nominee. As she wrote in the Washington Post, Collins could not countenance the GOP nominee’s remarks about the disabled, a judge of Mexican heritage, and his disparaging of two Gold Star Muslim parents.

As proof, the ad offers Collins’ record of voting with Trump and McConnell 67.5 percent of the time — which in this hyper-partisan age shows unusual independence. By that FiveThirtyEight metric, Collins voted with GOP leadership less than any other Republican in the Senate.

In 2017, the Lugar Center named Collins the most bipartisan lawmaker in the Senate — because she works with people who have won elections.

Did I mention that the group raised $16.8 million from April through June — and a big chunk of that pile came from billionaire Democratic donors?

But you already figured that out.

The Center describes the Lincoln Project as a “liberal” super PAC.

Some of that money, the Center noted, has found its way into the coffers of its “board members and firms run by them.”

I talked to Lincoln Project co-founder Mike Madrid, who told me, “I have not received any compensation at this point.” He added, “If I wanted to make money, I would have gotten involved in the grift that is the Trump campaign and Trump operation.”

A veteran GOP operative with an expertise in Latino voting trends, Madrid told me before he is a Republican, he is a conservative, and an American.

He is not coy about his belief that Trump is a racist who should have been impeached. Trump’s Thursday tweet in which he floated the idea delaying the Nov. 3 election should settle that score, he said.

Thus, the Lincoln Project has waged war, not just on Trump, but also “Trumpism,” which is a “threat to the Republic,” hence the decision to go after those who are enablers.

Collins did not vote to impeach Trump, Madrid said. So she has to go. If the Democrats take the Senate, so be it. He’s being true to his conservative principles.

There is a true French Revolution fervor to the Lincoln Project’s bid to punish not just Trump but those associated with him — and there is no such thing as too much character assassination.

The group also popped out a nasty ad about Ivanka Trump, the president’s elder daughter and senior adviser that lampoons her “Find Something New” campaign, which helps workers find more fulfilling career paths outside the traditional four-year college route.

“You can even get a job in the White House. Just ask daddy,” the bubbly Valley Girl narrator offers.

They don’t mention Ivanka Trump doesn’t cash a paycheck. Really, it’s just plain mean that they have attacked her for trying to help non-college graduates, a wonky issue that she has embraced, adopting wonk lingo, using “partner” as a verb and spending way too much time with put-a-mirror-under-his-nose-to-see-if-he’s-alive Commerce Secretary Wilbur Ross because she cares about this agenda.

The ad is a primal scream of outrage that Ivanka Trump isn’t the shallow fashionista they want her to be.

The streets have given testament to rage on the American Left. Social media are the venue for rage among the American Right. Here you see the fury of the GOP’s no-longer-wanted luminaries. They say they love the country. They say they’re going after bad Republicans because they love their party. Yeah, right. Women know that kind of love. It’s the kind that drives a man to his nightstand where he thinks he will find the answer to his pain. And when he points that barrel at his wife, he’ll call it love. But what he is thinking is: If I can’t have you, nobody can.