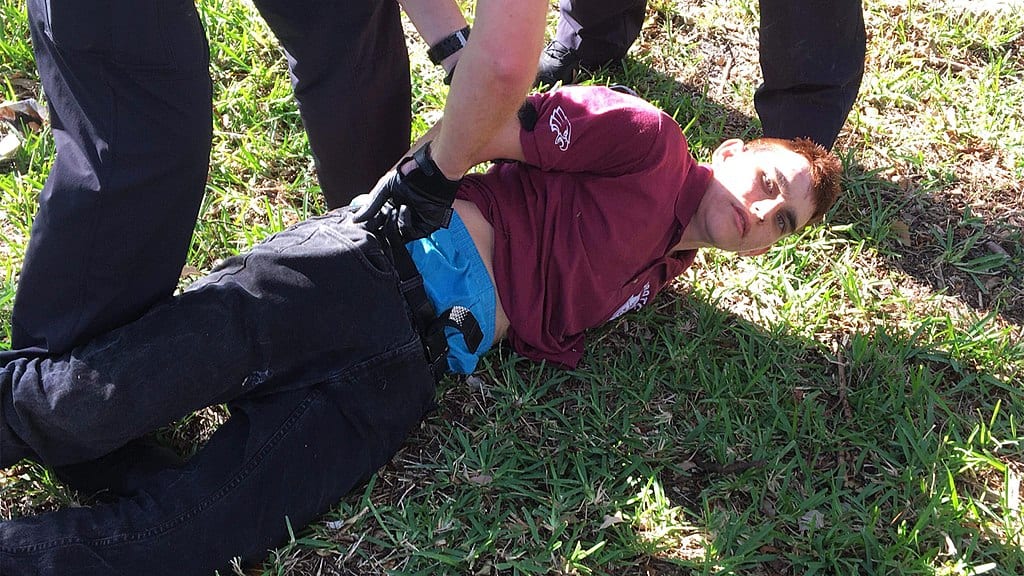 After watching the horrific events unfold last week at the Marjory Stoneman Douglas High School in Parkland, Florida — and seeing that it was a former student, a young man named Nikolas Cruz, who perpetrated the massacre — can anyone honestly argue that Western civilization is not in decline?

Nikolas Cruz, age 19, was a young man who had no male role model in his life. Whatever underlying mental illness he had, it is dangerous to ignore the fact that Cruz, like so many young American men today, lacked positive male role models. This is important because, until the rise of modern Feminism, virtues that were considered decidedly masculine, such as “fatherly instinct, loyalty, fraternity and camaraderie, constancy, courage, chivalry, patriotism, protector, laborer, and responsibility” were highly valued by society. Thus, men — and the need for positive male role models — were cherished. Unfortunately, we do not live in a society that believes men can or should be the exclusive proprietors of these virtues or a society that wants these virtues to be distilled at all.

Just look at how society has reacted since the terrible Marjory Stoneman Douglas High School mass shooting last week. The Left’s anti-gun and pernicious “toxic masculinity” agendas have fused, and become a widely popular belief. But, neither guns nor masculinity were the cause of Parkland high school shooting. In fact, it was the lack of masculinity — or the toxicity of what modern American Liberalism defines as worthwhile male behavior today — that spurred Nikolas Cruz on in his dastardly deeds last week.

What kind of man does society value?

Well, for starters, men are not really valued by society the way they used to be. The loss of manufacturing and the shift to service-sector jobs has played a role in that. Also, the rise of school curricula that favors girls over boys has contributed to not only the diminishment of men, but likely also to the disproportionate numbers of women opting to go to college (and graduating) compared to their male counterparts. So, too, has the diminishment of community, thanks to the internet and the insane schedules in peoples’ lives today that very often leaves them isolated and alone.

We mustn’t forget that Pop Culture very often portrays men as sex-crazed maniacs, to be hated and feared. Or, in the case of popular family situation comedies, the fathers are portrayed as dunderheads to be pitied and constantly one-upped by their chirping children and nagging wives. Of course, there is always rap culture, excessively violent video games, and films, to further warp a young man’s mind.

Meanwhile, the people who are celebrated as “good men” are serial philanderers, like Bill Clinton, or sexual psychopaths, like Harvey Weinstein (until recently, when Hollywood somehow found a conscience, of course). In some cases, the men being celebrated aren’t men at all! The men around Nikolas Cruz were either gone, lacking in any masculine virtue, or were simply as lost as he was. Responsibility cannot be learned under such circumstances.

And what of the need for society to fill its young people — particularly its boys — with a strong sense of stability? Ours is a society obsessed with rampant consumerism; there is no stability, as we are always looking for the next best thing. Historically, Americans were reared in a strong culture of community, fraternity, and patriotism, all of which were undergirded by Judeo-Christian beliefs. But, the American Left has removed the importance that Judeo-Christian beliefs played and modernity has stripped Americans of their sense of community. As noted above, also, the perpetual assault on masculinity has deprived young men of their feeling of fraternity. Yet, we are all social animals. Men may lead lives of quiet desperation, but rarely have they done so alone. Until today.

In today’s society, entitlement, selfishness, and passing blame have become the norm. Take, for example, the way our law enforcement has handled the aftermath of the Marjory Stoneman Louis school shooting. Rather than concede that they failed in protecting Parkland from Nikolas Cruz, who was known to law enforcement for some time, the FBI said they didn’t have the legal authority to go after Cruz for his threatening comments online. Meanwhile, local police demanded that they be given greater surveillance powers to monitor Americans on the internet. Unbelievable!

Then there is society’s general failure to acknowledge something that all Westerners (until 1968) once knew: there are bad people out there who will commit evil. This offends the utopian sensibilities of America’s Fabian political elite, but it is an unfortunate fact of life that will not change. Instead of simply accepting this truth, the Left-leaning political class blames guns, attacks its political opponents, and makes the situation worse. If the Left manages to get guns banned, what will stop the next mass knife attack? Maybe next it will target social media entirely and deprive us of our First Amendment rights?

Perhaps the heroic congressional Republicans will swoop in and change the laws to make involuntary commitment to psychiatric facilities a much easier process. Is that what you really want, Mitch McConnell determining who is crazy and who isn’t? Or Nancy Pelosi for that matter?

The reason that the laws surrounding involuntary commitment were relaxed in the 1970s was partly out of a concern that many Americans were being subjected to involuntary commitment who should not have been. Also, several states (such as Florida) do have laws allowing for law enforcement to involuntarily commit someone for psychiatric examination. In Florida, this is known colloquially as the “Baker Act.” Given the fact that Cruz was on the proverbial radar of both the FBI and local law enforcement for violent statements and acts, could no one in law enforcement Baker Act young Nikolas Cruz?

For America to survive, it needs an accountable and responsible citizenry (and government). We cannot be free under any other circumstance. Free societies tend to be the most prosperous. The more erosion of responsibility we endure as citizens, the more powerful the state will become, and the less free we will all be (and therefore, we’ll be less prosperous and less safe). Unlike modern Liberals, the Founding Fathers firmly believed that the American people were responsible enough to possess firearms, which is why they enshrined that belief in the Second Amendment of the Constitution. The Left blames guns and wants to take them from ordinary citizens because the Left wants to diminish personal responsibility, knowing full well that the act will erode your liberty. Since responsibility has historically been associated with masculinity, classic masculinity itself has been deemed “toxic,” and our young men are told to abandon those virtues in favor of… something… anything else. This is not tenable.

Until we rid the country of toxic Liberalism, our society will continue churning out more young men like Nikolas Cruz, and America’s inexorable decline will become terminal.