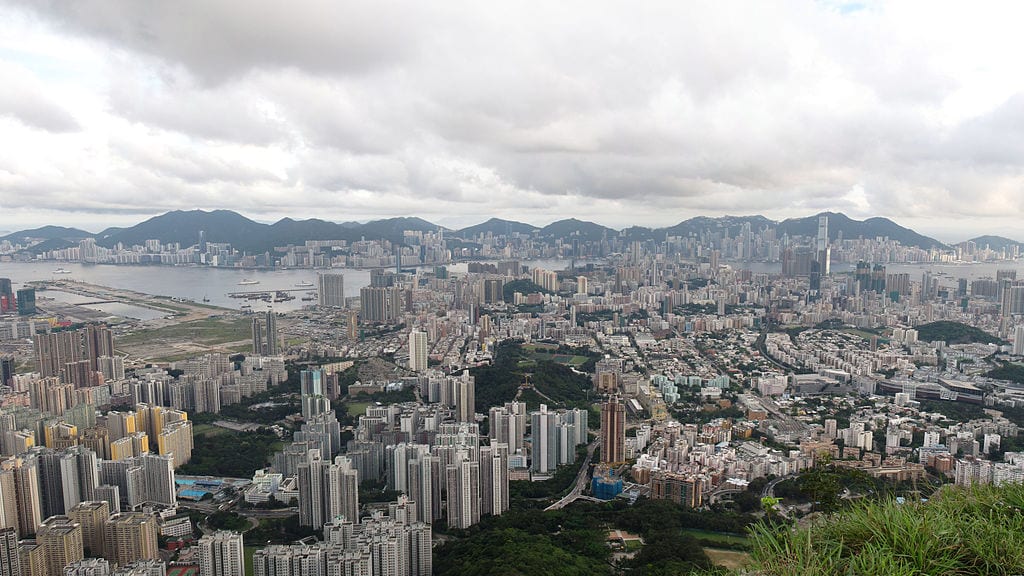 Culturally speaking, America is a wreck. Today, the United States has lost its unquestioned dominance over the world. America remains the first power among equals, but America’s once-considerable lead is essentially gone. The beginning of the end of American dominance occurred during our cultural revolution in the 1960s. Thanks to the Left’s “long-march through the institutions” of America, most Americans have lost their identity — and it shows in declining fertility, literacy, numeracy, and economic growth rates, just to name a few negative trends.

Compare this to China. Chinese children are educated from a young age to respect their elders and they are encouraged to study hard — focusing on subjects that will bear economic prosperity when they are adults. They are also inculcated in a deep — almost perverse — nationalism.

In China, an economic miracle has taken shape in the last 30 years: 600 million people have moved from the impoverished countryside of China into the cities, where they have become members of a vibrant (and growing) modern, middle class. Chinese educational achievements are incredible, and the Chinese government has invested heavily into industries that will dominate the global knowledge economy.

The Chinese know who they are as a people, which allows them to focus on what they need for their future. When the Cold War ended and the Soviet Union collapsed, China had already moved away from the Marxist principles which its political system was founded upon. Mao Zedong’s successor, Deng Xiaoping, enacted the first free market reforms, which sent China on its current, meteoric rise. China was embracing free markets at precisely the same time the United States was abandoning them.

Of course, the Chinese political system still retains the trappings of the old Communist Party, but it has moved beyond pure Communism. In many respects, China has merely returned to its historical norm of being a Confucian society — a highly centralized political system that is fiercely nationalistic, prizes educational attainment, and highly values trade. The Chinese have remembered who they were and have risen to great heights geopolitically because of this.

In the United States, our children are reared in a culture of disrespect and educational mediocrity. They are taught in permissive environments and encouraged to devalue traditional bourgeois values, as well as capitalism. Is it any surprise that 53 percent of my fellow Millennials believe in socialism?

America used to value hard work, moral certitude, masculinity, and family (the basis of community). These values were deeply rooted in our country’s founding documents and civic culture. All of American history — from the colonial period until the 1960s — is reflective of these values. Such beliefs formed the basis for the culture that ultimately took us to the moon and back.

Now, American culture — like most of Western civilization — is tired.

Decades of globalization, multiculturalism, open borders, and moral relativism have gutted America of its moral center. Unlike the Chinese, Americans do not know who they are anymore. A culture that does not know what it stands for ultimately falls, which is precisely what’s happening in the United States.

As the culture rots, so too does everything else. For instance, American education is in severe decline. The reverse is true in China today — and that has direct impacts of how dominant our country will be in the future.

Sure, America’s GDP growth for 2017 was 2.5 percent and the stock market has reached record highs, but real unemployment is 8 percent. While I applaud the Trump Administration’s handling of the economy thus far, it is not enough for the long-term health of the country. Addressing symptoms like literacy or unemployment rates without addressing the systemic cultural problems is akin to merely managing the symptoms of cancer as opposed to treating the disease itself. The cure for the cultural rot imposed upon the country by the Left is in the reintroduction of bourgeois values, by re-teaching proper civic education, and allowing our kids to fail — and to learn from those failures.

The future belongs to the culture that wants it more. After a “century of humiliation” at the hands of the West, according to Chinese propaganda, the Chinese want to win. America needs to return to its roots through a cultural counterrevolution. Otherwise, the United States will continue our listless drift into the dustbin of history.

Brandon J. Weichert is a contributing editor at American Greatness and the founder of The Weichert Report: A World News Website. He is also a fellow at the Eurasian Research and Analysis Institute. Brandon is currently working on his doctorate in Statecraft and National Security at the Institute of World Politics in Washington, D.C.