by Scott McKay
Chairman of the Joint Chiefs of Staff Army Gen. Mark A. Milley briefs the media at the Pentagon, Washington D.C. on December 20, 2019. (DoD photo by Marine Sgt. Warren Smith) 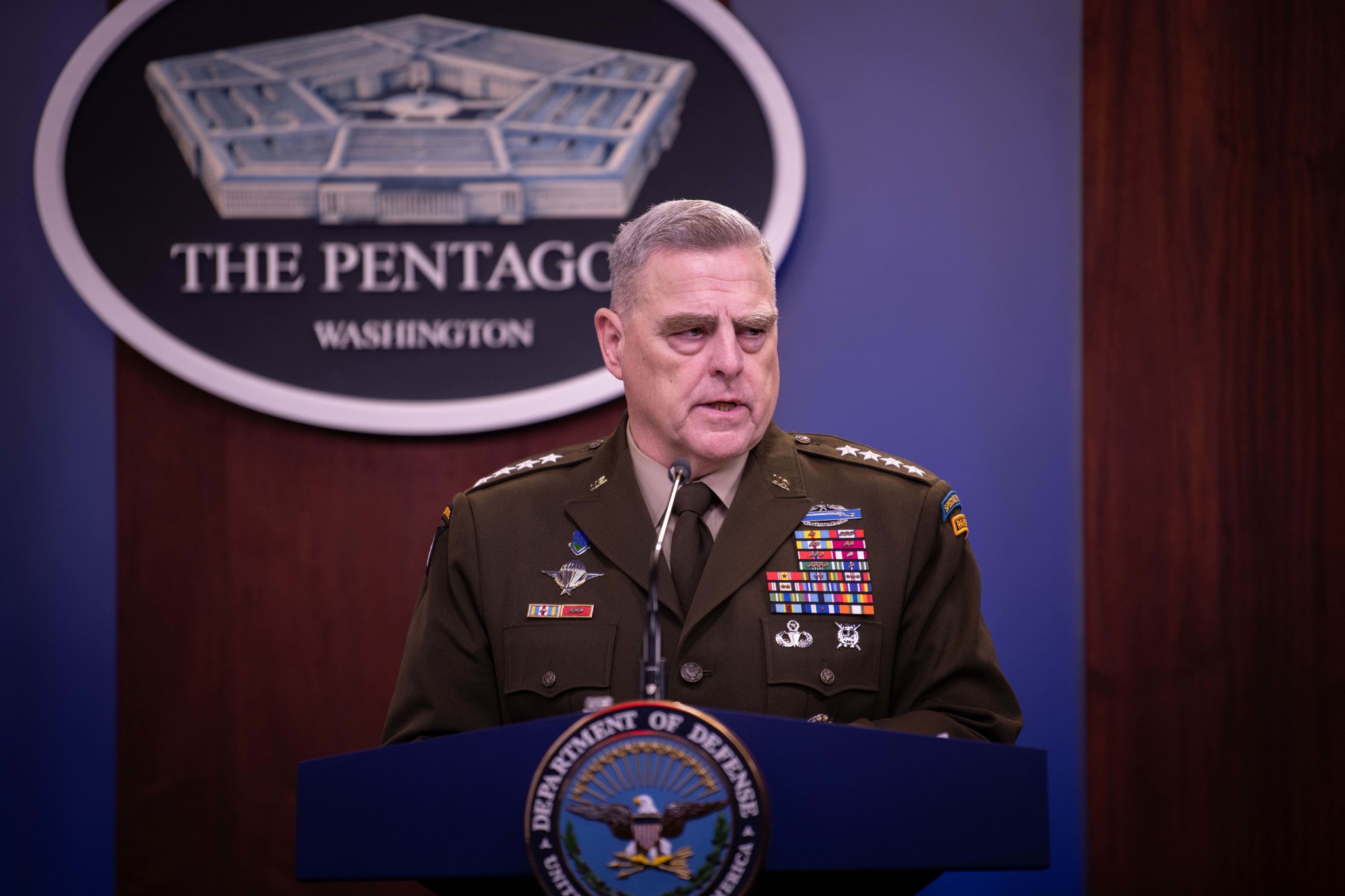 I’ve spent most of the past few weeks writing columns here at The American Spectator which are exercises in bomb-throwing at the various villains and dunces who populate our government at its highest levels. A few months back, I wrote an entry in this space which stated that “We Are Governed by People Who Suck,” and more often than not, I find myself applying that rule successfully to member after member of our ruling class.

It’s tiring and a bit depressing. Again and again there is evidence that we aren’t a constitutional republic at all but a kakistocracy, a beleaguered nation ruled by its most ruthless, clueless, classless, and worthless. It’s painful, because this isn’t our tradition and it’s not what made us. Something has gone wrong, and we’ve got to find out where and when it happened and reset to a time before then to fix it.

Which is why I keep coming back to the need to embrace revivalism rather than conservatism. And I wanted this column to be another foray into that subject.

But I can’t do that, because I have to throw more bombs, and I have to talk about the People Who Suck problem.

There may be no more sucktastic human being in a position of power in America today than Mark Milley. Yes, I know that’s saying something, because that list includes Gavin Newsom, Bill de Blasio, Mark Zuckerberg, Lori Lightfoot, Nancy Pelosi, Antony Blinken, and Joe Biden.

And Liz Cheney, for crying out loud. Not to mention Kathleen Kennedy, who apparently has the power and bad judgement to give Indiana Jones a sex change and try to make the American people stomach it.

Milley, who chairs the Joint Chiefs of Staff, is worse than all of them, and worse than that, the mindless goons who populate the legacy media newsrooms are lauding him for his misdeeds.

Surely by now you’re aware of what’s in this forthcoming book that Bob Woodward and Robert Costa of the Washington Post are flogging this week. In it, Milley is said to congratulate himself for having done a few things which look an awful lot like malfeasance if not treason. Each of them in themselves are awfully close to hanging offenses; taken together, it’s pitchforks-and-torches, tar-and-feathers time.

First, Milley’s willie got out of joint because he’d been with Trump as the president took a stroll across Lafayette Park to visit a church the BLM rioters tried to burn down. According to the book, he’s quoted as saying, “we’re not going to turn our guns on the American people and we’re not going to have a ‘Wag the Dog’ scenario overseas.”

Then there was the phone call. Apparently, if the book is to be believed, Milley told his Chinese counterpart Li Zuocheng in October of last year that he would be serving as an intelligence asset for the latter.

“General Li, I want to assure you that the American government is stable and everything is going to be okay,” Milley told the head of the People’s Liberation Army. “We are not going to attack or conduct any kinetic operations against you.”

It got worse, according to Woodward and Costa.

“General Li, you and I have known each other for now five years. If we’re going to attack, I’m going to call you ahead of time,” Milley told Li. “It’s not going to be a surprise.”

Mark Milley was not the secretary of state. Mike Pompeo had that job at the time. Pompeo was in relatively constant communication with the Chinese. So you can’t excuse what Milley did as an exercise in diplomacy; that’s not his lane.

Nor is Mark Milley in a position to determine American military posture. We put elected civilians in charge of the military to do that, and at the time, Donald Trump was the president and Milley’s commander-in-chief.

Perhaps Woodward and Costa are overselling this and Milley was only relaying information the president had provided to him to give the Chinese.

And perhaps the moon is made of camembert.

That explanation won’t fly, because according to Woodward and Costa, Milley never relayed that conversation with the Chinese army general to Trump.

And also because of what Milley did on January 8.

According to the book, he called General Li back to reassure the Chinese that American deterrence was off the table. “We are 100 percent steady. Everything’s fine. But democracy can be sloppy sometimes,” he said.

And just to prove it, Milley had the Pentagon’s Indo-Pacific Command cancel military exercises the ChiComs didn’t like.

He wasn’t finished. Milley proceeded to tell his top staff that if Trump were to order offensive military action, that they weren’t to follow those orders without informing Milley first.

And he called Pelosi, who proceeded to screech that Trump was crazy and that the January 6 protest proved it. “I agree with you on everything,” he said.

Milley had an option he could pursue if he truly believed what he said, which was that he could have resigned. He could have told the American people in his resignation letter that he didn’t believe Trump was sane and that he couldn’t in good conscience follow orders from him. And he could then have left it to Pelosi to follow the Constitution and institute proceedings as provided by the 25th Amendment to remove a president unfit to fulfill his duties.

But he didn’t do that. Instead, Milley instigated a military coup against the president of the United States.

This after he was secretly conducting foreign policy and giving assurances to our most dangerous international adversary that America would not act against them.

What if, based on Milley’s conversations with Li, the Chinese had seized on what they saw as an opportunity to attack Taiwan? That isn’t a fanciful scenario, you know; they’ve been preparing for it since long before October of last year and are now openly aggressive toward the Taiwanese. It seems only a matter of time before the balloon goes up over the South China Sea. For Milley to have defanged this country via a backchannel is a gross violation of the chain of command.

At the very minimum.

Last week in a column in this space, I argued Milley and the rest of the Biden national security and foreign policy team should all be impeached over the utter calamity that was the Afghanistan withdrawal. It isn’t necessary to revisit Milley’s role in that: shilling for the abandonment of Bagram Air Base in the middle of the night and thus opening the door to the predictable likelihood that his Chinese pals will end up with it. That decision had an awful lot to do with the loss of those 13 American servicemen to an ISIS suicide bomber amid the needlessly chaotic withdrawal from Kabul.

Giving up Bagram and withdrawing from Afghanistan in the fashion we did is something Milley is now saying was the best we could do. But he undermined Trump’s efforts to get our troops out of Afghanistan in far more advantageous circumstances; Trump tried to pull them all out before leaving office, and if he’d done so, it would have been in the middle of the winter, months before the Taliban’s fighting season began anew. Instead, Milley was party to an even more irresponsible, helter-skelter retreat on behalf of a president far more cognitively unstable than Trump had ever been.

But he never tried to countermand Joe Biden’s orders.

Our constitutional system cannot survive the treachery of men like Mark Milley. He has to be removed from his position. Frankly, in a nation serious about its own laws and willing to uphold the standards which built it, Mark Milley would be facing a court martial under a charge of sedition and possibly treason, with the not-insignificant potential of the rest of his life spent in Leavenworth and an unnatural death at the hands of military justice.

But sadly, there will be no such proceedings and we all know it. The best we can hope for is that someone in the House will at least bring impeachment articles against Milley and force the current Democrat majority to attempt to squelch them, thus likely suffering the wrath of the American voters in the elections a bit more than a year from now. Milley would resign and accept a cushy job at some lobbying firm or defense contractor long before he’d ever be removed, and almost certainly cash in with a corrupt book deal.

But at least some degree of official opprobrium might be laid on him. Even if it comes at the end of a strongly worded letter rather than the end of a rope.