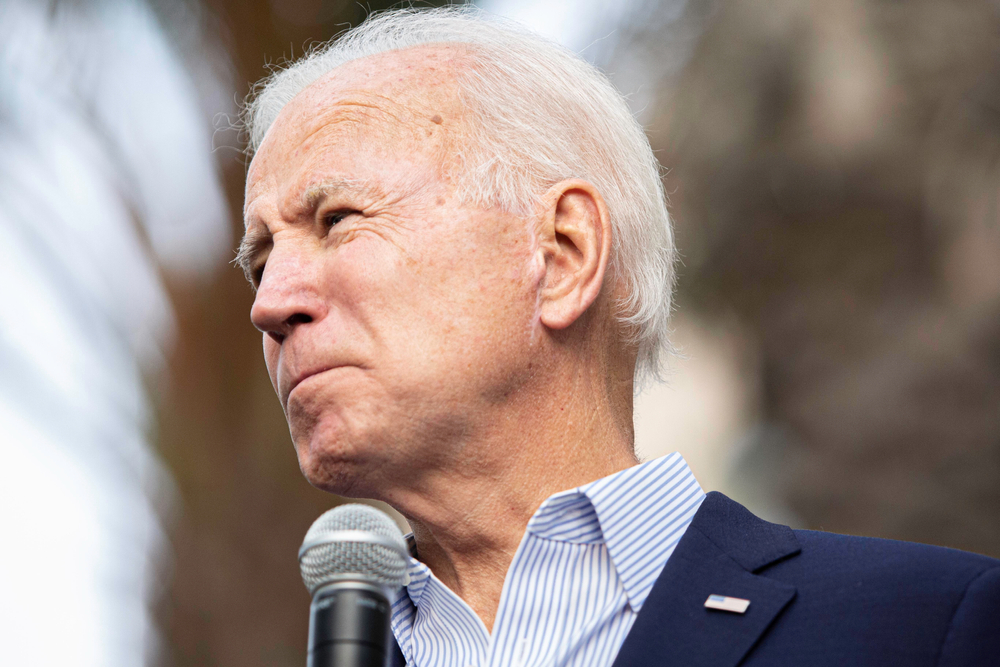 “Get vaccinated,” whispered the doddering, white-haired failure of a president before beating a hasty retreat from the podium. Reporters barked questions at him which neither he nor his handlers had interest in answering, because they have no answers.

Joe Biden has no answers for COVID-19. What Joe Biden has is blame and Otherization for Americans not invested in the tired narratives of his handlers and the managerial elite he represents so badly.

Despite universal, dishonest media coverage propping up his administration this man has botched everything he has touched for the eight months he’s occupied the White House, culminating in an historic, dishonorable humiliation in Afghanistan which has driven his approval ratings into the 30’s. Biden’s handlers have panicked, pivoting to the one issue America has yet to recognize his misgovernance in.

There won’t be any hiding for Biden now, as he’s turned his entire presidency into an engine of Covidian dystopia. We’ll soon find out whether the American people will stand for it, and the answer might well determine the future of the country.

The chief theme of Biden’s COVID speech is that people yet to be vaccinated against the virus are the Other, and must be punished by being denied access to public places, jobs and other avenues of mainstream American life. Biden actually said “to the vaccinated we understand your anger at the unvaccinated,” and that “our patience is wearing thin” for those yet to take the jab.

They might as well be Jews, Kulaks, Tutsis or Armenians for the level of invective the President of the United States attacked them with Thursday.

He announced an OSHA rule which would punish businesses with more than 100 employees with a fine of some $14,000 for each violation of  a mandate that those companies require vaccinations or weekly testing for their employees. That’s going to apply to some 80 million Americans, and it’s done without even a proposed piece of legislation in Congress.

The Daily Wire’s CEO, Jeremy Boreing, might have been the first to publicly announce noncompliance. “The Daily Wire has well over 100 employees,” he said in a tweet as Biden spoke. “We will not enforce Joe Biden’s unconstitutional and tyrannical vaccine mandate. We will use every tool at our disposal, including legal action, to resist this overreach.”

Biden directly challenged governors who have fought vaccine mandates in school systems, singling out Florida’s Ron DeSantis without using his name. Biden said the federal government would step in to provide funding for the salaries of school system employees DeSantis would stop paying for violating his ban on local vaccine mandates. Where he’ll get the funding for that without a congressional appropriation is a good question.

He threatened to get DeSantis and other elected state officials “out of the way,” without spelling out what that meant. Then he embraced DeSantis’ strategy to make monoclonal antibody infusions available in a widespread manner, something Biden’s media allies had trashed DeSantis for.

The speech was an exercise in Funhouse Mirror Civics. Nothing in it was remotely consonant with the constitutional doctrine of limited government. U.S. Rep. Mike Johnson (R-Louisiana), head of the Republican Study Committee, was in a fury after watching it.

“President Biden can barely remember what day of the week it is — and now he wants to shred the Constitution and impose a mandate he has no authority to impose or means to enforce,” said Johnson. “This is yet another brazen overreach by an administration that makes everything it touches worse. In America, we protect the rights of the people to make the best decisions for their own families.”

Biden now insists on more COVID testing, more contact tracing. He’s demanding that all employees of medical facilities accepting payments from Medicare and Medicaid be vaccinated. Doctors and nurses are among some of the people most resistant to taking the vaccine, largely because so many of them have already had the virus and possess natural immunity – which an Israeli study shows is 13 times more effective in protecting people from contracting it again than the vaccine is.

He demanded that air travelers subjected to dehumanizing treatment aboard planes “show some respect” rather than protest the restrictive harangues the TSA has forced flight attendants to perform. And he demanded that all federal employees take the jab, which is an open and blatant attempt at purging those unconvinced by the shifting-sands pronouncements of Anthony Fauci and the rest of our failed medical elite.

It might not have been an accident that this speech would hit just a couple of days after a bombshell piece appeared at The Intercept which made it nearly impossible not to conclude COVID-19 was the product of taxpayer-funded gain-of-function research, an expose which paints Fauci as a liar with clear criminal exposure for his multiple false statements in Congressional testimony.

Very little of what Biden demanded will become public policy, particularly in the states run by the governors he attacked. Most of it will be challenged, successfully, in court; the rest will be quietly dropped after the fact when and if it’s clear America won’t stand for its enforcement.

But the economic effects of what Biden is demanding will be real. The disruption of the workforce this will cause will damage the supply chain, the housing market, education, transportation, almost every industry.

Ace of Spades noted that Biden’s handlers see that as a feature, rather than a bug…

I’d go further and say This is the entire reason for this unconstitutional power-grab. He knows he faces an increasingly likely wipe-out in 2022: He must do something, then, to change the trajectory.

If he can’t fix the economy, he’ll fix blame.

That’s almost certainly correct. It’s a move straight from the tyrant’s playbook. Always have an Other you can demonize. The unvaccinated, and the mask-resisters, are Biden’s. They will be blamed for all of the ills of his administration.

Let’s remember that Joe Biden never once mentioned a word about the unvaccinated, and even COVID-positive, illegals he is turning loose at bus stations all over America in his Thursday speech. He is literally importing COVID patients into communities all over the country and then demanding mandates and restrictions upon the American people in order to fight that same virus.

We are so far behind the looking glass right now it is amazing we don’t have blood in the streets. It’s hard not to foresee that – but easy to see that chaos and civil disturbance is what Biden’s handlers want. College football fans chant “F**k Joe Biden” on Saturday in stadiums all over the country, and five days later here is Biden demanding that the managers of those stadiums impose vaccine mandates on the fans.

On Saturday is the 20th anniversary of the September 11 terrorist attacks. Joe Biden has no plans to address the nation on that day. Perhaps he realizes he can’t be heard over the din of Americans joining in the “F**k Joe Biden” chant.

But Biden and his handlers are pushing, pushing. They want another One Six they can get mileage from. They need something they can use to turn the catastrophic public tide, which has pulled his presidency’s approval ratings under the waves. It’s imperative, as difficult as it might be, that regular Americans not take his bait.

It’s clear dividing the country on COVID vaccinations, and laying in wait for those who disobey, is their strategy.

They’re dangerous. Far more so than the virus. The precedent they are attempting to set will destroy what remains of constitutional governance in America. It cannot stand, and must be resisted.