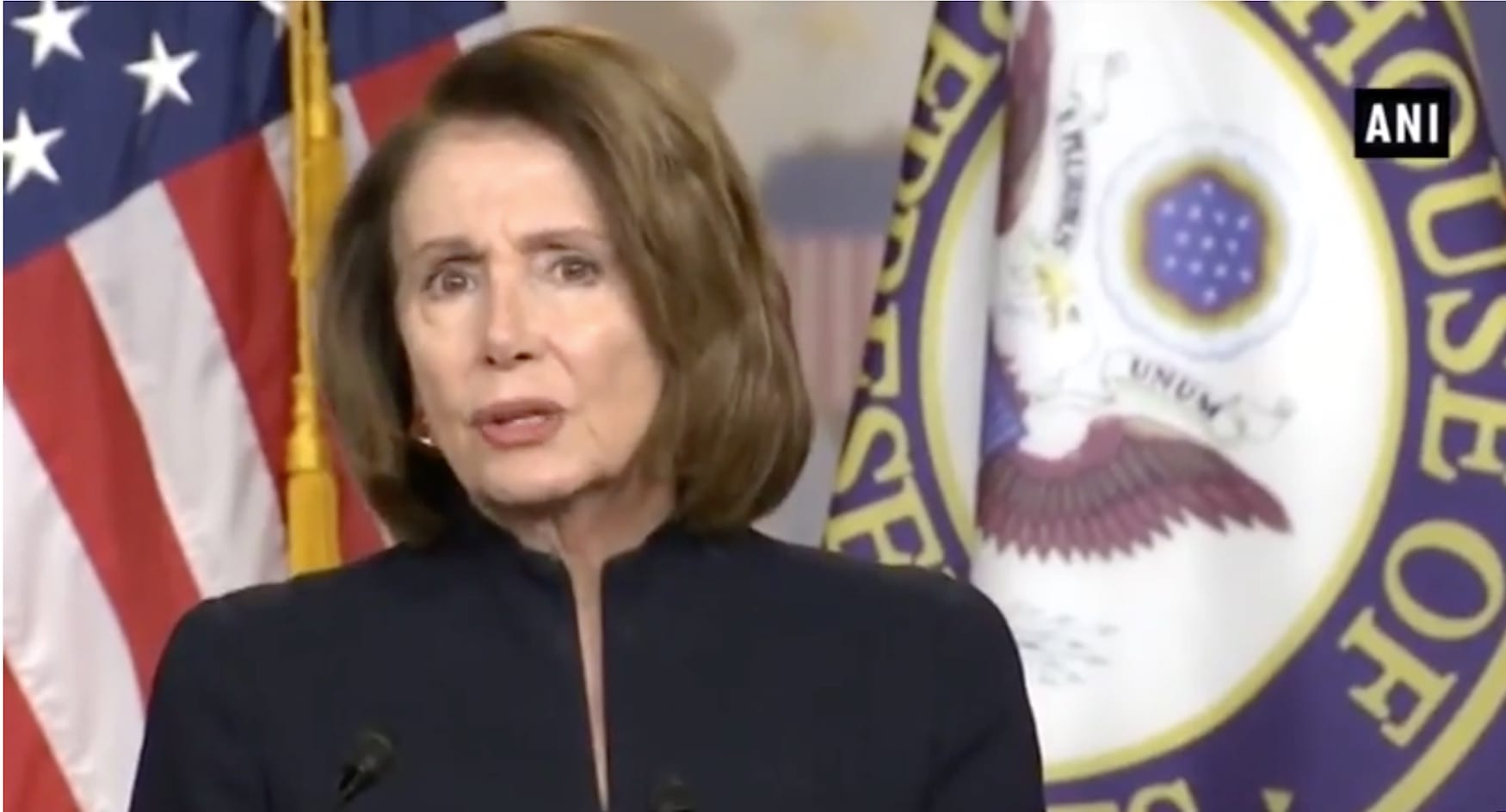 More Politics
Sign up to receive our latest updates!
Register
Hot Off
The Press
In Print Fall 2022
Serious and Funny
by Byron York
Ben Stein's Diary
Weekend Sadness
by Ben Stein
Biden Watch
The Biden With His Hand Out
by Debra J. Saunders
Buy the Book
Edgar Allan Poe’s Love-Hate Relationship With the City
by Leonora Cravotta
Politics
A Shoutout to Silent Cal for Presidents’ Day
by Lawrence W. Reed

Kakistocracy is a badly underused word which needs to make a major comeback this year, as it is perfectly descriptive of the cabal of loons, clowns, demagogues, crooks and halfwits who are now in charge of the House of Representatives.

The literal definition of the word is a system of government which is run by the worst, least qualified, or most unscrupulous citizens. It’s been around for a few hundred years, but overtaken by others perhaps more colorful to describe slimeball government. Kleptocracy, for example, has a real ring to it.

But in surveying the crowd now in charge, who elected Nancy Pelosi for another tour of duty as the Speaker of the House, it’s not enough to call this a kleptocracy or an idiocracy. There are for certain crooks and idiots among the new House majority, and even within its leadership and committee chairs.

But there is so much more depravity and disqualification than that. Kakistocracy is really the word.

Start with Pelosi, who’s a proven commodity. She got four years as House Speaker from 2007-2011, after which the American people reacted to her governance as they would a rabid coyote in the front yard. She’s hardly improved since — if anything, the episodic moonbattery, unnatural facial tics, brazen public untruths, and irrational pronouncements have become even more frequent and frightening than they were a dozen years ago. That’s not a surprise given Pelosi’s age and clearly declining faculties.

But it gets far worse. The Democrats didn’t bring in any new blood from their previous team of leadership — the one which frittered away their previous majority. You’ve still got Steny Hoyer as the majority leader and James Clyburn as the whip, neither of whom are particularly good spokesmen for what they’d like to present as a youthful, hip, and energetic political movement.

For that presentation, by the way, on offer is the freshman class — the most prominent names in which are Ilhan Omar, a Somali Muslim from Minneapolis who it appears might be married to her own brother and whose only contribution to the national debate so far seems to be a radical hatred of Israel, and the comically ignorant Alexandria Ocasio-Cortez, whose façade of street-kid tough upbringing is as poorly constructed as her understanding of civics and economics. It’s not much of a look, particularly if they want to hold the center.

Then there’s Brad Sherman, the California leftist who couldn’t even make it to noon on Jan. 3 before filing articles of impeachment against President Trump. Sherman was able to act so quickly because he’d filed the same thing back in 2017. Sherman, once voted the second meanest member of Congress behind the hilarious troglodyte Sheila Jackson Lee of the slums of Houston, didn’t wait for guidance from the leadership before rushing off to the impeachment wars. In fact, his impeachment move flies in the face of Pelosi’s statement that “We shouldn’t be impeaching for a political reason, and we shouldn’t avoid impeachment for a political reason.”

Making Pelosi look like an idiot is too easy for blame, but Sherman’s impeachment move also made a monkey out of the new House Judiciary Chairman Jerrold Nadler — who stepped away from his usual hyperpartisan conspiracy theorizing to offer a moment of lucidity to Roll Call back in November, when he said…

“If you’re serious about removing a president from office, what you’re really doing is overturning the result of the last election,” Nadler said. “You don’t want to have a situation where you tear this country apart and for the next 30 years half the country’s saying ‘We won the election, you stole it.’”

So much for those concerns.

They’d be over the head of Nadler’s Judiciary Committee colleague Hank Johnson, who once worried Guam would tip over if too many Marines were stationed there. Johnson, who suffers from Hepatitis-C, a disease commonly found in heroin addicts who’ve shot themselves up with dirty needles, ranted Tuesday about Trump and his voters at a speech in front of the Atlanta NAACP. While comparing the president to Adolf Hitler, Johnson said that Trump voters “are older, less educated, less prosperous, and they are dying early. Their life spans are decreasing, and many are dying from alcoholism, drug overdoses, liver disease, or simply a broken heart.”

He should know. At least Johnson didn’t compare them to termites, an analogy he apparently reserves for Jews.

Hank Johnson takes over the chairmanship of the House Judiciary Subcommittee on Courts, Intellectual Property and the Internet this week.

And of course there’s the bug-eyed cretin Adam Schiff, whose unhinged accusations to the tune that the Russians were laundering money for the Trump Organization will now get a full hearing at the House Intelligence Committee that he’ll be chairing. Schiff, who has been in Congress since 2001 but was one of the more obscure back-benchers in the House until the Trump-and-the-Russians meme became the centerpiece of Democrat politics, claims to have been a friend of the late anti-Trump Republican John McCain — which is about the closest thing to bipartisanship you’re going to see from the new cabal in charge.

It obviously doesn’t get better from there. Not when Maxine Waters is about to chair the House Financial Services Committee. Or when Eddie Bernice Johnson, the ethically-challenged 83-year old representing the Dallas slums (she was caught giving out Congressional Black Caucus Foundation scholarships worth $31,000 to family and friends, something she had her campaign manager hide from her Wikipedia page), is now in charge of the House Science, Space and Technology Committee — which will now focus on “climate change” to the virtual exclusion of everything else. Or when New Jersey crook Frank Pallone takes over the House Energy and Commerce Committee. Or when the leftist loons Elliot Engel (Foreign Affairs) and Raul Grijalva (Natural Resources) become committee chairmen.

The Left is excited about the weaponization of the House Majority this collection of nuts, villains, and imbeciles will practice upon the Trump White House. Perhaps they shouldn’t be. The suburban housewives who flipped from the GOP to the Democrats in the 2018 midterm elections weren’t exactly screaming for investigations and impeachments nonstop at the ballot box, and most of the elections which flipped the House were quite close. If anything, the swing voters were trying to punish Trump for his mean tweets — and they may not be pleased to find out their votes actually produced more fighting rather than less.

Dennis Prager wrote in National Review this week that this mob of nincompoops will make 2019 a dark political year. It’s difficult to estimate Prager wrong. But if there is a silver lining here, it’s that Americans are unlikely to take what’s to come in much of a good humor — and that would mean 2020 is likely to look a whole lot sunnier, particularly when elections come around again.