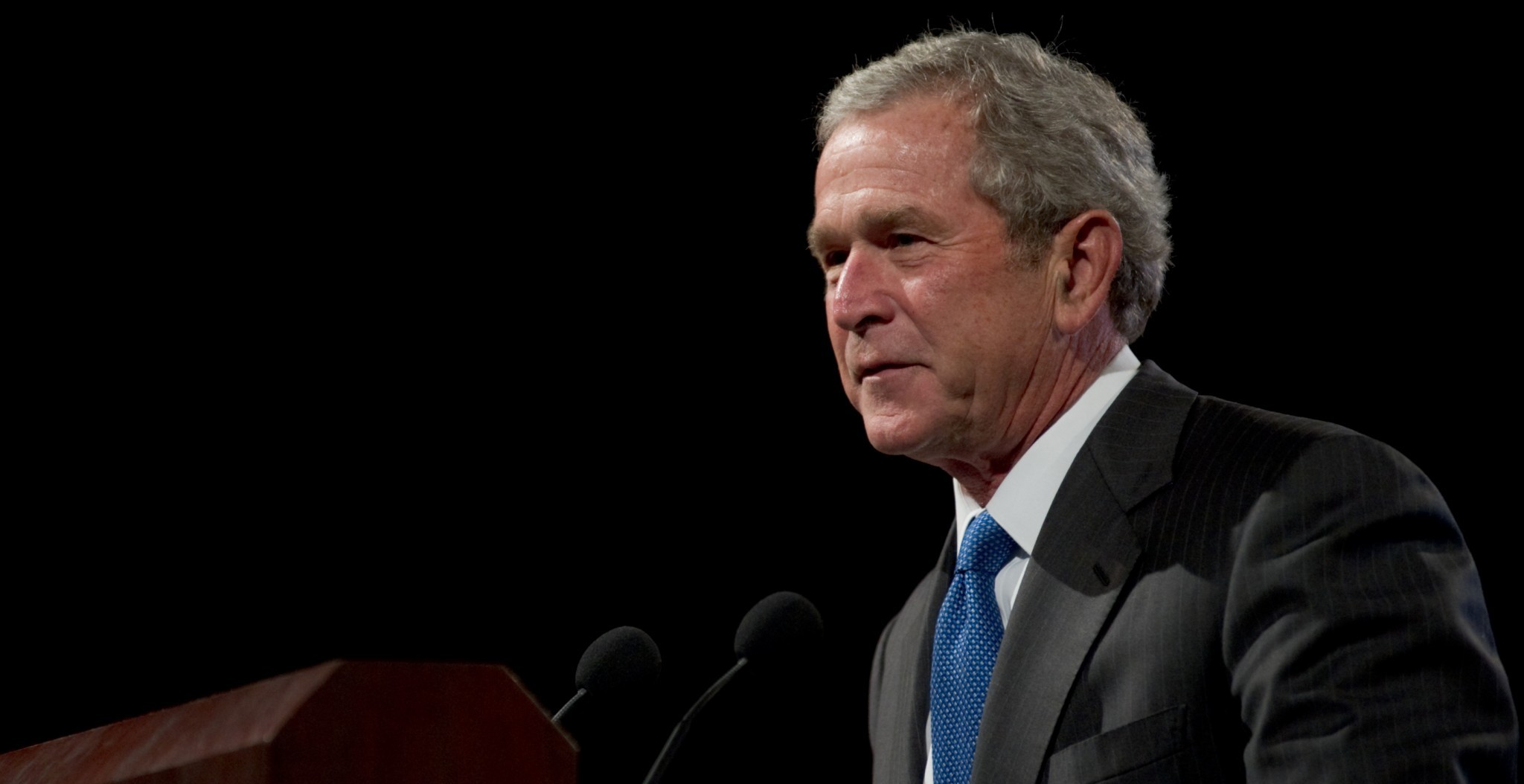 Young, the excellent conservative comedian and political commentator, took to Twitter after viewing the insulting Shanksville speech former President George W. Bush dropped onto the heads of the American people, and dropped some truth on Bush’s head.

“The more I hear from George W Bush,” Young tweeted, “the more I realize there was never really a choice in presidential elections in my lifetime until 2016.”

What was it that Bush said which prompted Young’s outburst? Most notably, this obnoxious statement during Bush’s speech commemorating the 20th anniversary of 9/11 at the memorial in rural Pennsylvania:

That has to be the dumbest, most contemptuous statement ever made by an American president about people who mostly voted for him.

Bush was clearly talking about the protesters who demonstrated at the U.S. Capitol on January 6 of this year. At least, that’s how his statement was taken, and he’s done nothing to disabuse people of that notion. Had he clarified that the rioters of Black Lives Matter and Antifa were his real target, seeing as though the “mostly peaceful” riots and carnage they put on display all summer long in 2020 created scenes much more reminiscent of 9/11 than anything on January 6, Bush’s statement would have been only partially awful.

But nope — Bush said what he said, and then he went back to his primitive portrait studio in Dallas. We’ve seen the last of him until he has another opportunity to insult his own voters.

So you’ll know, and you surely already do, insulting supporters is the defining characteristic of Bush Republicanism. George Herbert Walker Bush was insulting conservatives and conservatism all the way back in 1980, only to tell a bald-faced lie to us in 1988 when he promised he’d never raise taxes. Then he sold out his own voters in the name of surrender to the Democrat wolves on Capitol Hill; apparently, that was how he expected to produce the “kinder, gentler nation” he was so keen to promise us.

This was after Ronald Reagan had created untold economic prosperity, won the Cold War, and placed America in a position of cultural dominance no nation in world history had ever achieved. Somehow that wasn’t good enough for Bush père, who so insulted his own voters that a third of them bolted to Ross Perot in 1992 and made Bill Clinton president.

And then, in 2000, along came W, who held out that he was a “compassionate” conservative — as though conservatives, who give the lion’s share of the money flowing into American charities and dominate the most loving and peaceful communities in the country, lack compassion. It’s a terrible shame that he was the best the GOP could do that year. He got the nomination for the simple reason that everybody understood John McCain was worse.

As Young said, there was no real choice in that election. You were going to get a terrible excuse for a leader either way in the 2000 primaries, and then you were going to be stuck with either W or the unhinged loon Al Gore who might actually have been a less disastrous president.

George W. Bush was the Jimmy Carter of the Republican Party. He sold out his voters on immigration, refusing to do anything about the border and allowing for the demographic changes the Democrats are so sure will create their mythical future dominance, on behalf of corporate America and the cheap labor demanded by the U.S. Chamber of Commerce. He did nothing about Bill Clinton’s housing time bomb, which led to the 2008 economic crash.

And he responded to 9/11 by launching America into two wars we lost.

Why is Khalid Sheikh Mohammed still alive? Why wasn’t he tried and executed within 20 months of his capture? It’s been 20 years and he still languishes in Guantanamo Bay at U.S. taxpayer expense. Bush meanwhile failed to get Osama bin Laden, Ayman al-Zawahiri, or Mullah Omar for seven years between 9/11 and the end of his presidency despite hundreds of billions of dollars and thousands of American lives spent. He found a way to make America synonymous with torture, did nothing about the clear Saudi funding of Islamic terrorism leading up to 9/11, launched us on a stupid campaign of globalist fancy by pretending that inside every Pashtun, Bedouin, or Tuareg tribesman is a Jeffersonian democrat pining to get out, and delivered nothing of the slightest value to his own voters on domestic policy.

Bush forced the Republican Party to defend corporate bailouts and hopeless nation-building in the most backward country on earth. He single-handedly created Iran as the most dominant force in Middle East politics, and he greatly accelerated, though perhaps not with the earnest aplomb of Clinton or Barack Obama, the rise of China as a global superpower through awful trade policy.

And he created the Orwellian security state which predictably metastasized into a weapon used by the ruling class against the American people.

Worse than that, Bush funded the Pakistani government from whose meddling and manipulation the Taliban had come — and still come — in the first place. He sent American troops off to fight a war in which he was funding both sides. And no, the fact that Bush’s successors never bothered to fix that idiocy doesn’t excuse him.

Bush fixed nothing. Of value, he created nothing. He was given the trust of the American people in a moment where we were more unified than since World War II, and he abused and wasted it. Even Bush admits the justification for the Iraq War was false.

And now we get the stupid and insulting equivalence of Ashli Babbitt with Mohammed Atta.

Shut up and go away, Dubya. You’ve done enough.