by George Neumayr
Former FBI Director James Comey testifies in front of the Senate Intelligence Committee during a hearing in the Hart Senate Office building on June 8, 2017, in Washington, D.C. 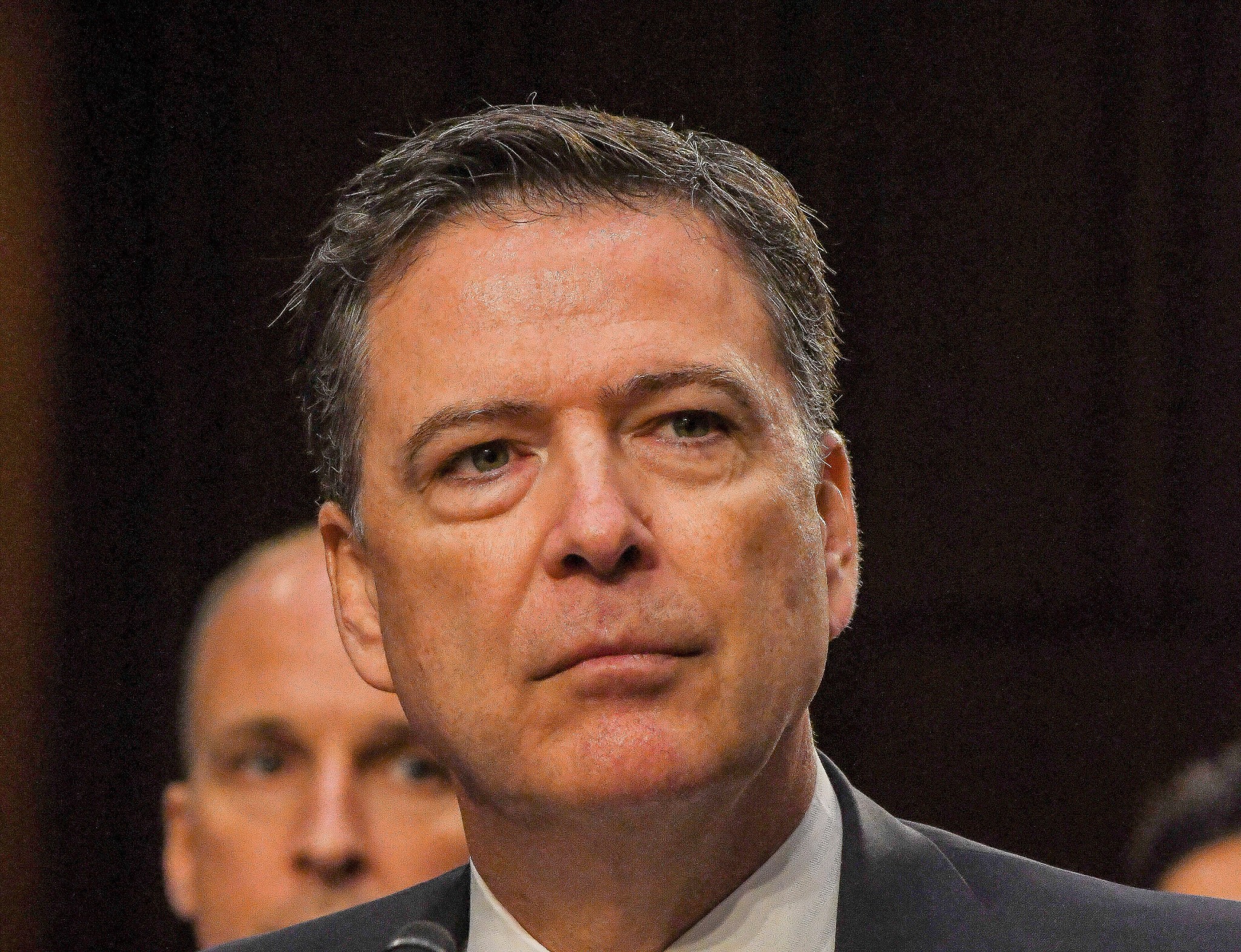 The Michael Sussmann trial has shed light on the partisan clown show James Comey ran at the FBI. The trial so far is not an indictment of the FBI’s little fish — the nonpartisan agents in the trenches who suspected Sussmann’s Trump-Russia yarn was nonsense — but the big fish, Comey’s liberal leadership on the 7th floor of the FBI. It has come out in the trial that an FBI supervisor wrote a lower agent: “People on the 7th floor to include Director are fired up about this server” — a reference to Sussmann’s claim that a secret channel existed between the Trump Organization and a Kremlin-linked bank.

During the 2016 campaign, Sussmann, a lawyer working for Hillary Clinton, had set up a cozy meeting with FBI counsel James Baker to pitch this claim. Baker says that Sussmann requested the meeting while denying any work on behalf of a political client, which is the matter at issue in the trial. But the ease with which Sussmann, a well-known Democratic lawyer, got the meeting and the informality of it — Baker didn’t bother to invite a special agent to it — indicated already the doltish liberal atmosphere at Comey’s FBI. Could a Republican lawyer have set up such a meeting so casually? Surely not. And why, exactly, would the principals at the FBI have been so “fired” up by Sussmann’s feeble claim? Had they even looked at the shoddy brief (called a “white paper”) he gave Baker?

In some of the most embarrassing testimony in the trial, one FBI agent described his reaction upon reading Sussmann’s white paper: “I thought perhaps the person who drafted this document was suffering from a mental disability.” This agent said that Sussmann’s white paper was laughably hacky. “I felt that whoever had written that paper had jumped to some conclusions that were not supported by the technical data,” he said. “I did not feel they were objective in the conclusions they came to. The assumption is so far-reaching it just didn’t make any sense.”

Peter Strzok, the FBI agent who told his colleague and mistress Lisa Page that he would “stop” Trump, helped drive this ludicrous investigation. Judging just by this trial, Comey and his top brass look about as professional and nonpartisan as an MSNBC panel. (Naturally, some of them have now joined the network, including Lisa Page.) Only those in the grip of Trump Derangement Syndrome could have taken the whoppers of Sussmann seriously. And it turns out that Strzok and company wouldn’t even let the lower agents do their investigation properly. Smelling a rat, they wanted to interview Sussmann to assess the quality of his claim. But the higher-ups wouldn’t let them.

“FBI agent Curtis Heide testified that he and another agent tasked with running down the so-called secret server claims repeatedly asked officials at FBI headquarters for permission to interview the source of the data and ‘white papers’ that spurred the investigation,” reports Politico. “However, those requests were rebuffed, he said. ‘That made your investigation incomplete, did it not?’ defense attorney Sean Berkowitz asked. ’Yes,’ Heide replied.”

Why was the FBI brass protecting Sussmann? “It appears that we were getting more and more information from people who were anonymous and headquarters was not giving us the ability to go interview them,” according to Heide. Agents were told that the source who prompted the investigation was a “close hold.” Some of the agents even thought the alleged information came from the Department of Justice, as the FBI document opening the investigation says: “the DEPARTMENT OF JUSTICE provided the FBI with a white paper that was produced by an anonymous third party.”

Ironically, Sussmann is using the very slipshod investigation that he instigated as his defense in the case. His lawyers are arguing that the lie he told Baker was immaterial and didn’t matter to the investigation. In a way, Sussmann is right. The FBI’s partisans would have investigated his claim even if they had known he was on Hillary’s payroll. At the very least, they were aware of his ties to the Democratic Party and didn’t care, as evident in the shielding of him from their own agents. For all intents and purposes, Sussmann was on the same team as Obama’s FBI and Justice Department, which explains why they would categorize him as a “close hold.”

The revelations trickling out of the investigation by special counsel John Durham form a staggering picture. The incompetence of Comey’s FBI was only exceeded by its partisanship. Its 7th floor might as well have been an annex of the Hillary Clinton campaign. Through her intermediaries, she secured FISA warrants and investigations against her opponent’s campaign.

For all of her complaining about Comey, he was a partisan dolt in her pocket, unilaterally saving her from an indictment and harassing her opponent based on opposition research that she financed. It is hard to say which is the more pathetic image of the Comey years: his confronting Trump over Russian “kompromat” that was just a jokey smear from a Democratic operative in Washington, or this latest image from the Sussmann trial of Comey and his minions browbeating agents into investigating a hoax while keeping them in the dark about its author.